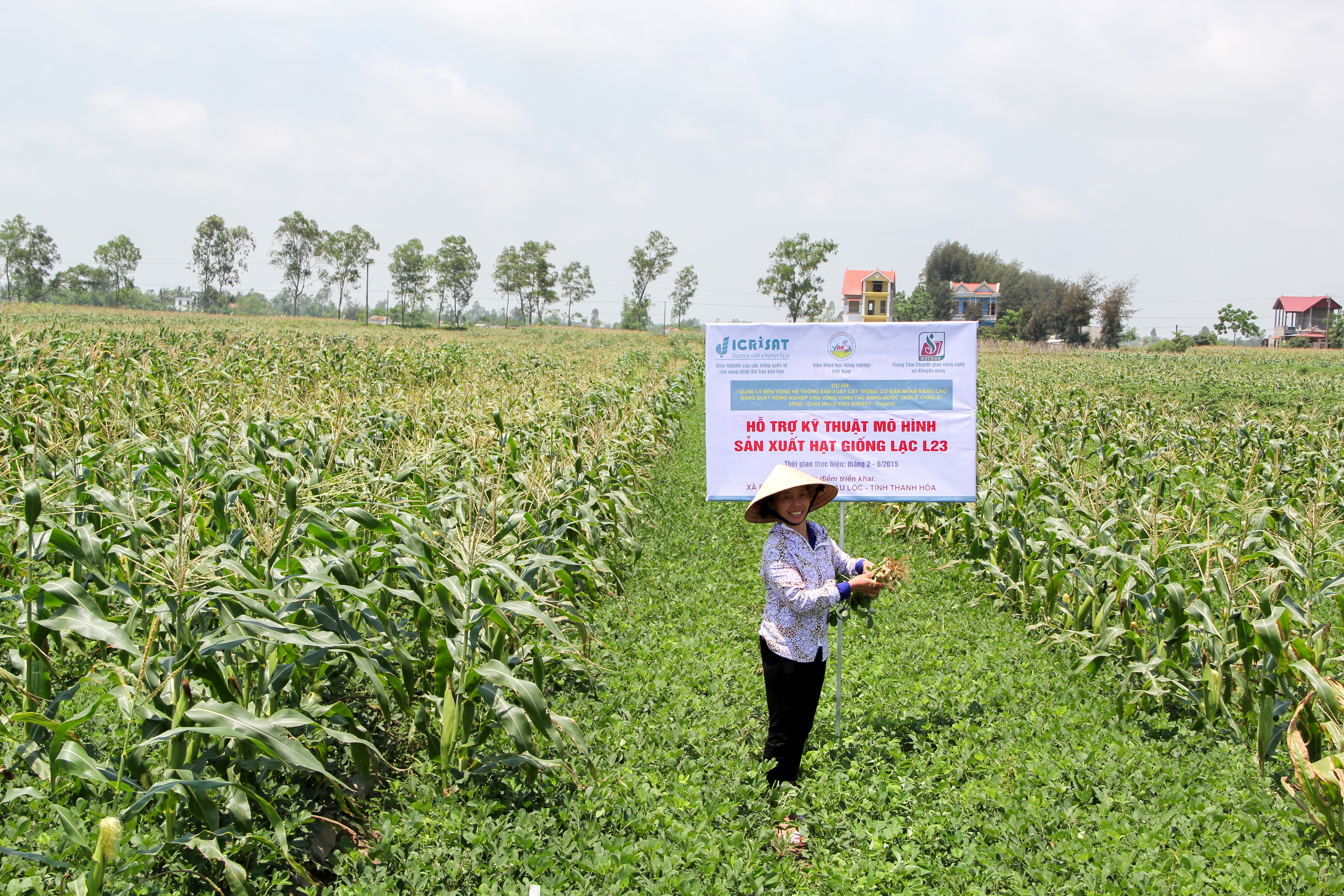 Cross-country collaboration between Lao PDR, Vietnam, Nepal and India is leading to inclusion of legumes in crop rotation for soil nutrient sustainability as well as in the largely cereal-based daily diets of Lao PDR people which is leading to enhanced nutrition security. Researchers from Lao PDR received seeds of improved groundnut varieties and mung bean and learnt the sustainable intensification technologies of production for these two crops from their counterparts in Vietnam.

During a recent annual review meeting of the International Fund for Agricultural Development (IFAD) grant project, the project achievements were highlighted:

Intercropping with grain legumes was a key strategy identified to improve productivity and sustainability of rainfed agriculture in the project countries. Through farmer-participatory field trials, the productive intercropping options identified to intensify and diversify rainfed cropping systems in these regions were:

Country specific achievements for the period of 2012-13 to 2015-16 cropping seasons are highlighted below. At the review meeting, climate change effects in project sites were highlighted as a growing concern, particularly less water availability. Over 10,000 ha of rice area suffered from low water availability in Vietnam last year, which was not witnessed earlier over such a large extent. Dr Nguyen Hong San, Vice President, Vietnam Academy of Agricultural Sciences (VAAS) noted that in the wake of these climate change scenarios, there is an urgent need to move away from low net-income earning rice crop to high net-income alternative crops in upland areas. Climate resilient grain legumes are the best alternative crops for these regions. Dr Wani, Research Program Director-Asia, ICRISAT, urged the partners to document the success stories of the project and make them available on the project website to facilitate cross-learning.

In Rajasthan, India, it was observed that improved varieties/hybrids crops have contributed significantly to intensification of crop production in the target areas. The NGO Mitigating Poverty in Western Rajasthan (MPOWER) is the project partner in Rajasthan The improved varieties are contributing to enhanced crop yield and net income to farmers. Simple interventions like seed coating of Molybdenum in pigeonpea, intercropping of pigeonpea with soybean and ridge-planting of pigeonpea have contributed to significant yield increase in the project sites of Madhya Pradesh state in India.