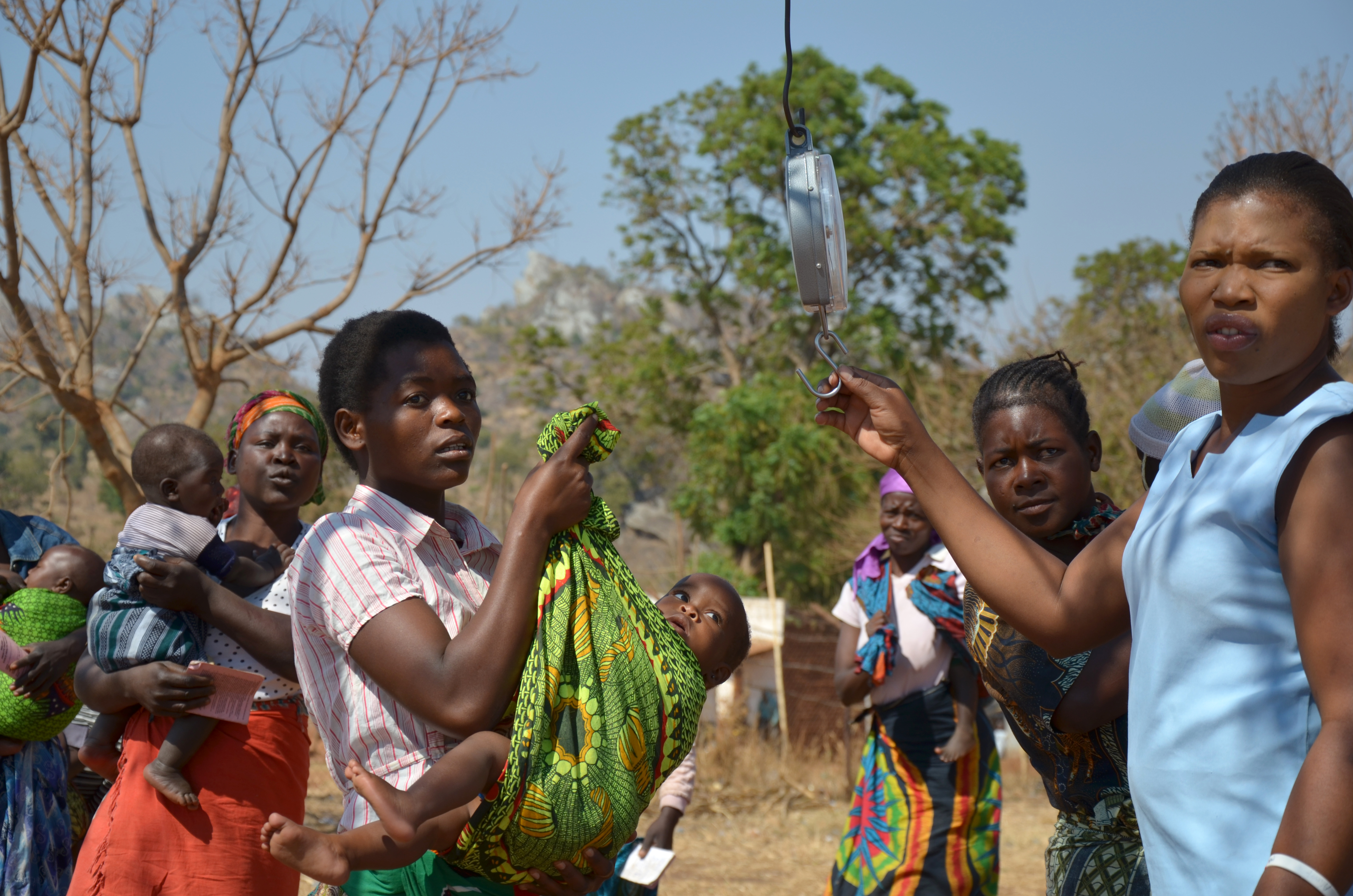 Children being weighed as part of a health check in a village in Malawi. Photo: A Paul-Bossuet, ICRISAT

A positive change has been seen in the growth and health of children in just 21 days, by feeding them a nutritious complementary mix consisting of pigeonpea, finger millet, groundnut, carrot and amaranthus leaves; and by addressing factors that inhibit nutrient absorption – hygiene and aflatoxin contamination.

Nutrition studies involving 100 children in Malawi and 70 children in Tanzania, in the age group 6-23 months, showed an improvement in the weight and mid-upper arm circumference (MUAC) measurements of the children. During the 21-day study period the following activities were undertaken:

A baseline study carried out in 2015 had revealed the following:

Currently, the study is ongoing with the existing groups, and the project continues to provide complementary food mix on a monthly basis. The project will continue to record anthropometric measurements of the children.

While this was a short study, and non-conclusive on its impact on stunting, it showed positive results on improved growth, in terms of weight of the children. To study the impact on stunting, a long term study, involving more groups, across several districts needs to be undertaken.

The nutrition study is a component of three different projects (see box). The Irish Aid supported project “Malawi Seed Industry Development Project (MSIDP)-Phase II” has allowed for an expansion of the study area and to include more aspects in the study. The MSIDP-Phase II will address issues pertaining to: quantity of aflatoxin that results in stunting among children; effect of different levels of hygiene on health and stunting; and nutrient levels in crops and its impact on stunting. Studies are therefore planned on each of the above components through different intervention groups. Different groups will monitor the aflatoxin, hygiene and nutrition component, and their impact on malnutrition and stunting. Bioavailability studies will also be carried out.

Taking a holistic approach to nutrition, the project will address the malnutrition and stunting issue from the breeder stage (identify varieties with dense nutrients) and ensure agronomic practices taking care of soil health (microdosing) and crop health (crop rotation, inter cropping), leading to an agronomic bio-fortification process. Once improved nutrient dense grains are available, the project will address the complementary food requirement not just for children, but also for women in the child bearing age group, pregnant women and lactating mothers, by formulating recipes for each group, by including ICRISAT mandate crops that are rich in folic acid, calcium, iron, zinc and other essential nutrients.

The study was led by Dr S Anitha, Consultant, ICRISAT-Malawi, along with five MSc students.