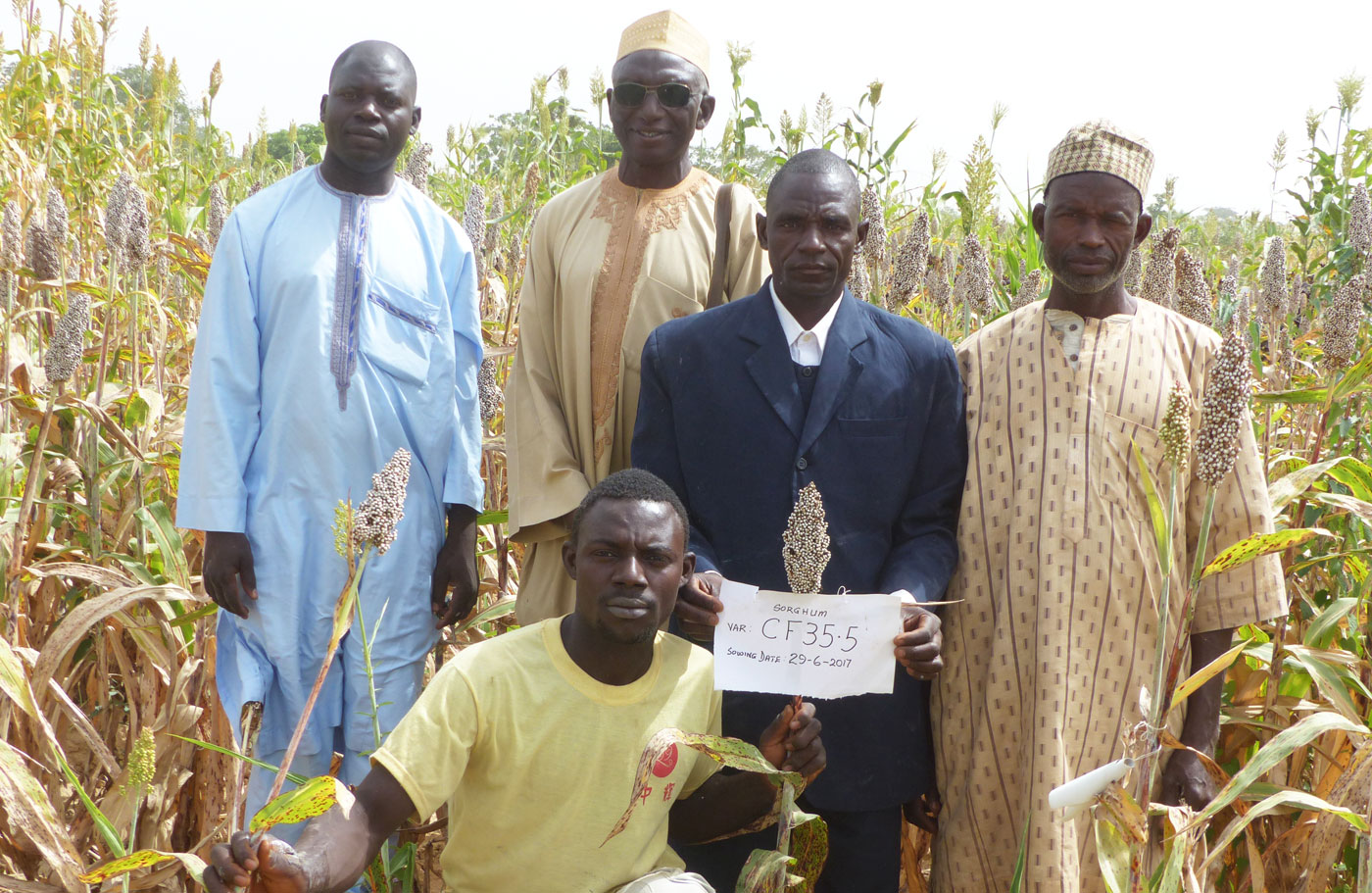 “Friends have come to me asking for seeds of the two improved varieties to grow in their own fields. I said yes! There was no need for me to say more as they were very excited about having sorghum grains as big and pretty as those in my field,” says Abdullahi Shehu, pointing to CF35.5 plants.

Farmer Abdullahi Shehu from Zakirai in Kano state, Nigeria agreed to try two new improved sorghum varieties CF35.5 and KL1. He received 500 g of seeds in mini-packs and in June he planted those alongside his local variety. Three months later into the cropping season, Abdullahi was surprised.

CF35.5, a short variety (<1 meter in height) matured early and produced large panicles with bold grains even without fertilizer application. Another highlight was its tolerance to the deadly parasitic weed Striga, a serious threat to sorghum in the area.

“I am very happy with the results. KL1 performed well too. It is almost at maturity with well-filled grains,” he says.

Impressed with the performance of the two improved varieties, Abdullahi is determined to replace his local variety with the improved varieties. For the next cropping season, he intends to grow only CF35.5 and KL1 in all his fields. Witnessing the outcomes of improved varieties, he is willing to experiment further, “This is the first time I have tried new varieties from researchers. I am lucky and I intend to continue,” he adds. Though Abdullahi Shehu is a champion and has encouraged several sorghum growers in the same village to take a step towards change, his case is not the only one. Across Nigeria and Burkina Faso, farmers who tried the seed mini-packs have developed a strong interest towards new sorghum and pearl millet varieties because they yield higher and mature earlier than the local varieties.

“I tried a small quantity of seed offered by another farmer and the results were impressive. Next year I will plant this variety on my 3 ha field,” concludes Boukari Ouedraogo, a farmer in the north central region of Burkina Faso after experimenting with Sariaso 22, a hybrid sorghum.

The seed mini-packs are being disseminated through the HOPE II project.