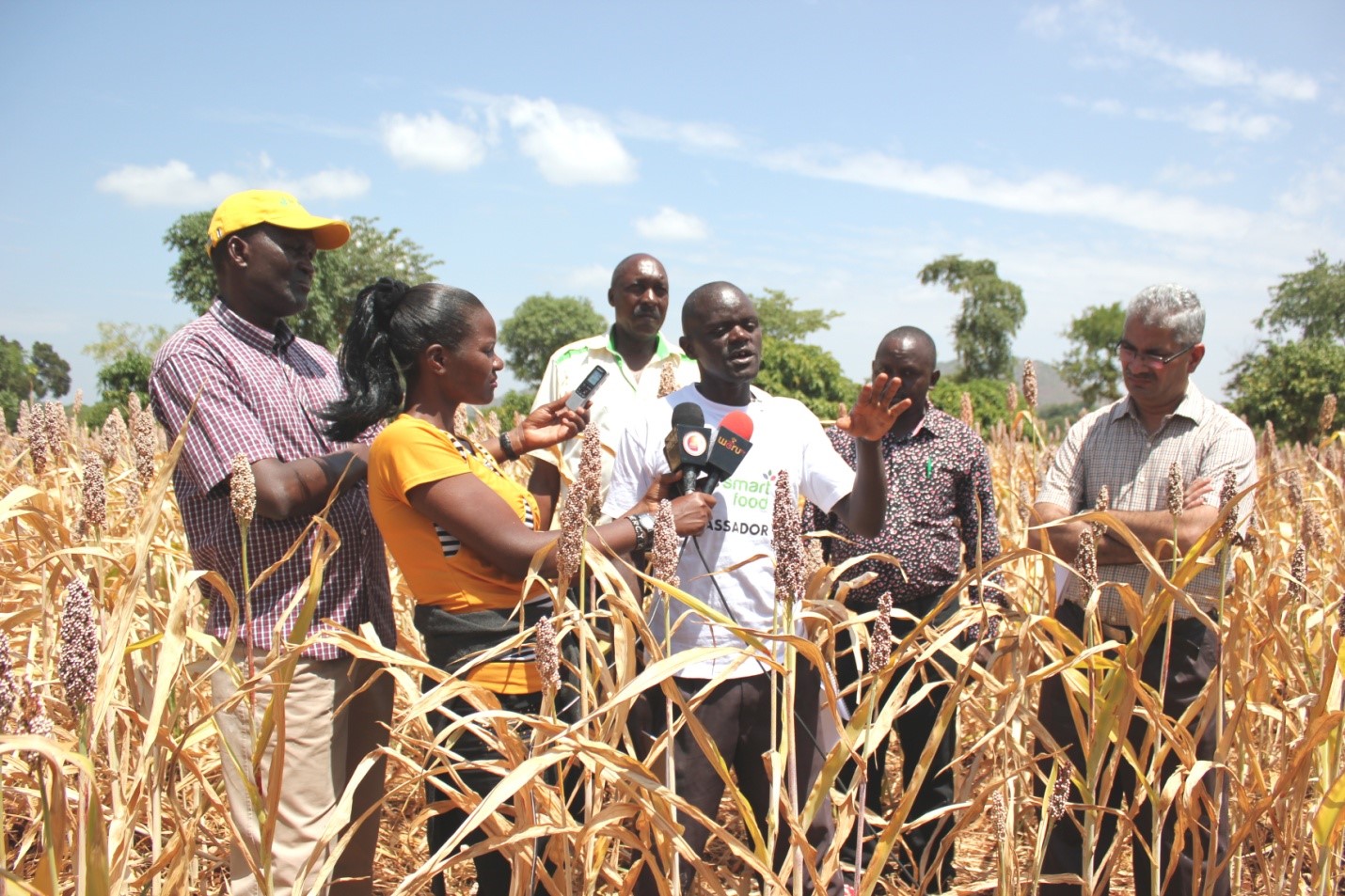 Most parts of Kenya went without rain in the year 2016. According to the Kenyan Government a total of 1.3 million Kenyans are affected by drought. All hope is however not lost. Despite minimal rainfall, farmers in Tharaka Nithi County are defying the harsh weather conditions by farming alternative crops.  With the help of ICRISAT, Mr Shadrack Kithome, a farmer from Chiakariga Ward in Tharaka Nithi County, has adapted to the farming of drought tolerant crops.  Chiakariga ward lies in a semi-arid region where rainfall averages 150mm to 800mm annually with high temperatures during hot seasons.

“I was able to get quality sorghum seed from ICRISAT, and I planted in the month of October. The rains came once in the last week of October and the rains came again for 11 days in November, and then it never rained again, but despite the minimal rainfall I am expecting good yield from my farm” Shadrack said.

“The soil in Chiakariga ward is Nitrogen deficient, and it needs to be boosted with fertilizer.  Fertilizer is very useful especially in the semi-arid areas. However, it has to be used appropriately to avoid ruining the soil” Shadrack added.

“I would like to encourage farmers, especially during this drought season to plant crops that can tolerate the adverse climate. The drought tolerant crops are not only nutritious but also have a good market price and are in high demand in the market,” says Shadrack.

Shadrack Kithome farms not only sorghum but also pearl millet, green grams, cow peas and maize. He is, however, reluctant on planting maize during the drought season as the yield is not sufficient.

Scientists from ICRISAT have been encouraging farmers in Chiakariga ward to embrace farming of drought tolerant crops that can tolerate harsh weather conditions, so they could beat the drought season and at the same time benefit from the nutritious value of the crops.

Eleanor Nekesa, is a Masters student at Daystar University. She is currently attached to the communications office at ICRISAT, Nairobi.