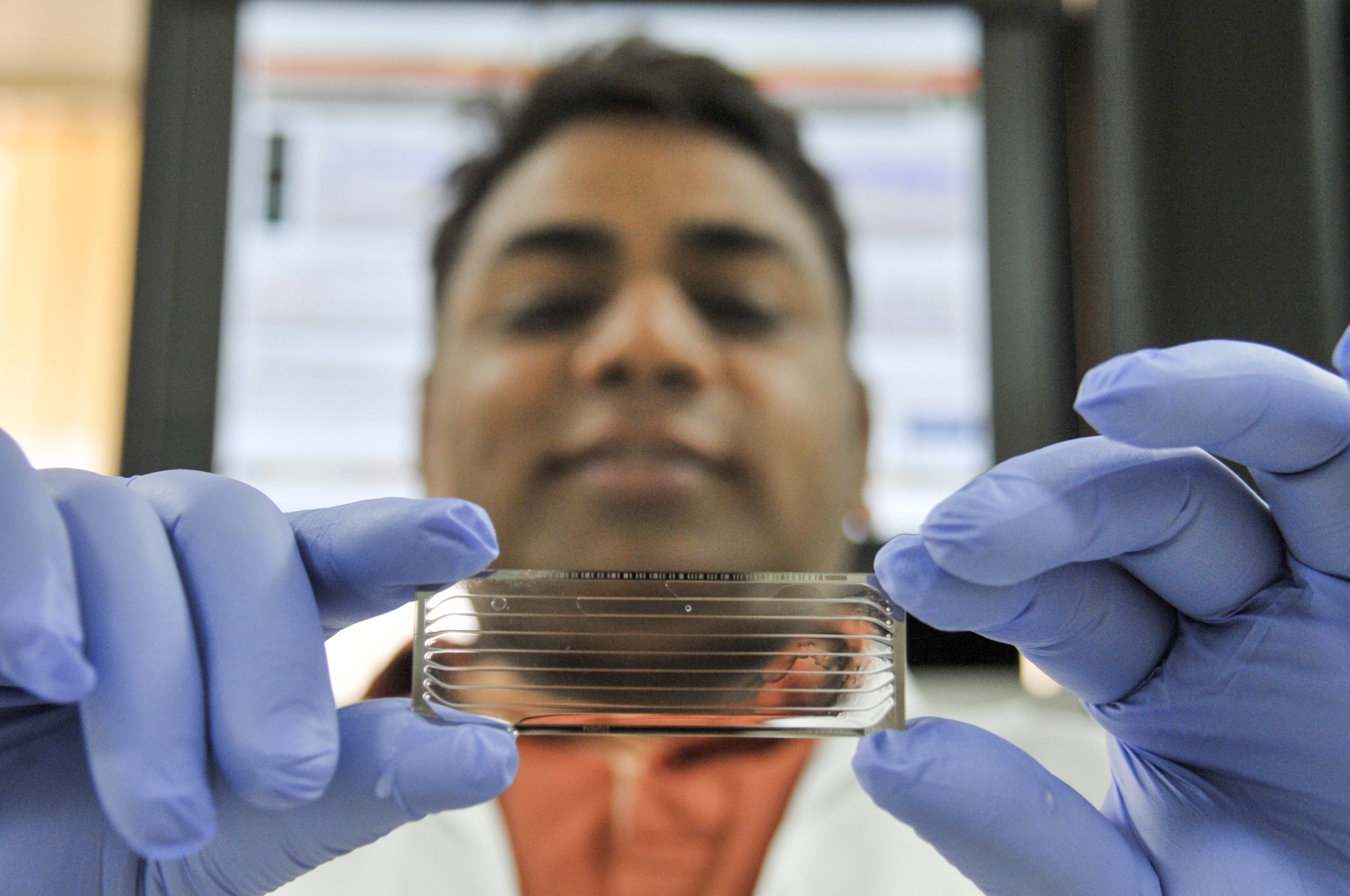 Hyderabad, India (23 February 2016)— — In a scientific breakthrough that promises accelerated gene discovery and development of improved peanut (also known as groundnut) cultivars, researchers have completed high quality sequencing of the ancestral genomes of the crop. This will lead to better peanut varieties with enhanced pod and oil yield, greater disease resistance, drought and heat tolerance and oil quality.

The breakthrough was made by researchers of The International Peanut Genome Initiative (IPGI) led by the University of Georgia in the US (UGA) and published online in “Nature Genetics (http://www.nature.com/ng/journal/vaop/ncurrent/full/ng.3517.html)”— the leading high impact factor journal in the area of genetics, genomics, and biotechnology on 22 February 2016. ­­­ The researchers traced the roots of the original wild genomes of, Arachis duranensis (V14167, A-genome ancestor) and A.ipaensis (K30076, B-genome ancestor) to a wild plant from Bolivia, which is a “living relic” of the prehistoric origins of the cultivated peanut species.

The peanut that is grown by farmers today is the result of hybridization between these two wild species. The hybrid was cultivated by ancient inhabitants of South America. Because its ancestors were two different species, today’s peanut is a tetraploid, meaning it carries two separate genomes which are designated A and B sub-genomes.

Comparisons of the DNA sequences of one of the wild species and the cultivated peanut showed that they are almost exactly the same; in fact, they are 99.96 percent identical. It’s an unprecedented similarity.

“It’s almost as if we had travelled back in time and sampled the same plant that gave rise to cultivated peanuts from the gardens of these ancient people,” said David Bertioli, IPGI plant geneticist of the Universidade de Brasília, who is the lead author of the paper and works at the University of Georgia.

The IPGI, is a multi-national group of crop geneticists working in cooperation for several years with 39 scientists from 26 organizations in 6 countries, including the International Crops Research Institute for the Semi-Arid Tropics (ICRISAT).

ICRISAT was involved in project planning, defining the strategy and also contributed to data analysis for the discovery. The new peanut genome sequence will be available to researchers and plant breeders across the globe to aid in the breeding of more productive peanut varieties. It also reveals clues on how the sequence can be useful to crop improvement for sustainable and resilient peanut production that will increase the livelihoods of smallholder farmers particularly in the marginal environments of Asia and sub-Saharan Africa.

This research will also help peanut farmers to tackle the emerging challenges of climate change better. The genome map can also be used to harness genetic diversity by broadening the genetic base of cultivated peanut genepool.

Peanut (Arachis hypogaea), is an important crop both commercially as well as nutritionally. Globally, farmers tend about 25.7 million hectares of peanut each year, producing about 42 million metric tons (http://faostat3.fao.org/compare/E). While the oil and protein rich legume is seen as a cash crop in the developed world, it remains an important subsistence crop in developing nations.

“Rich in protein and edible oil, peanut is central to the financial and nutritional well-being of millions of farmers and consumers across the semi-arid tropics of Asia and sub-Saharan Africa,” said ICRISAT Director General Dr. David Bergvinson.

“Improving peanut varieties to be more drought, insect and disease resistant using the genome sequence, can help farmers in developing nations produce more peanuts with fewer pesticides and other chemicals and help these farmers feed their families and build more-secure livelihoods,” said Dr Rajeev Varshney, Research Program Director – Grain Legumes and the lead scientist from ICRISAT to participate in the IPGI.

To map the peanut’s genome structure, IPGI researchers sequenced the two ancestral parents, because together they represent the cultivated peanut. The sequences provide researchers access to 96 percent of all peanut genes in their genomic context. The genome sequence assemblies and additional information are available at http://peanutbase.org/browse_search.

ICRISAT is a member of the Peanut Genome Consortium, a coalition of international scientists and stakeholders engaged in the peanut genome sequencing project.