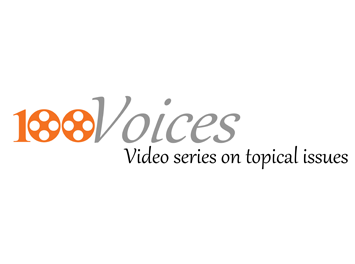 2015 was the UN International Year of Soils which helped highlight why soils are important for both food security and maintaining the earth’s ecosystem. In the latest series of 100 Voices videos, experts speak about the threats to soil quality  and how degraded soils can be nursed back to health to create and maintain sustainable soil and land management systems in the semi-arid tropics.

Soil plays a most important part in not only making water available or natural resources available… forests, biodiversity, wildlife… everything!   But at the same time soil needs attention. The whole purpose of this Year of the Soils is to draw the attention of policymakers, organisations, civil society and farmers that they start attending to the health of soils carefully for their own survival!

I think can a lot can be done and lot can learned from the developed countries where there is lot of care and emphasis on the quality of the soils. I come from Czech Republic where the agriculture is generally on a very high level. They still maintain the rotations… they know which crop can be rotated with what, when you grow some type of the crop, how many years after that (does) the gap have to be taken, how many fallows have to be put when you grow certain things to attain highest possible production and not overexploit the richness of the soils.

What we need to understand today as we look for more food production, as we look for more increased ecosystem services, what are the limitations of the soils? But also what are the opportunities… recognizing that many soils could actually produce more; there are in fact many soils that could be restored to support not only food production but also biodiversity conservation and other ecosystem services.