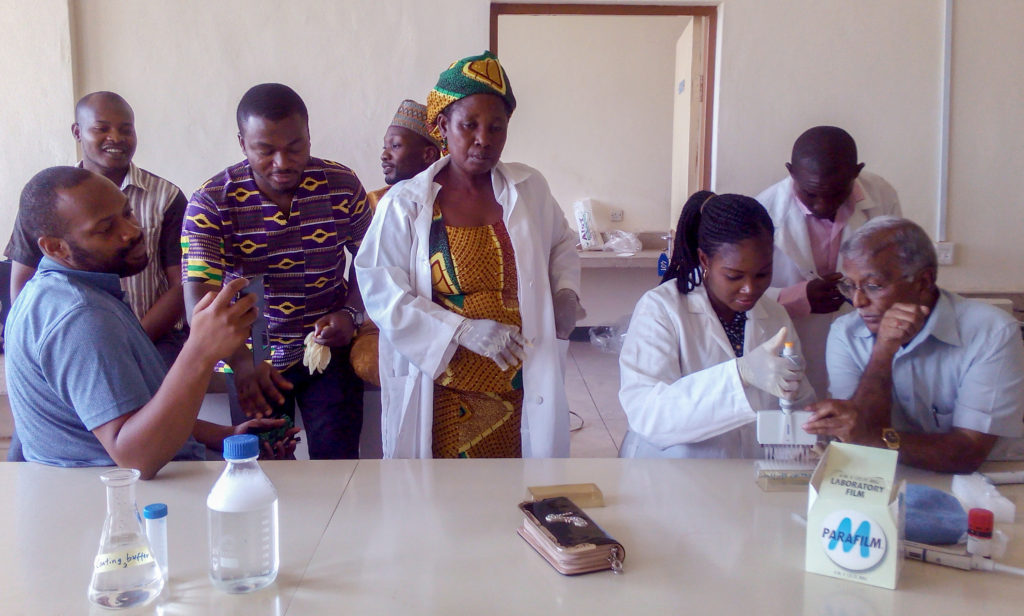 Creating awareness about aflatoxin, its prevention and detection is a priority target in the groundnut and sorghum value chain programme of the Federal Government of Nigeria. In a step towards strengthening this, ICRISAT helped set up two aflatoxin detection and quantification laboratories at the NARS centers in Nigeria.

The two laboratories set up at the Institute for Agricultural Research (IAR)/Ahmadu Bello University (ABU) Zaria, and the Federal University of Agriculture (FUAM), Makurdi, are expected to serve as aflatoxin detection centers in groundnut, sorghum and other grains and food products susceptible to aflatoxin contamination. It will assist in aflatoxin related research and learning by students, academic staff and other researchers, while ensuring that the food is safer for consumption and export.

A total of 19 participants attended the training at IAR Zaria: 4 from FUAM, 12 from IAR/ABU Zaria, 1 from IAR-Kano, 1 from ICRISAT-Nigeria and 2 from FMARD groundnut and sorghum value chains. The installations and training were conducted by Dr Hari Sudini, Senior Scientist, Groundnut Pathology, ICRISAT-India and Mr Veera Reddy, Senior Scientific Officer, ICRISAT-India.