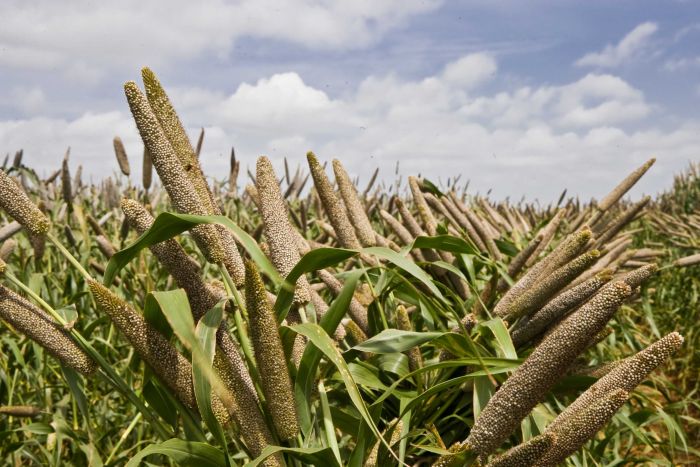 Millet was a traditional food in India, Africa and China.

It is the ancient grain that researchers hope could help farmers battling dry conditions, while also helping to tackle global obesity and malnourishment.

Millets are a cereal crop that have largely been forgotten by the developed world, where in recent decades the crop has been grown more for animal feed than human consumption.

“It survives on minimum water, it survives in hot temperatures, and can be very important with climate change,” she said.

“We often say it’s the last crop standing in times of drought.”

Ms Kane-Potaka has gained international support for her Smart Foods program, which promotes crops that are good for people, the environment and farmers.

Her focus is on millets and sorghum, both of which she wants to transform from niche crops into mainstream staples.

“[Millet] was the traditional food in India, across many countries in Africa and actually was there before rice in China — millet was the food that they ate,” Ms Kane-Potaka said.

“It just hasn’t been industrialised, hasn’t come into commercialisation in a big way, and is one of those big kept secrets [with] great potential.” 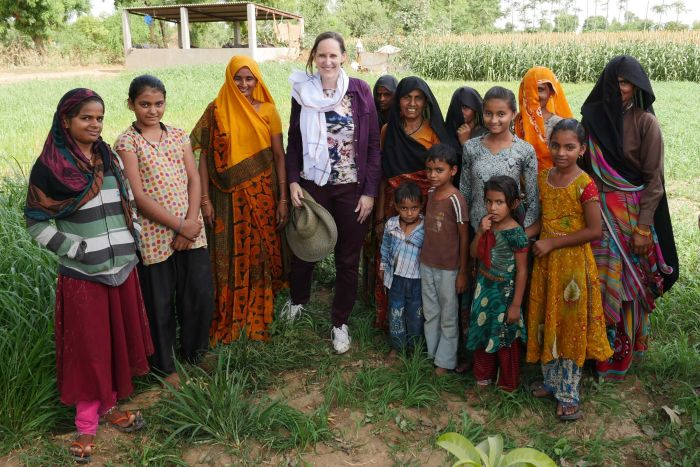 Joanna Kane-Potaka has been working with Indian farmers to boost the country’s production of millet crops.

It is not just the crop’s ability to weather dry conditions that has Ms Kane-Potaka boasting about its potential.

She hopes its rich nutrients can tackle some of the world’s biggest health issues.

“The finger millet has got three times the amount of calcium as milk, which is amazing, and traditionally it was the weaning porridge for babies, but those traditions are being lost,” Ms Kane-Potaka said.

“A few of the millets are really high in iron and zinc. Iron and zinc are in the top three micronutrient deficiencies globally and anaemia is a growing issue, actually it’s an issue in Australia.” 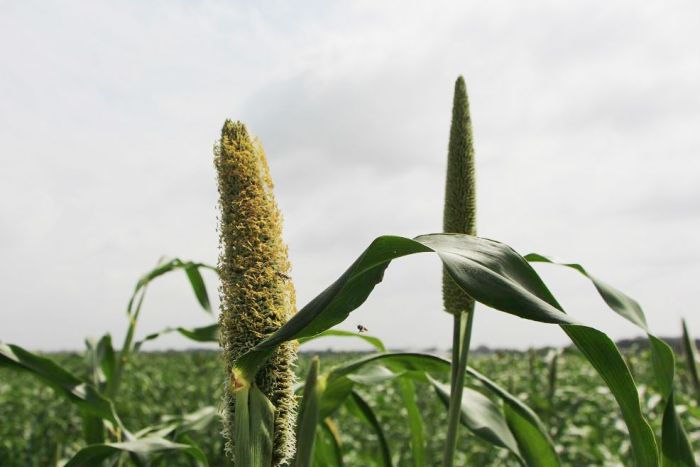 Millet is a versatile crop that can be ground into flour or used in salads and cereals. (ABC Rural: Brett Worthington)

Looking at a menu in Bharath Dantuluri’s restaurant in the Indian city of Hyderabad, you will see millets across most of the pages.

It is a crop that can be ground into a flour or used as a grain in salads, breakfast cereals and even ice-cream.

“We’re making some popular dishes like millet khichdi, millet pilaf, but we’re [also] trying to include the millets in the breakfast,” Mr Dantuluri said.

“Basically [in] all of the popular items we’re trying to replace rice and cereals with millets.”

Researchers say India is fast becoming the world’s diabetes capital and needs to adapt its diet away from a dominance of rice and sugary dishes.

But if Mr Dantuluri’s restaurant is anything to go by, it will be a tough sell.

“Rice is really popular — rice and wheat,” he said.

“People who have their awareness, who are really looking for millets, are really happy, but a lot of people are still used to traditional dishes so there are not really happy with the millets.” 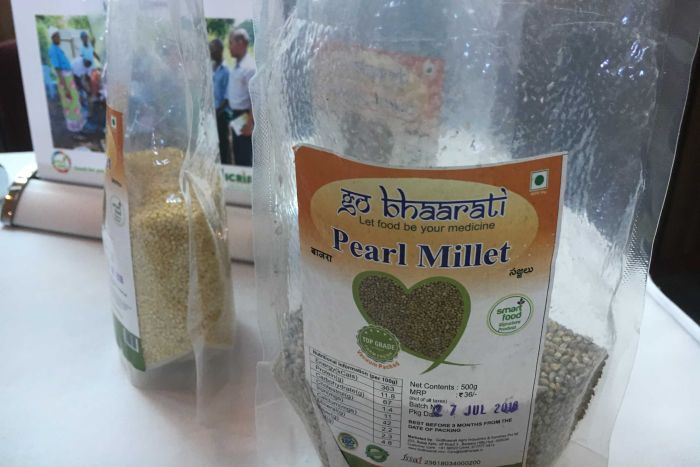 Ms Kane-Potaka is focusing on consumers in her bid to improve the popularity of millet.

United Nations Food and Agriculture Organisation advisor Jessica Fanzo said during a visit to Canberra that growing consumer interest in ancient grains had been isolated to wealthier populations in developed nations.

She said while crops such as millets had great potential, she was sceptical the crop could solve the world’s health issues.

“I think it’s pretty dismal at the moment and largely we still have almost a billion people who go to bed hungry every night and that number was declining, but now it’s going back up, so that’s quite alarming,” she said.

“On top of that, when you look at children under five years of age, they’re sort of the proxy of our global public health, we have 115 million children who are chronically undernourished or stunted, which has long-lasting impacts on their cognitive development and overall wellbeing.

“We have 15 million children who are … acutely malnourished, and then on top of that we have 2 billion adults who are overweight or obese.

“And that number is rising and no country has been able to reverse that trend and that is a huge economic, societal and health burden for the world.”

Ms Kane-Potaka said her focus was on consumers in a bid to increase demand for the crop.

“[Millets] really are a fantastic solution for the Australian farmer,” she said.