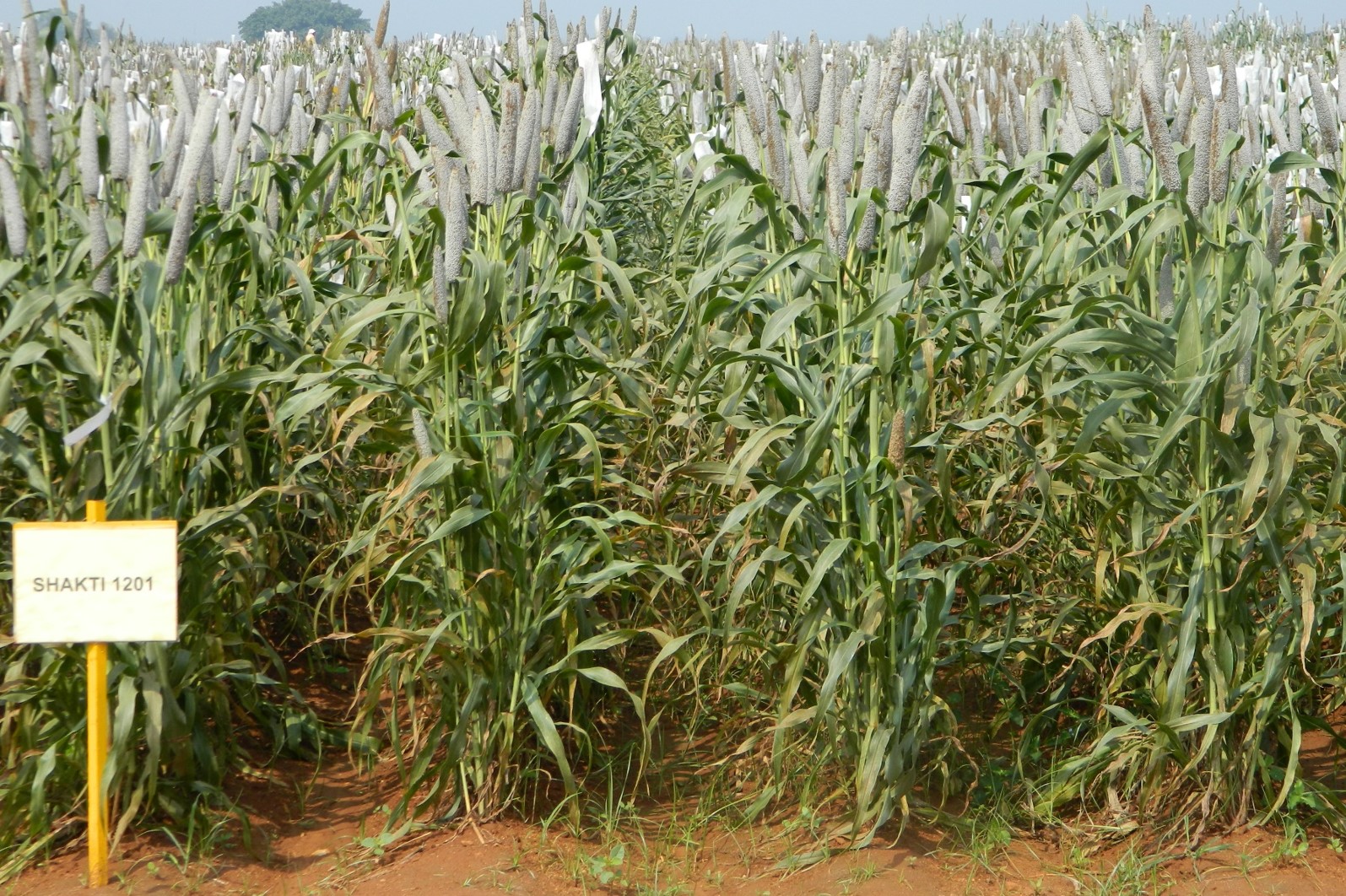 Crop biofortification, which refers to the breeding of cultivars with higher levels of micronutrients, is increasingly being recognized as a cost-effective and sustainable approach to overcome these deficiencies in the food chain. Spearheaded by HarvestPlus Program of CGIAR, global crop biofortification research was initiated by several CGIAR centers on 12 crops, including pearl millet. This has led to several success stories based on which HarvestPlus was recognized with the World Food Prize in 2016.

Under the biofortification program, the International Crops Research Institute for the Semi-Arid Tropics (ICRISAT) and Mahatma Phule Krishi Vidyapeeth jointly developed a high-iron variety of pearl millet, called Dhanashakti, which was released in 2012 in Maharashtra and later in 2013 across India, making it the first mineral biofortified product of any crop cultivar released in India. Dhanashakti has 71 mg/kg iron and 40 mg/kg zinc. It was rapidly adopted by farmers, reaching 65,000 farmers by 2015. The seed of Dhanashakti is available with Nirmal Seed Company and State Seed Corporations in Maharashtra, Karnataka, Telangana, Uttar Pradesh, Haryana and Rajasthan.

ICRISAT has also developed a high-iron pearl millet hybrid (ICMH 1201), which is being marketed, using Truthfully Labelled Seed (self-certification), by ShaktiVardhak Seed Company under its brand name Shakti 1201. This hybrid has 75 mg/kg iron and 40 mg/kg zinc (similar to Dhanashakti), but it has more than 30% higher grain yield than Dhanashakti. In 2015, Shakti 1201 was adopted by more than 35,000 farmers.

The iron levels in the two biofortified cultivars are much higher than those reported in most of the released and commercial cultivars, which have less than 50 mg/kg iron. The zinc of these cultivars is marginally higher than many of the released and commercial cultivars. Thus, when talking of pearl millet grains as a rich source of iron and zinc, as commonly assumed, there will be a need to talk in terms of specific cultivars. Besides reducing the iron and zinc deficiencies, pearl millet has recently been gaining increasing attention as a  climate change-resilient and Smart Food crop on account of its high levels of tolerance to  drought, heat and soil salinity; and several  nutritional traits such as  high protein content with more balanced amino acid profile, high dietary fiber, gluten-free protein , and phyto-chemicals.

Finally, a word of caution: these biofortified pearl millet cultivars have been developed using natural genetic variability in pearl millet, and they are not GMO products.

About the author:
Dr Kedar N Rai, The author is a Consultant with HarvestPlus, International Center for Tropical Agriculture (CIAT); and Former Principal Scientist and Director, HarvestPlus-India Biofortification Program, ICRISAT. He can be reached at: K.Rai@cgiar.org.