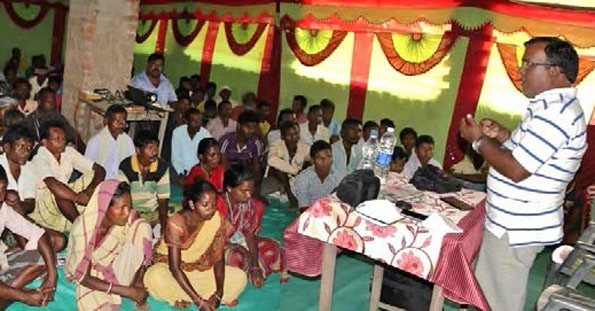 Seed availability at the local level is key to enhancing seed replacement rate (SRR) and the adoption of improved cultivars. This requires quality seeds to be available in adequate quantities, at the right time and at a cost affordable by farmers. To achieve this and to train farmers in production of chickpea, pigeonpea and groundnut seeds, training programs were held in multiple locations across the state of Odisha, India.

Sixteen training programs were organized in different districts in October and November. These included seven on pigeonpea in Sonepur, Ganjam and Gajapati districts; six on chickpea in Mayurbhanj, Keonjhar and Sundergarh districts and three on groundnut in Kalahandi, Nuapada and Ganjam districts. The major activities included promotion of improved cultivars and production technologies, development of a sustainable and effective seed system, and capacity building of farmers.