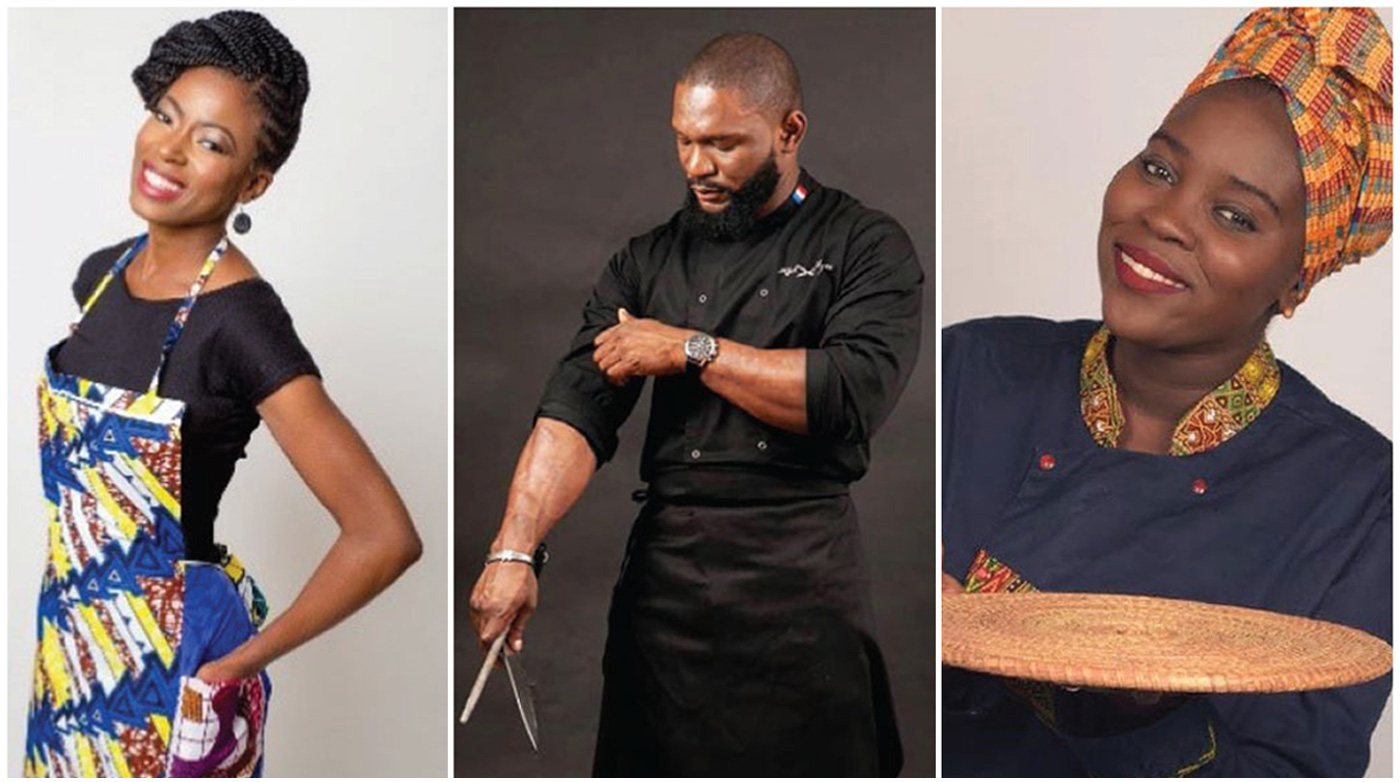 Smart Food cooks up momentum with culinary skills from across London to Paris, West Africa and India

Three celebrity chefs from Gabon, Congo and Senegal are finding new takers for millets and sorghum in Europe, with innovative recipes featuring a touch of ‘home’. The chefs tied up with the Smart Food campaign to show these cereals can effortlessly be turned into tasty food.

Chef Anto Cocagne from Gabon based in Paris

Originally from Gabon, Chef Anto Cocagne has become a star of gastronomy and television in France. The Paris-based chef proposes a minimalist African cuisine with a ‘French touch’. Influenced since her childhood by both her grandmother who was very passionate about her kitchen, and her mother, a professional nutritionist, Chef Anto is very enthusiastic about the Smart Food campaign.

“My mother used to be involved in similar projects. I can easily understand the importance of the Smart Food campaign, and am very happy to contribute to it.”

In 2018, Chef Anto created and produced four recipes as part of the Smart Food campaign. These recipes were promoted at the festival ‘We eat Africa’ (the African cuisines festival), where Chef Anto is the President of the organizing committee, and in the magazine ‘Afro cooking’, where she is a consultant. As part of the Smart Food campaign, Chef Anto promoted the recipes during a highly popular radio program of Radio France International.

Chef Mick Élysée from Congo based in London

Chef Mick Élysée is a London-based chef specializing in Congolese-French and African food. His love for the culinary arts started when he was very young in his home country of Congo. Now, he is a reference in the field of gastronomy in UK. In 2018, Mick joined the Smart Food campaign and contributed two millet and sorghum-based recipes that he is now promoting through various channels.

“The first time I heard about millet and sorghum was when a representative of ICRISAT contacted my team to ask if I could be the face of their new campaign, Smart Food. I had no idea about the huge benefits of millets and sorghum until then,” Chef Élysée says.

“I am an artist and a chef. Diversity is what makes my art interesting. I can now develop many recipes with these cereals. Having healthy and affordable alternatives such as millets and sorghum in one’s diet means less routine and better food habits for people. It is such a good alternative and the options are endless. Millet is as easy as quinoa or rice to cook, but can also be used as flour for pancakes and cakes, or as cereals just like oats or chia seeds,” he explains.

“Millets and sorghum are full of vitamins, minerals (phosphorus, zinc, iron, etc.) and affordable, but most importantly, very tasty! In October 2018, I was invited to FPJ Live event at UK, where I was happy to introduce sorghum and millet to professionals in the industry by cooking live a mackerel ceviche with millet salad. I knew that my mission was a success when I received lots of positive feedback at the end of the event,” Chef Mick Élysée concludes.

In 2017, France-based Senegalese Chef, Aissatou M’Baye, launched five Smart Food recipes after becoming an ambassador for the campaign. Chef M’Baye set out on social media to demonstrate new ways of cooking millets and sorghum for a West African audience but her recipes found many takers in Europe as well.

“Millets and sorghum are rich in micronutrients and yet, have been neglected from our diets for a long time. So, it was necessary to think of new recipes to transform these Smart Foods into a savory menu. We managed to create some cool recipes, and at the same time communicate the benefits of Smart Food,” says Chef M’Baye.

Chef M’Baye publishes her recipes on the blog Aistou Cuisine. Her recipes were a big hit when the first Smart Food social media campaign launched in October 2017. Even after the campaign ended last December, her recipes continue to gain traction online.

Together, the campaign was able to reach 473,222 people. A survey conducted in December 2017, showed that the videos of the five recipes promoted online clocked 85,657 minutes (1,428 hours) of viewing time.