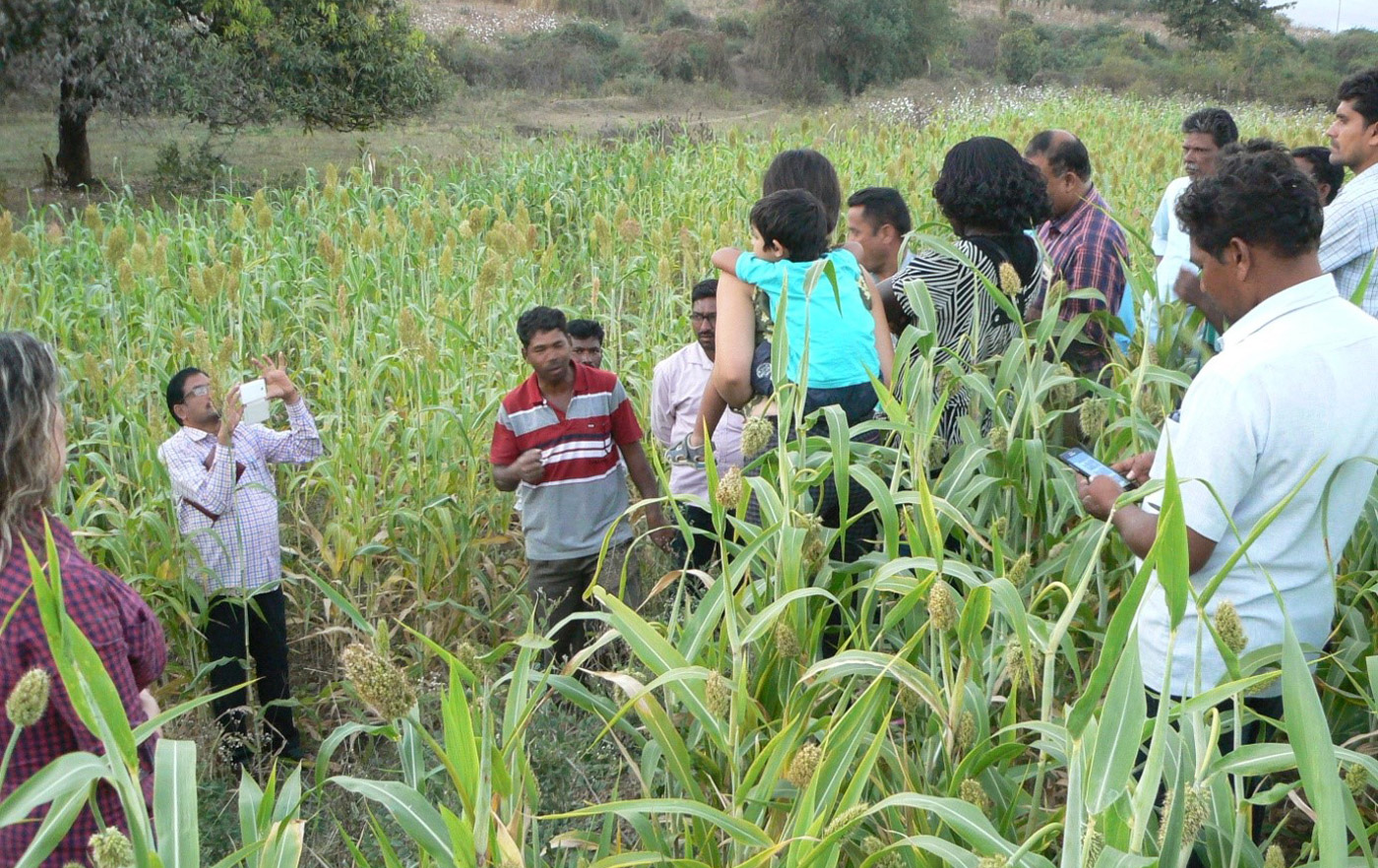 Smooth ride on a bullock cart

What does bullock cart racing have in common with agricultural research? Normally not much, but in the last week of January, these two merged to highlight a near-forgotten tribal farmer’s event. Teams from ICRISAT got invited to celebrate the revival of bullock cart racing at the Nagoba Jatara, an important 10-day tribal festival  in Keslapur village in Adilabad district of Telangana state, India. As part of efforts to highlight the importance of tribal traditions, and to demonstrate ICRISAT’s support for underprivileged sections (the village’s tribal community consists of marginalized smallholder farmers), teams from genotype by environment by management by society (G.E.M.S; www.gems.icrisat.org) and Agribusiness and Innovation Platform (AIP; http://www.aipicrisat.org/) took part in the event. With farmers in a sorghum field.

During the meeting with tribal farmers we anticipated they still struggle to access mainstream agricultural technologies. In our interactions with them, several fundamental issues were raised, such as the lack of interest from the agri-advisory services, limited access to agricultural technologies, and a mismatch between available technologies and real-life needs. In the case of sorghum, farmers continue to use landraces because available high-yielding cultivars don’t suit their requirements, in terms of crop duration and grain quality needed for their food products.

The farmers readily shared their local seed stocks which will be tested for their nutritional profile at ICRISAT. The data generated will be used to screen ICRISAT material that is better suited to their demands. We were struck by the very positive feedback from the farmers who were enthusiastic about sharing their farm space to test new sorghum materials being developed at ICRISAT. This initiative enabled not only researchers, but also our students to interact with our main stakeholders, smallholder farmers who drive every agricultural scientists’ mission.

The team was hosted by the generous villagers and political representatives in the district, Mr Karnan S., project officer, Integrated Tribal Development Agency – Utnoor and Collector of Mancherial district. The GEMS & AIP teams will soon head back to test the viability of immediately available agro-interventions in the farmers’ fields!