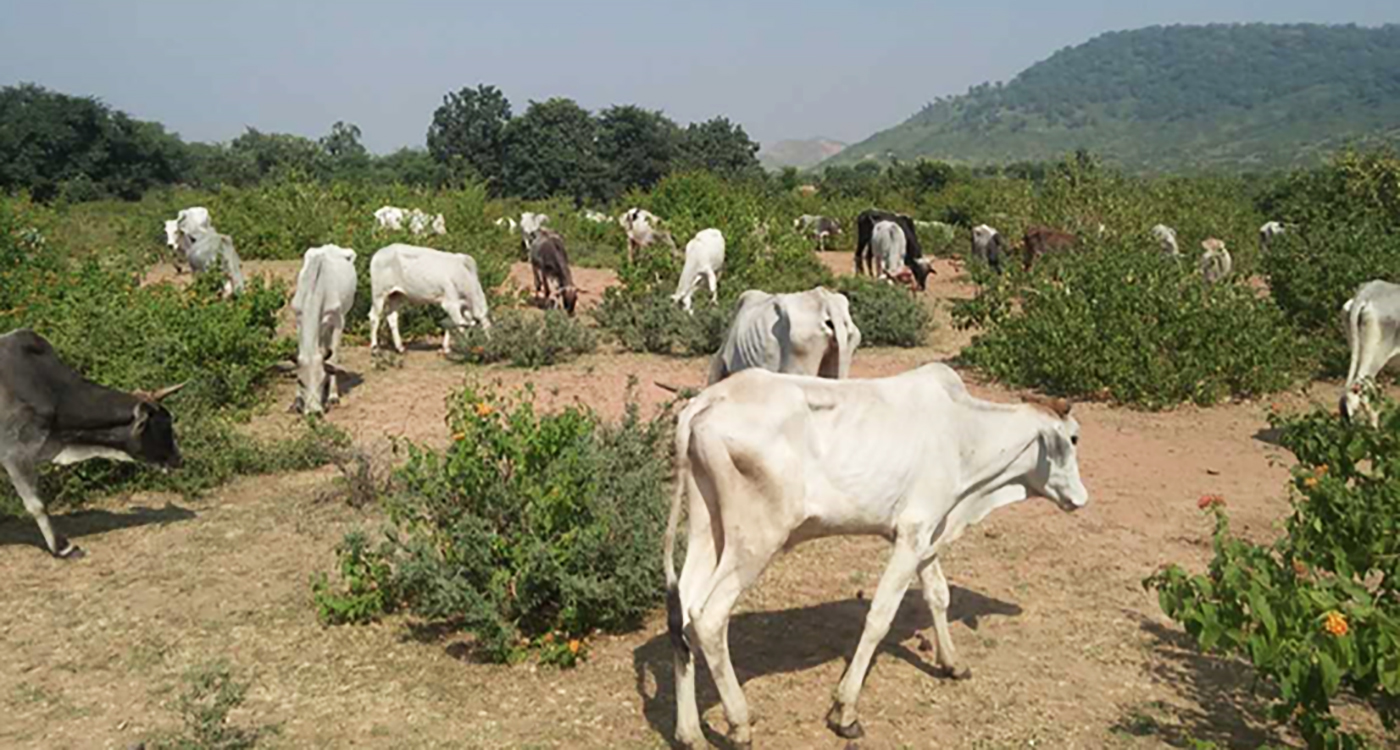 A consortium led by ICRISAT implemented a slew of measures over two years to improve dairying in a drought-prone north Indian region, which has resulted in a 95% birthrate of female calves, high efficiency early pregnancy detection, improved green fodder production and a 1-3 liters increase in milk production. 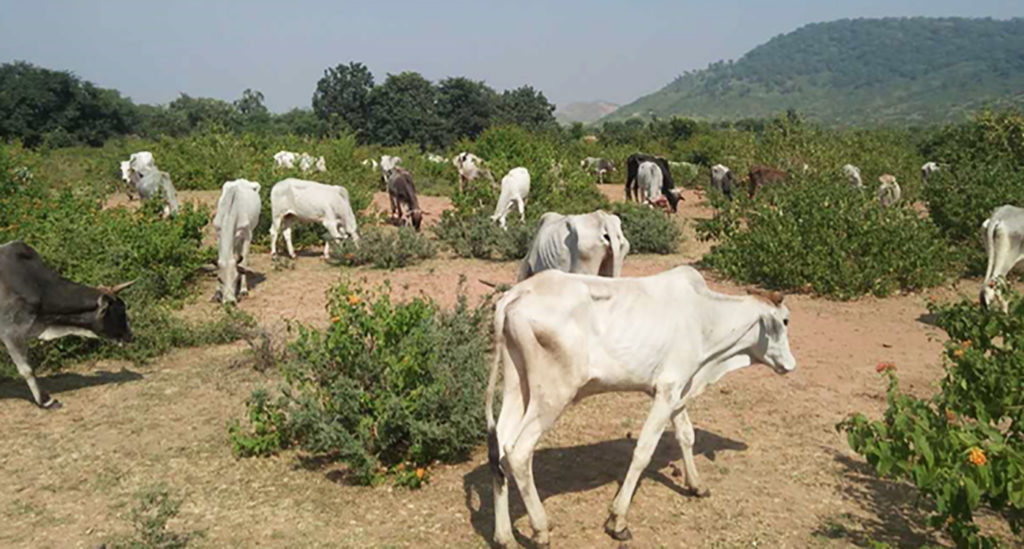 Dairying in Bundelkhand region of India’s Uttar Pradesh has not progressed to the extent it has in other regions of the state and across other states of India. It remains constrained due to presence of low yielding non-descript cattle, low milk yield, less breedable population, scarcity of water, lack of green fodder, dominance of middle men in marketing and poor scientific knowledge. Another reason is Anna Pratha, a worrying socio-economic practice of cattle abandonment.

After rabi harvests in April, thousands of animals, especially unproductive and pregnant cows and male cattle, are left to freely graze till September or October, before sowing for next rabi crop. The roaming cattle destroy almost 25-35% of the agricultural produce during kharif or monsoon. Additionally, large farm holding sizes leaves farmers satisfied with the rabi crop. All of this leads to mono-cropping in Bundelkhand.

The free grazing animals remain underfed and often move too far away from their homes and sometimes die. To avoid seeing the suffering of their livestock in dry season, the farmers let them loose. On several occasions, these animals are beaten or kept fenced without feed and water.

Free grazing adversely affects state’s breed improvement programs as local bulls impregnate free grazing cows. Rathod and Dixit (2020) have estimated the region’s annual loss owing to these issues at US$ 212 million
(₹ 1,619 crore) annually. Ultimately, this issue leads to several other losses in the form of livelihood security and nutrition security for the farming communities. The damage caused by stray cattle including draught animals on rampage is yet to be estimated as no data is available on the extent of damage.

Further, due to lack of convergence among different agencies involved in dairy development, scientific technologies and practices developed in research institutes do not reach end-users. Without converging efforts of public, private and other agencies it is difficult to reach a large number of dairy farmers with new and improved knowledge of dairying. In this context, the Doubling Farmers’ Income project in Bundelkhand focused on consortium approach for improving dairy productivity and resource use efficiency.

With financial support of the Uttar Pradesh government, ICRISAT created a consortium to undertake interventions in 20 pilot villages of Bundelkhand’s seven district. The experience shared here is from villages where the project is being implemented by ICRISAT Development Centre from May 2017.

With the help of district administration and officers of the state’s agriculture, pilot sites covering about 5,000 hectares area (hydrological boundary) in the seven districts were identified in May 2017. A cluster of two to three villages were selected for developing a pilot site in each district.

A baseline survey of about 200 farmers from each district totaling 1,400 farmers from 20 selected project villages was carried out. The study included documenting status and issues in agriculture and animal husbandry practices faced by the farming community. Based on the baseline survey results, few issues like Anna Pratha, presence of low yielding dairy animals, poor access to veterinary and breeding services, lack of green fodder production, etc. were identified as critical gaps in dairy sector of the region.

To address these, competent institutions were identified and assigned the role of consortium partner. Between May 2017 and June 2018, ICRISAT worked towards building rapport directly with the community with the help of local NGOs.

As experts in the animal husbandry sector, ICAR-IGFRI and BISLD conducted a preliminary study dealing with dairy animal population, breedable population, types of animals reared, scope for SSS and EPD and fodder production status in the project locations.

A before-after research design was followed with participatory research to know the impact of these programs in the project villages.

Sex sorted semen (SSS) insemination at farmers’ doorstep: The farmers in these project locations do not get timely veterinary and breeding services and often have to travel far for these. SSS technology comes with a 90% chance of birth of a female calf. Hence, it is revolutionizing India’s dairy sector by producing breeds of choice for the farming community. Once the dairy animal was in estrus (heat), farmers would call the BISLD center in-charge to perform SSS insemination. Most preferred cattle breeds in the project’s locations are Sahiwal, Tharparkar and Jersey while Murrah is the prefer buffalo breed. With high yielding animals, farmers can reduce herd size and with it, the pressure on food and fodder supply.

This intervention was first initiated in Mahoba and Chitrakoot districts of Bundelkhand from January, 2019. Although SSS is considered expensive in India, the farmers only make a small payment while most of the cost is borne by the project team. When farmers of the two districts responded positively, ICRISAT and BISLD replicated the intervention in all the seven districts of the region from October 2019, which also led to strengthening partnerships in the region. In this phase, farmers were only asked to pay a minimal amount since a new scaling-up project by BISLD was already initiated during this period with funding from Uttar Pradesh government.

Early pregnancy diagnosis (EPD) at farmers’ doorstep: The project is providing rapid animal pregnancy detection 19 days after SSS. With normal testing practices, it takes as long as three months after insemination to detect pregnancy. Detection involves testing milk’s hormonal content. An early pregnancy detection gives farmers reason to continue rearing the animal, start improving care or get it inseminated immediately in the next estrous cycle. The cost of the intervention was borne by the project team to motivate farmers to adopt the technology. click here to read more