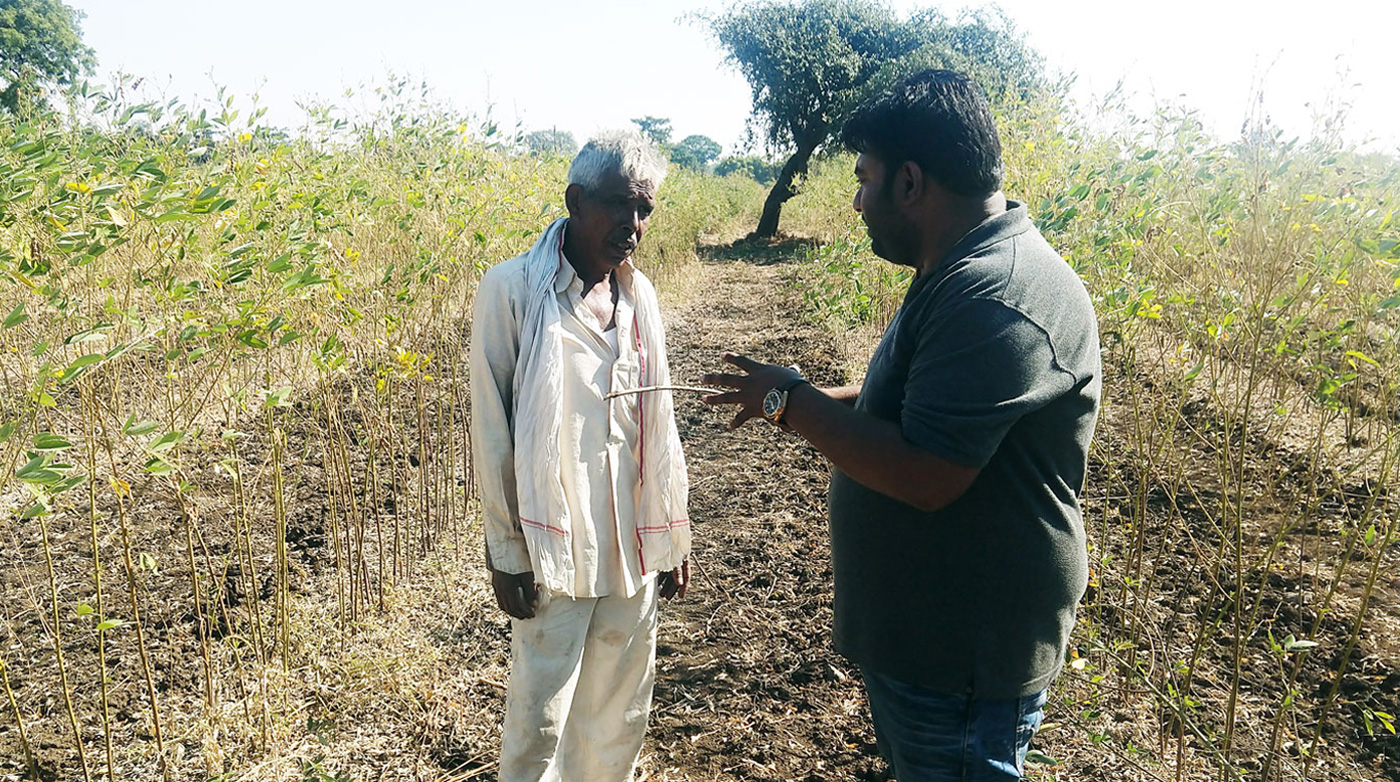 ICRISAT reaches out to farmers in four Indian states 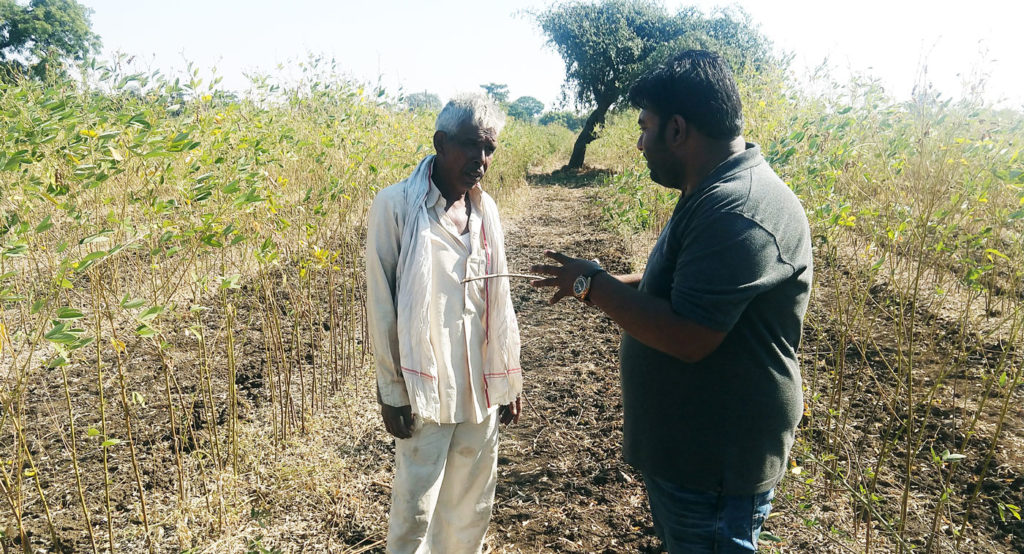 With an aim to record the occurrence and distribution of pests and diseases in chickpea and pigeonpea, a real-time survey of insect-pest incidences on these crops is being conducted in four Indian states – Maharashtra, Andhra Pradesh, Telangana, and Karnataka – under the aegis of the Department of Science and Technology (DST), Government of India,  – Center of Excellence on Climate Change Research for Plant Protection.

Challenged by the recent increase in insect pest attacks on staple crops, especially in the drylands, scientists are trying to map the incidence of such attacks to factors such as seasonal climate variability. 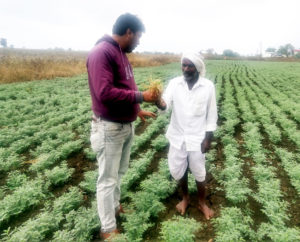 The Legumes Pathology team, guided by Dr Mamta Sharma, Theme Leader – Integrated Crop Management, ICRISAT, is gathering information on soil type, crop history, agronomic practices and more, by interacting with farmers in about 70 villages in 20 districts in the four states. They are, in the process, also visiting three agricultural universities and nine Krishi Vigyan Kendras (agriculture knowledge resource centers of the Government of India).

“This study will help to identify risk areas for mapping spatial and temporal distribution of diseases and insect-pests under a changing climate scenario,” says Dr Sharma. “In the long run, it will be helpful in the development of better, more accurate disease- and pest-prediction models.”