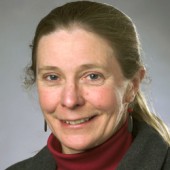 We just finished celebrating Thanksgiving Day, primarily in the United States and Canada, as a day of giving thanks for the blessing of the harvest and of the preceding year. It is an appropriate moment to reflect on the harvests that sustain all of us today, what will be needed in the future, and how we can share ideas and strategies across cultures to our mutual benefit.  Joel Cohen’s 1995 book, How Many People Can the Earth Support?, has an apt interpretation (for a holiday where pie features prominently!) of how to address future food needs: we can have a bigger global food pie, have fewer forks, and use better table manners.

At a global level, our reliance on a small number of primary staple crops puts all of us at risk, particularly as climate change brings more erratic weather patterns.  Half of the world’s total available calories come from wheat, rice, maize, and sugar.

With many of the world’s poor and undernourished living in marginal rainfall areas, rainfall patterns likely to become more erratic, and higher temperatures predicted due to changing climates, there is an urgent need to diversify the staple crops on which we depend.  Growing the global food pie under future climate conditions will require greater reliance on dryland cereals. Dryland cereals, including barley, finger millet, pearl millet and sorghum, are climate-hardy and highly resilient cereal crops that are least risky to grow in harsh agro-climatic conditions (high temperatures and low and variable rainfall). Although the limited effort invested in dryland cereal breeding and cropping systems research represents a disappointment, it also hints at great potential:  there is much room for progress from traditional breeding aimed at yield and stress tolerance improvement, matched with agronomic practices that can enhance sustainability and stability of dryland cereal production systems.  A focused investment of resources in such research is critical.

There is strong evidence that greater food security and reduced poverty lead to smaller family sizes – in other words, fewer forks digging into the global food pie. As the maps below show, there is major overlap of areas with high levels of poverty, water scarcity, and population growth. Improving on-farm yields of dryland cereals grown by smallholder farmers will be an essential step towards reducing future global food demand, through its ultimate impact on reducing population growth rates in food insecure regions.

Then, there is the question of using better table manners – in other words, sharing the global food pie more equitably.  Reducing poverty is a major contributor to that goal, given that lack of purchasing power is at the root of food insecurity.  “Better table manners” also might entail not wasting food.  Currently a substantial share of food gets wasted due to post-harvest losses, poor storage, and a host of other conditions.  Again, there has been a dearth of effort on post-harvest quality and management for the dryland cereals, and thus a corresponding potential for significant improvement.

Finally, it seems that “better table manners” must also include keeping the table clean (i.e., minimizing environmental impacts of producing the global food pie).  Reducing greenhouse gas emissions from agricultural systems will help reduce climate-change-induced stressors in the future.  Given the disproportionate impacts of these stressors on dryland areas of the tropics and subtropics, this will be critical.

As environments that are currently considered favorable for agriculture become hotter and drier over time, barley, millets and sorghum will become increasingly suited for production in areas where other crops are now grown. The use of dryland cereals as cost-effective alternatives should be accelerated through increased investments and wider, more diverse partnerships to facilitate adaptation to changing agro-ecological conditions.

Indeed there is much to do, but also much cause for optimism, based in no small part on the knowledge that with significant human and financial resources invested in crops like wheat, rice, and maize, major gains have been achieved.  Dryland cereals may be at the brink of a similar phase of rapid progress, if we can muster the investment needed to bring it about.  With programs like the CGIAR Research Program on Dryland Cereals, such gains should be possible.

Margaret Smith came to Cornell University in 1987 as a faculty member in the College of Agriculture and Life Sciences’ Department of Plant Breeding and Genetics, focusing on maize breeding.  She currently serves half time as the Associate Director of the Cornell University Agricultural Experiment Station and half time doing plant breeding research and extension.  Her research program emphasizes breeding maize for productivity and adaptation to local conditions, improving insect and disease resistance, adapting varieties to more sustainable production systems, and breeding for organic systems.  In her extension role, Margaret conducts educational programs on crop varieties, seeds, and plant genetic engineering.  Before coming to Cornell, Margaret worked as a plant breeder at the Tropical Agriculture Center for Research and Teaching (CATIE) in Turrialba, Costa Rica, and later as a maize breeder at the International Maize and Wheat Improvement Center (CIMMYT) in Texcoco, Mexico. The focus of her work in both of these positions was on improving crop varieties for small-scale and subsistence farmers in the tropics – an interest she maintains to date.  She currently collaborates on a plant breeding graduate education project in Ghana, serves on the Independent Advisory Committee for the CGIAR Research Program on Dryland Cereals, and continues to engage in collaborative research with CIMMYT via graduate student projects.