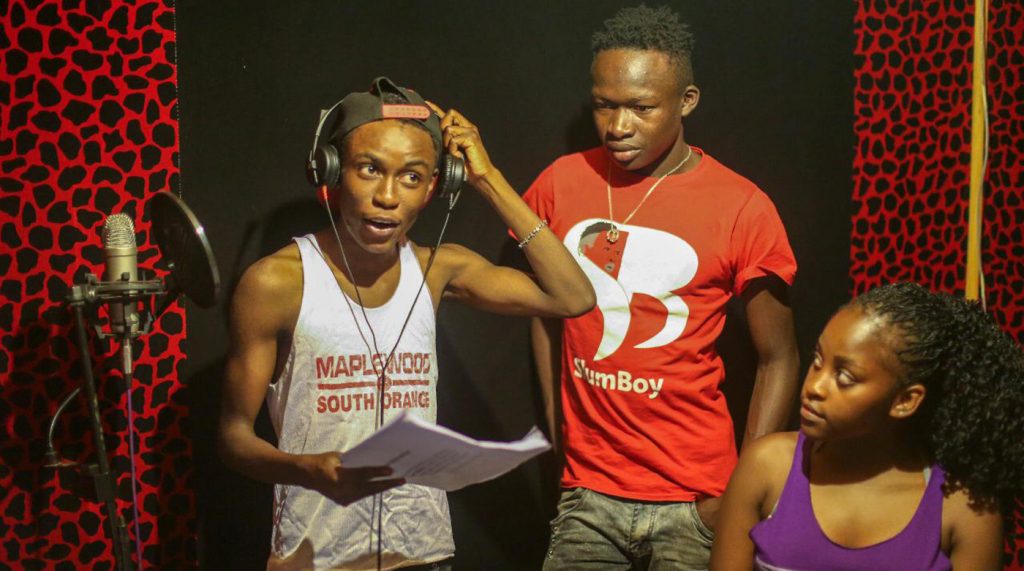 Information alone does not change eating habits. Together with the Billian Music Family in Mathare, we experiment with trend-setting music.

You probably place a lot of faith and trust in information – depending on the source. As a scientist, I do the same. In the field of behaviour change communication, many still believe that access to information will change human behaviour. Researchers spend a lot of time crafting messages for people whose opinion and eventually behaviour we want to change– take the goal of influencing people to eat better and choose healthier foods, for instance. But does more and better information fulfil the behaviour change promise?

The theoretical basis for behaviour change communication has dramatically improved over the past couple of decades. Be it the Health Belief Model or the Theory of Planned Behaviour, we’ve developed new tools to help understand (and try to predict) under what conditions a person will make behavioural adjustments. 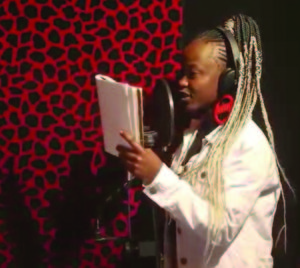 Yet, I have my doubts about the efficacy of these approaches. Changing dietary behaviour means asking people to eat more nutritious, safe food from reliable sources. In informal settlements, where I often work, it’s probably one of the most challenging tasks you could think of. (I think of my late grandparents, farmers who treated food something almost sacred – lunch and dinner had to look, smell, taste, feel in a specific way, otherwise, it didn’t count as food.). Let’s assume for a moment availability and accessibility of healthy foods isn’t the constraining factor. If I provide sufficient information to people, would they transition from eating maize once a day to a diverse diet? Very unlikely – because people don’t necessarily act upon what they know. More importantly, food preparation and consumption is an emotional affair, one that has implications for social relations.

If people change the foods they eat and alter their eating habits, they eventually change social relations and emotions that organise social interaction.

So we at ICRISAT decided to try something different.

We aim to proof a concept. As I write this blog post, some of the finest musicians and artists in Nairobi have come together in the studio to record songs about the importance of food for living healthy. But the purpose of music isn’t to convey information, at least not primarily. The goal is to create an atmosphere, an interpersonal rapport that will eventually leading to collective, coordinated behaviour adjustments around food. Coupled with party-like gatherings, public debates and social media, we test the extent to which we can create the ingredients of a decent social movement around food. It might sound a bit far fetched, and yes, it’s experimental. But if it works, we could complement traditional behaviour change communication by public and civil society organisations with new programs that engage individuals in informal settlements in a more enticing, participatory way.

Many of the musicians and social media influencers we bring together when drafting our research strategy have a vast outreach in their communities. Many come from informal settlements, they are part of the social fabric of these communities and also have a wide reach thanks to YouTube, Instagram and Twitter. And it seems they’re doing something extremely well, communicating in Sheng (a mixture of Swahili/English dialect spoken in some Kenyan urban areas) with thousands of people. The songs and the sentiments expressed on social media find the right words and capture emotions that makes people care about the message being communicated – motivating them to reconsider their choices within their communities.

Music and drama groups are not new factors in behaviour change communication. Oral history and storytelling are some of the oldest means humans use to capture attention and influence each other. We are aware of these traditions and build on them. What is new the way we approach the topic: with an open architecture agreed to with musicians and artists. We agreed on the purpose of the messaging and leave the means, the art, to them. Beats, lyrics, and the video the artist’s tools. In this stage, we researchers simply facilitate, hardly visible in the background.

We built the theory of change for this experiment around contemporary social learning theories. These theories argue that behaviour is both an individual decision influenced by personal factors as well as something heavily influenced by contextual factors and by family, peers and a larger community. Behaviour change regarding food is not a sudden or abrupt transition from one way of doing things to another; it is not a one-off event (only few wake up and become a vegan.) Decision-making often changes gradually and slowly, accreting until a major shift occurs. Being mindful of the timescale required for such changes is key. One way of supporting a change in decision processes over time is the use of music and the Ghetto parties.

It’s too early for a eureka. We have many questionnaires to fill-in and group discussions to record before we understand the effectiveness of our novel program. We have plenty of unanswered questions. For example, is it the beat or the lyrics that make a difference in getting a message to ‘stick’? What kind of beat evokes what kind of music, and how can these be loaded with messages about eating habits? But working with musicians and artists is progress. It’s one of the many ways to reframe community support programs around nutrition.