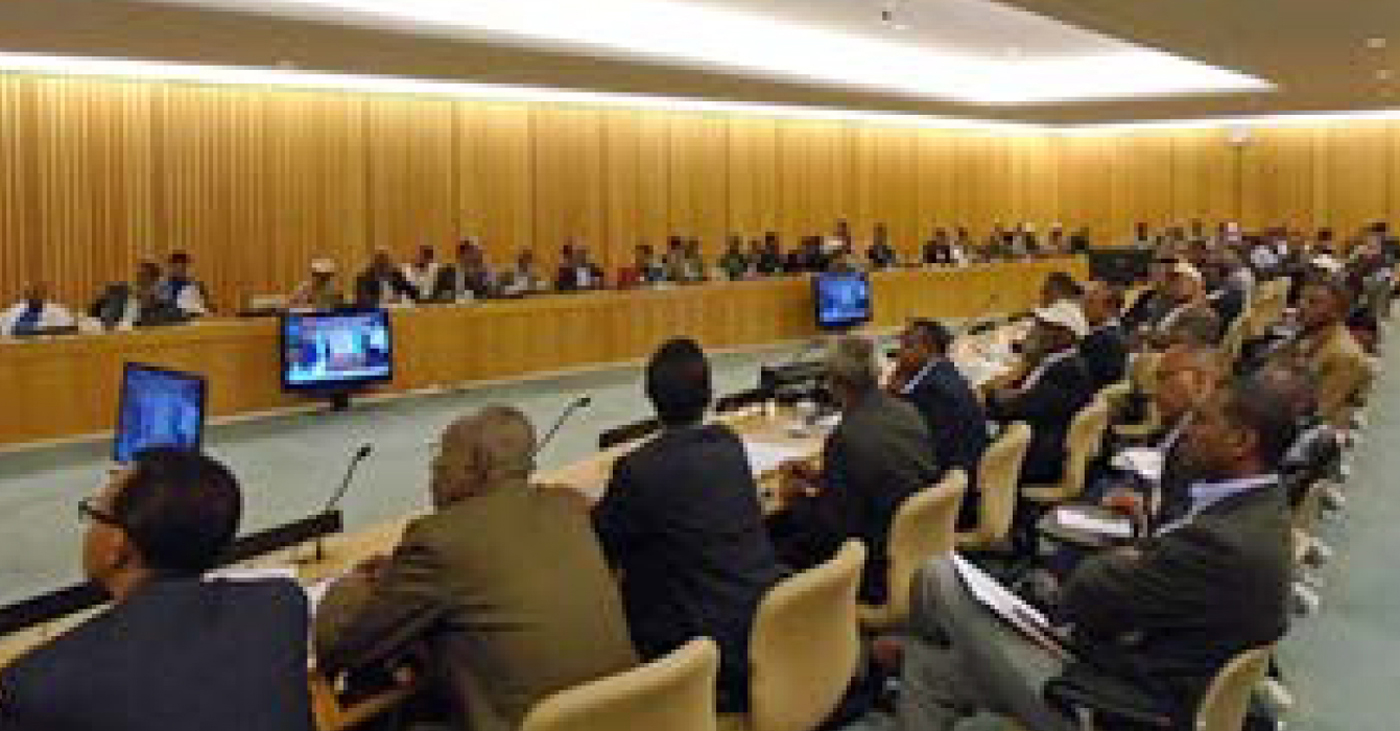 ICRISAT congratulates the Ethiopian Institute of Agricultural Research (EIAR), a major institutional partner in Ethiopia on their Golden Jubilee.

ICRISAT has a long history of collaboration with EIAR. Key areas of contribution include providing access to germplasm resources from ICRISAT genebank, developing and sharing of elite parent material, supporting development and release of varieties with tolerance to major biotic and abiotic stresses, contributing to sustainable management of natural resources and intensification of the systems and building research capacity of institutions and individuals.

Over the years, Ethiopia has availed more than 11,000 accessions from ICRISAT genebank and used in its breeding program to develop improved varieties of mostly chickpea and sorghum. One of the most visible successes is for chickpea which won the prestigious National Science, Technology and Innovation award. About 15 of the 24 chickpea varieties released nationally, many of which are widely adopted by farmers, are based on genetic material from ICRISAT. Availability of diversified sorghum and finger millet breeding materials lead to development and release of several widely adopted varieties that include Dinkmash (ICSV 1 (SPV 351), ESIP 11 (IS 9302), ESIP 12 (IS 9323), 76 T123 (IS 76), Macia, Melkamash and two hybrids ESH1 and ESH2. Most of the groundnut varieties and the pigeonpea variety released in the country are also from ICRISAT material.

In addition, ICRISAT has active collaboration with EIAR in natural resource management especially in the areas of watershed management, sustainable intensification and adapting to climate change, which was built on the foundations of the joint vertisol project of late 1980s.

Established in 1966 as Institute of Agricultural Research (IAR), EIAR grew over the years to become one of the largest national agricultural research institutes in Africa. During a press briefing, Dr Fentahun Mengistu, Director General, EIAR, outlined the many achievements of the institute which included, among others, release of over 1,035 improved crop varieties, 36 export quality specialty coffee varieties and animal breeds, capacity building of stakeholders and technology dissemination, collaboration with various national and international R&D institutes on strategic areas, contribution to development and support of agricultural policies and strategies. EIAR also recognizes the imminent challenges of climate change for Ethiopian agriculture, including the disastrous effects of El Niño in 2015-2016.

The celebrations, which concluded on 28 February, were marked by a number of events that included travel workshops, symposiums and conferences, national agricultural technology exhibition and television programs organized under two themes ‘50 Years of Service for Ethiopian Agriculture’, and ‘Agricultural Research for Ethiopian Sustainable Development and Renaissance’. The events showcased the achievements and impacts over the last 50 years and put the future agricultural directives in line with ensuring national renaissance.

Dr Amede, chaired two sessions on the thematic area of ‘Land and Water Research in the last 50 years’. He also served as one of the three panelists in the one-day plenary forum ‘Natural Resources Research for Development and Resilience’ held on 25 February at EIAR. Dr Ojiewo participated in the Researchers’ Forum.

ICRISAT put up a stall at the exhibition highlighting its  work. The response from the visitors at the stall was very positive and many have registered to receive copies of various ICRISAT publications on display.

Among the major events organized as part of the Golden Jubilee celebrations are ‘National Conference on Agricultural Research for Ethiopian Renaissance’ on 27 January, ‘EIAR Crop Research 50 year anniversary Symposium’ on 22 February, ‘National Agricultural and Technology Exhibition’ during 25-27 February, ‘Researchers’ Forum’ on 26-27 February, and national symposiums by various directorates between 23 and 26 February. At the closing ceremony on 28 February the President of Ethiopia, HE Dr Mulatu Teshome, and Mr Ato Tefera Deribew, Minister of Agriculture also participated.

To know more on Ethiopia http://exploreit.icrisat.org/page/ethiopia/696