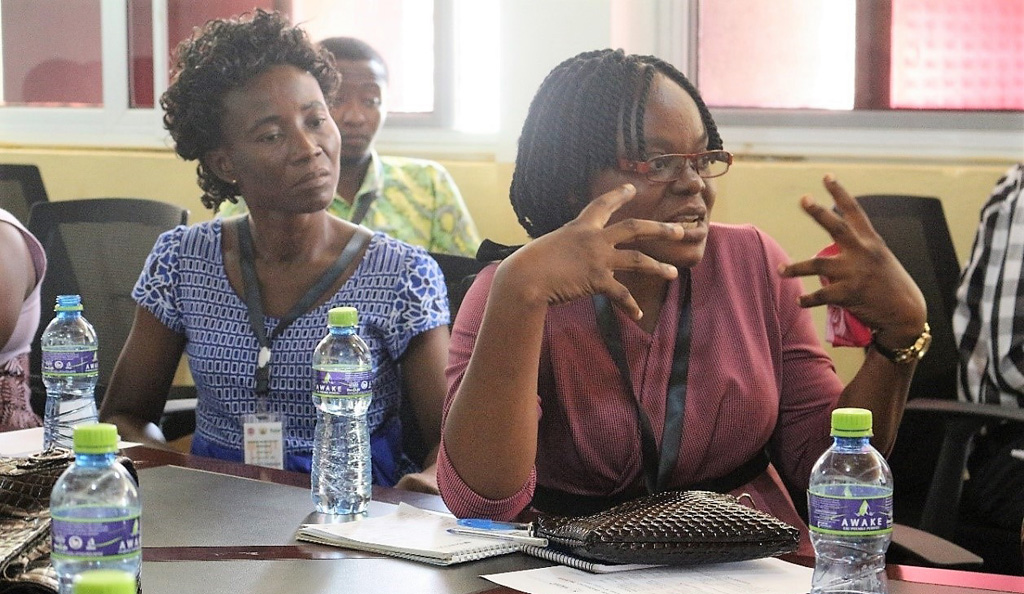 In early 2017, a gender study was conducted among 200 smallholder farmers from 20 communities in Ghana. It revealed that male groundnut farmers achieved 2.74% higher productivity compared to their female counterparts in the Northern Region of Ghana; in the Upper East and West Regions, the corresponding figures were 3.24% and 6.60% respectively. Among the prime factors determining productivity were membership of social groupings; use of improved seeds; participation in field trials; area under crop cultivation; years of experience in groundnut production; soil fertility status of fields and labor cost. The study showed that women farmers were probably unable to access and fully utilize these to achieve full production potential of their farms.

Based on the results of this study, scientists, farmer groups and other stakeholders brainstormed ideas to reduce the significant productivity gap between male and female groundnut farmers in Ghana. The workshop was organized by the CSIR-Savanna Agricultural Research Institute (SARI) with support from the Tropical Legumes III (TL III) project.

Motivate women farmers to participate in field trials or demonstrations, which serve as sites for technology transfer.

The government should draft financial policies that enabled farmers to take loans to expand production.

Set up schools close to farming communities and imparting training in local dialects.

The Ministry of Gender, Children and Social Protection must empower vulnerable women in the communities, by way of policy and aid, to take up crop production.

Dr Jummai Yila, Gender Specialist –TL III, West and Central Africa, said, “It is important to relay the findings of this survey back to the communities to create awareness on basic issues, so that they can be handled by them.”

Yield levels, rates of input use, rates of adoption of modern technologies, and access to credit and insurance markets have been identified over the years as the fundamental factors that control agricultural productivity. By empowering women farmers with these tools, scientists hope to see an overall increase in groundnut productivity, which would be instrumental in reducing food insecurity and poverty rates in Ghana, particularly in rural areas.