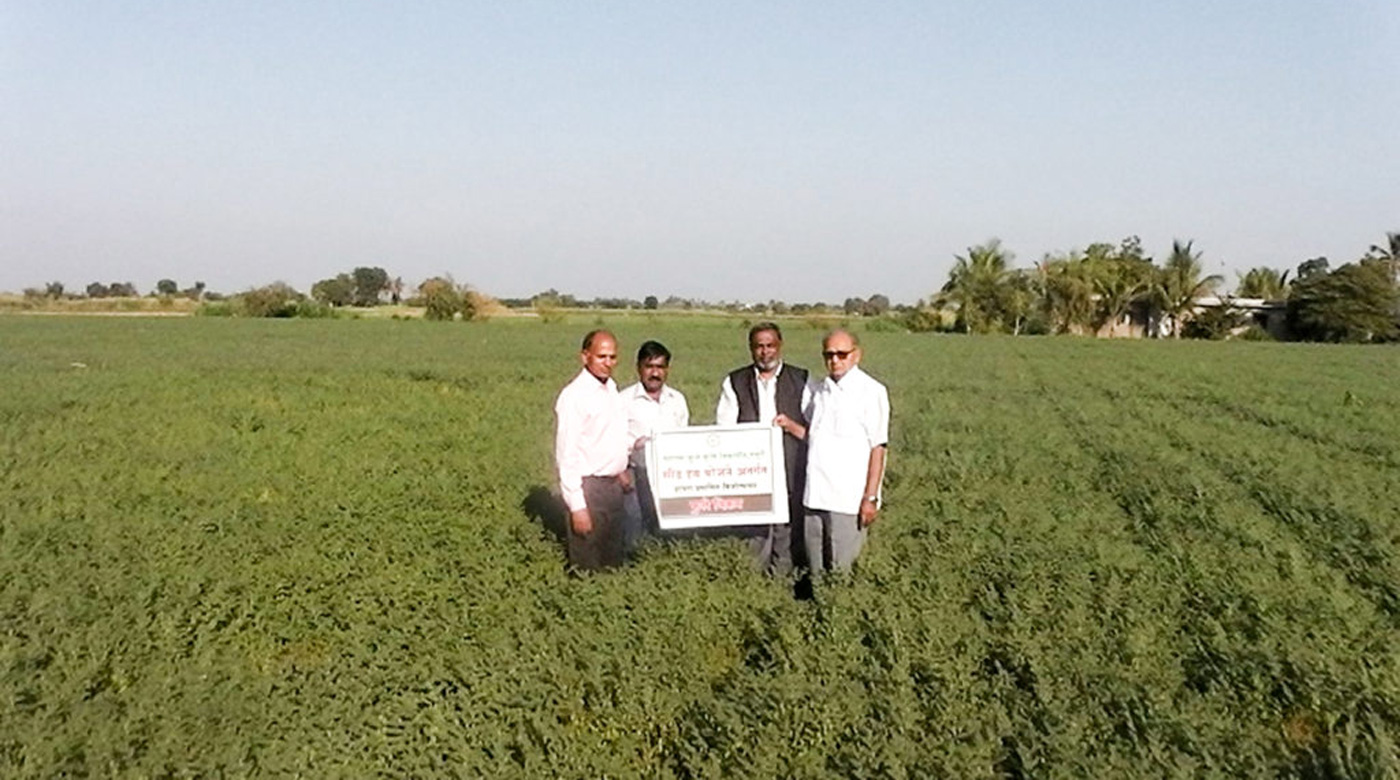 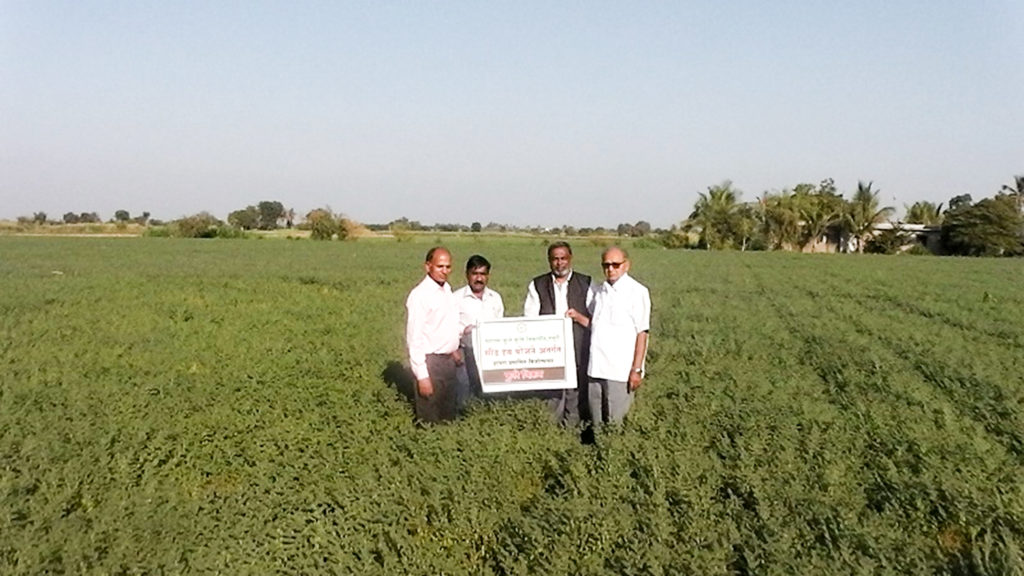 For the first time, the Central Varietal Release Committee (CVRC) of India has released two new machine-harvestable chickpea varieties. With this, the number of machine-harvestable chickpea varieties in India goes up to four. Phule Vikram (ICCV 08108) and BG 3062 (ICCV 08112) were recently identified for release in the Central Zone (Maharashtra, Madhya Pradesh and Gujarat states) of India, during the Annual Group Meet of the All India Coordinated Research Project (AICRP) on Chickpea.

Phule Vikram was earlier released by the State Variety Release Committee (SVRC) of Maharashtra, along with RVG 204 (ICCV 08102), which was released in Madhya Pradesh (https://www.icrisat.org/two-new-machine-harvestable-chickpeavarieties-released-in-india/) in 2017. Prior to that, NBeG 47 (ICCV 05106) had been released in Andhra Pradesh 2016 (http://www.icrisat.org/newsroom/latest-news/happenings/happenings1713.htm#1).

Traditionally, chickpea cultivars have a short and bushy architecture which makes machine harvesting difficult and causes significant yield losses. In addition, with increasing labor wages and a shrinking labor pool, many farmers have been demanding varieties that can be harvested by machine. The recently concluded project ‘Developing Chickpea Cultivars Suited to Mechanical Harvesting and Tolerant to Herbicides’ by ICAR and ICRISAT, and funded by the National Food Security Mission (NFSM) of the Government of India, supported the generation of diverse breeding material for developing machine-harvestable varieties. Apart from the released machine harvestable chickpea varieties, several more are in advanced stages of testing.

Phule Vikram has an erect growth habit with pod initiation from 25 cm above ground level. It is resistant to the commonly occurring disease Fusarium wilt, and recorded 2.27 t/ha average yield on farmers’ fields. The variety was released from Mahatma Phule Krishi Vidyapeeth (MPKV), Rahuri.

BG 3062, also having erect growth habit, showed resistance to Fusarium wilt (at more than 24 locations) and stunting, and moderate resistance to dry root rot diseases. The mean weighted seed yield of 2.27 t/ha was observed over a period of three years (2016-17 to 2018-19). This was released by a team of scientists from ICARIndian Institute of Agriculture Research (IARI), New Delhi.

The Central Zone has the largest chickpea area in India occupying more than 55% of the total chickpea producing area. The recent varieties will help millions of farmers move towards mechanization, thus saving cost and time, and reducing drudgery for women who are most often engaged in the harvesting of the crop. Using a combine harvester, one hectare of chickpea crop can be harvested in about 70 minutes. The produce reaches farmers’ homes the same day or can be directly transported to the market.

During the three-day meeting-cum-workshop of the AICRP on Chickpea, during 27-29 August at Ranchi in India, progress on the performance of chickpea genotypes were assessed under various all-India coordinated trials. Over 70 breeding lines/selections from breeding populations supplied by ICRISAT were under different stages of testing, of which 49 promising genotypes were nominated for initial varietal trials (IVTs) by various breeding programs, while the rest were promoted to advanced yield trails (AVTs) for testing during 2019-20.

For more on chickpea, go to: http://exploreit.icrisat.org/profile/Chickpea/232