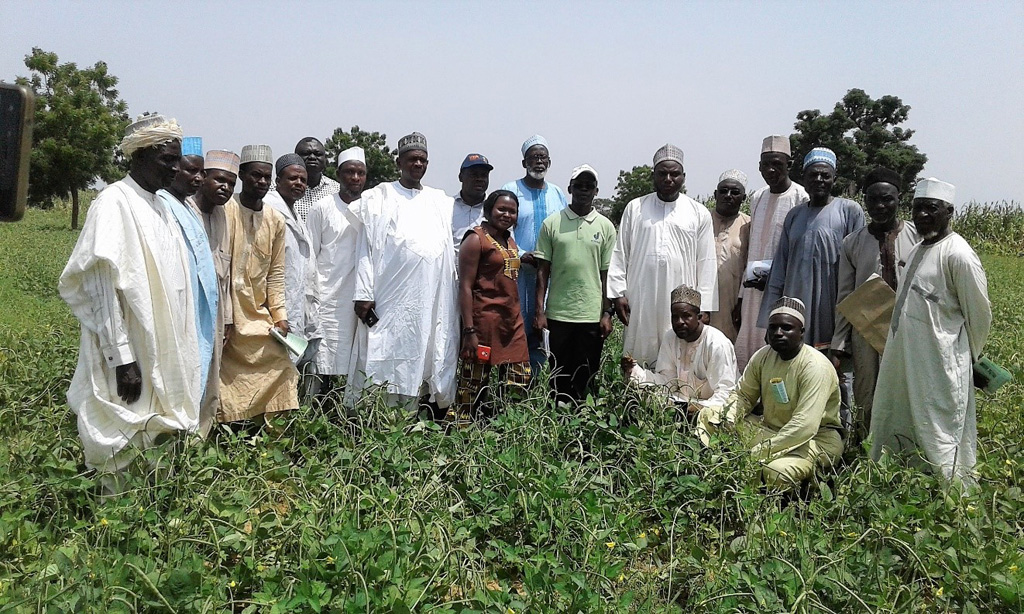 Farmers gather for a field day at Dawakin.

Two years ago, extension agents of the International Institute of Tropical Agriculture, working with the Kano State Agricultural and Rural Development Authority (KNARDA) implemented a Tropical Legumes III (TL III)-funded project, under which:

In order to celebrate these successes, and to highlight the potential of a new cowpea variety, a farmer’s field day was organized on 29 September 2017, in Dawakin. Representing the district head, Alhaji Mahammud Ubale appealed to KNARDA to “bring more of this seed for dry season farming in the community and also sell the seed to members of the community for next year’s planting”.