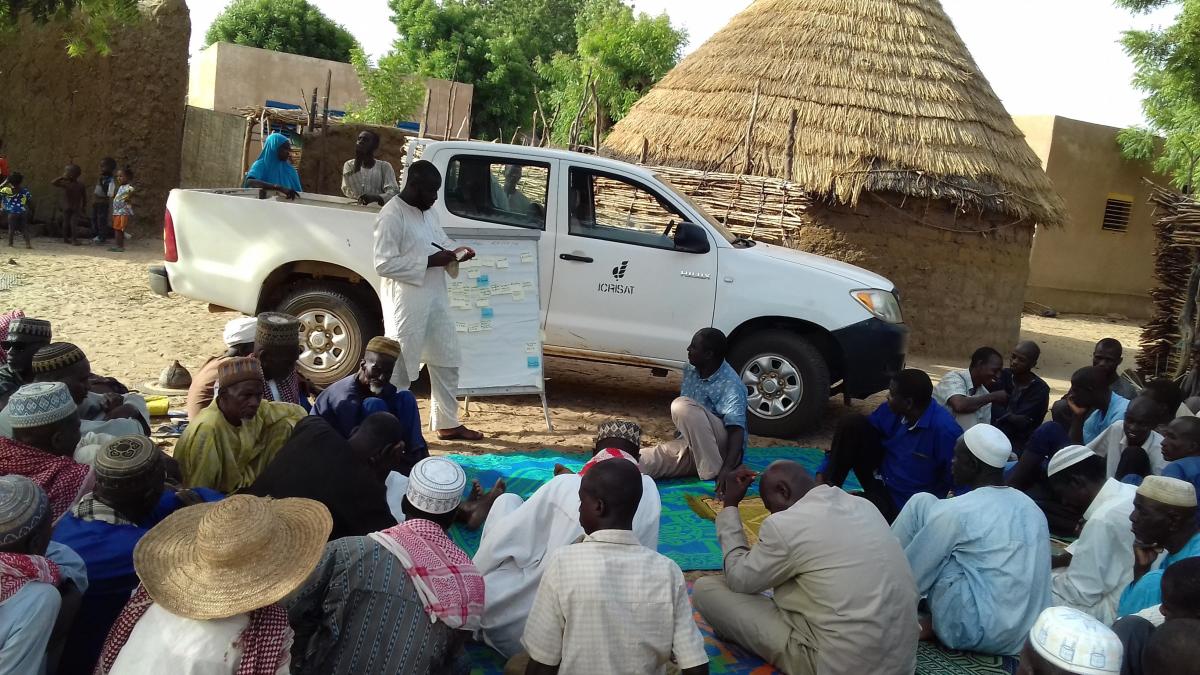 Ensuring food security, reducing poverty and improving the resilient of poor smallholders famers living in the drylands are the biggest challenges in West Africa Sahel countries such as Niger. One the biggest challenges is to prevent soil fertility decline and the degradation of land resources under the existing realities of high and growing human population and livestock increasing the demand for land to meet food and animal feed demand. A literature review reveals that 40-50% of the lands of Niger were deforested over a period of less than 30 years (between 1958 and 1997) with current rates of degradation estimated at 80,000 to 120,000 hectares annually. While desertification is often wrongly attributed solely to droughts, the reality is a deadly combination of continued land abuse during periods of deficient rainfall that result in the degradation processes of vegetation cover loss, wind and water erosion and ultimately desertification (UNESCO 2003). This loss of ecosystem function including soil biological, chemical and physical fertility, water storage and nutrient cycling calls for more holistic and participative approach involving stakeholders, local communities and famers for sustainable management of soil fertility and ecological restoration of degraded lands. The target regions: Maradi: starting point of development of FMNR in Niger. Zinder: a neighboring region where FMNR has been introduced. Tahoua where FMNR applied alone or combined with Zaï (water harvesting technique). Dosso: where FMNR is not well known and applied by few farmers is considered..

Assessing the perception of farmers and local communities, and to co-develop solutions which improve soil fertility and restore degraded lands are fundamental to ensuring the buy-in and commitment of communities to implement these technological solutions and better practices. In the 4 target regions in Niger (Dosso, Maradi, Tahoua, Zinder) the ICRISAT team has organized individual interviews, brainstorming and focus groups discussions with farmers in 25 villages and engaging at least 600 farmers. Through these engagements, farmers have identified that the causes of degradation of cultivated lands – 79 % believed overexploitation of land was the main cause of degradation, with a lack of inputs especially manure, and tree cutting being frequently cited as important causes of land degradation. From the point of view of farmers, the consequences of land degradation are desertification, the resurgence of weed species and the loss of the soil seed bank from which desirable pasture and tree spp. might regenerate. Since farmers consider land degradation as the root cause of food insecurity and poverty, the exodus of youth from agriculture resulting in migration and of conflicts between farmers and pastoralists, it is therefore the single most important issue to solve.

The types of practices and technologies to improve soil fertility were well known to farmers. Awareness of Farmer Managed Natural Regeneration (FMNR), techniques of soil and water conservation, tree plantation, composting of crop residues as source of fertilizer and other trainings and sensitizations have been raised through demonstrations and farmer field schools,. Nevertheless, only a few farmers are applying these technologies.

The role of trees seems to be well appreciated by farmers. About 60% of farmers consider that trees contributed to soil moisture conservation, reduction of runoff during heavy rainfall, improvement of soil fertility and crop yields, reducing of wind erosion by acting as windbreaks as well as providing fodder for livestock, firewood (7 villages). Some farmers also mentioned the social role played by trees by providing shade for meetings and other social activities. Compared to the farmers of Dosso, the role of trees in the landscape was better appreciated by farmers in Zinder because of the differences in the ecologies of the two regions. Zinder is more arid compared to Dosso, with the northern part being almost a desert. Cropping activities in Zinder are more affected by winds from the Sahara, causing wind erosion, loss of seeds and death of young plants at sowing and emergence periods. Also, the location of Zinder as neighboring the Maradi region (the starting point of the development of FMNR) and the training and sensitization activities may probably also contribute to the farmers’ awareness about the importance of having trees in their fields.

As the important roles of trees were well perceived, farmers expressed a real interest to apply FMNR in their cropping systems by requesting training on FMNR as the basic support they need. The team has developed trainings courses on FMNR in local language. Using the same participative approach, the team is implementing a scaling process of integrated management options combining FMNR, soil and water conservation technologies (Zaï, Half Moons etc.) micro dosing of organic and/or mineral fertilizer through the concept of option by concept and method of Planed Comparison to reach at 3,000 Farmers.