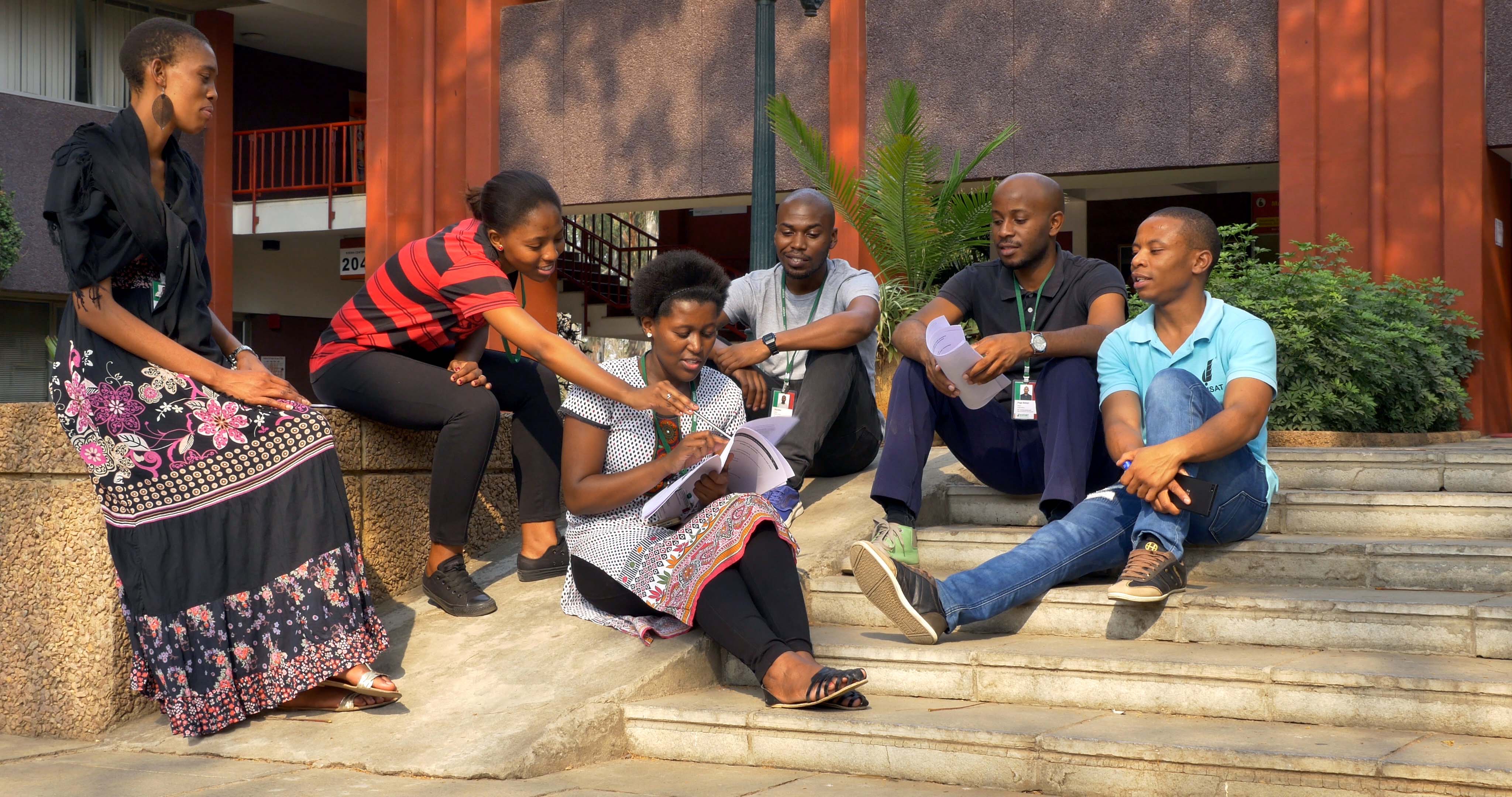 “Today’s youth aren’t aware of all the potentials there are in agriculture. It is not just limited to farming in fields, there are a host of opportunities like agribusiness, where youth can engage themselves in,” says Ms Lilly Thato Mabonela, one of the South African students.

Ms Mabonela hopes to empower and engage more youth in her country in agricultural ventures that she plans to set-up after she returns to South Africa. She wants the government and other organizations to do more to attract youth towards agriculture, like conduct awareness workshops in schools and colleges and offer free education to the disadvantaged youth of India and Africa.

Built on the existing ICRISAT South-South Initiative, which aims to strengthen the whole value chain from land and water management to crop improvement and setting up agribusiness ventures, this new initiative is a step closer to ICRISAT’s vision for a prosperous, food secure and resilient dryland tropics.

The training program with funding from the Dr. Sam Motsuenyane Rural Development Foundation and support of the South African government through its Human Resource initiative, was coordinated by the Learning Systems Unit (LSU) of ICRISAT. It will be a great boost to youth and will foster the existing partnership based work of ICRISAT in Eastern and Southern Africa.

“In his recent Nation Address, the President of South Africa affirmed agriculture as a priority sector to drive economic growth and job creation in South Africa.  The training program for youth is in line with the National Development Plan of South Africa known as NDP Vision 2030,” says South African Minister Counsellor for Agricultural Affairs Mkhululi Mankazana while presenting the completion certificates to the learners.

“Through the National Skills Authority, South Africa is ready to source study opportunities for young men and women of South Africa in pursuit of a better life for all,” added Mr Mankazana.

Dr. Peter Carberry, ICRISAT’s Deputy Director General for Research says “It’s great to see South African youth getting the opportunity to learn about agribusiness, water management and other agricultural practices at ICRISAT. As the world faces increasing issues like food crises, malnutrition and climate change, we need more human resources, particularly youth in agricultural research and development to work towards a food and nutritional secure world.”

“Agriculture is important and should not be ignored by any government.  Most countries start

development through natural resources and land is the primary road to development. South Africa has neglected agriculture training for a long time. Agriculture training is a priority and with the training at ICRISAT we hope these children will become leaders,” according to Dr. Sam Motsuenyane, eminent entrepreneur and patron of the Dr. Sam Motsuenyane Rural Development Foundation, which made it possible for the six youth to come to India.

“It’s a wonderful experience to have played a role in the skilling of six eager, young and knowledge thirsty citizens of the vibrant South Africa which gave two fabulous human beings of this era — Mahatma and Madiba – to us,” says Mr Sailesh Sampathy, Vice President & Dy. Chief Executive of Siva Sivani Group of Institutions, which served as the legal guardian for these students in India.

“My dream to build ‘an Academic Bridge’ has come true! So many organizations and people in India and South Africa have worked to start this pilot initiative. My seed of an idea has roots now and will grow exponentially to touch so many lives in South Africa thanks to the intellectual capital at ICRISAT!,” says, Ms Vidya Bhandarker, a social activist who facilitated the process of getting these students to ICRISAT with the help Rural Development Foundation.

Nearly 30% of Eastern and Southern Africa is categorized as semi-arid and more than half the rural population lives in extreme poverty. An estimated 85% of these extremely poor people depend entirely on agriculture for their livelihoods and there is an urgent need to bring these people out of poverty and secure the income and food for future generations.

To do this, along with other research and development efforts, we also need to engage more youth and support their agricultural ventures particularly in India and Africa.