Focusing on sorghum as health food and forage – ICRISAT 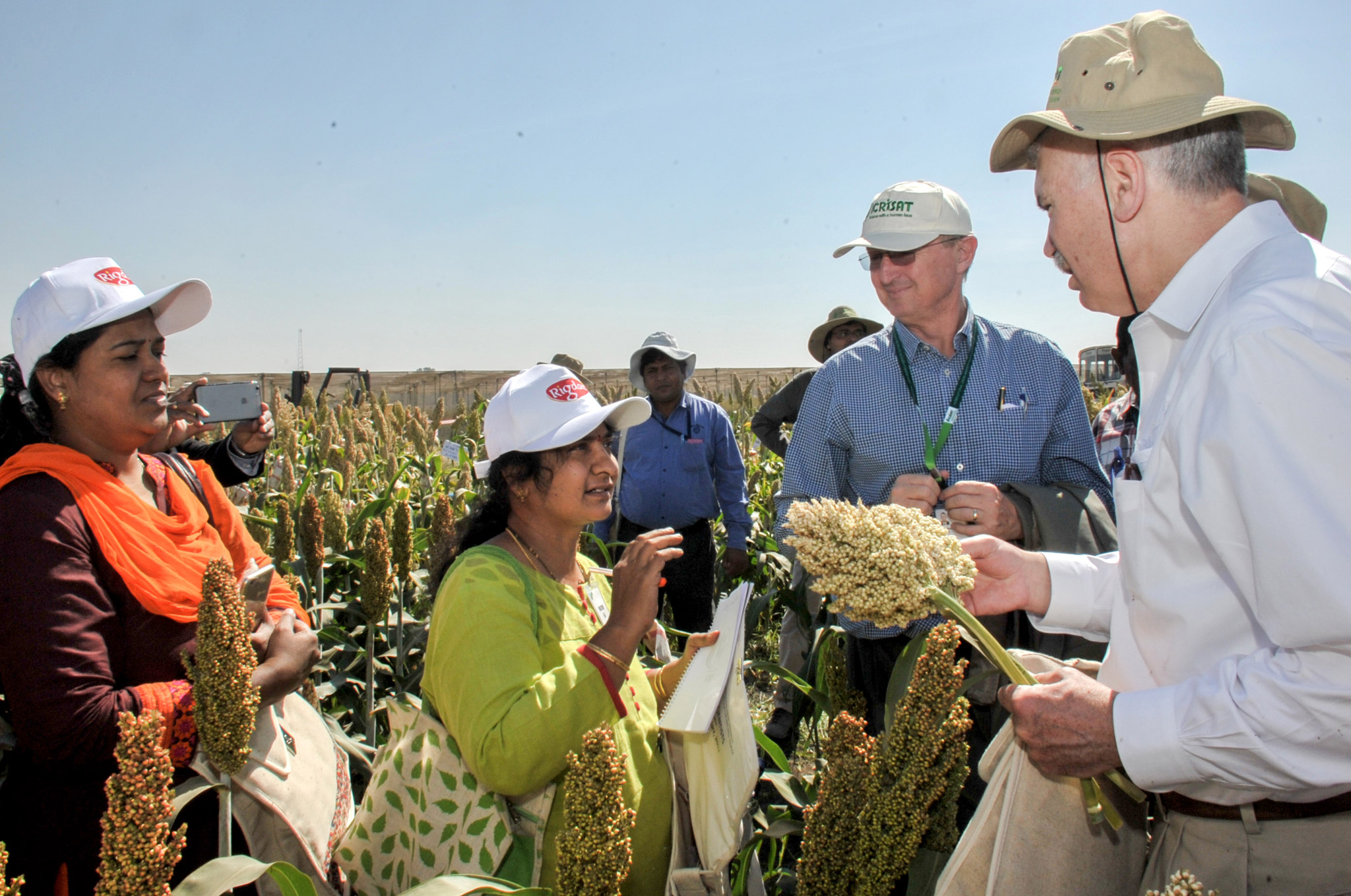 Scientists at ICRISAT-India were encouraged to focus on developing high-Zn sorghum lines for processed foods and also sorghum varieties as forage with higher digestibility. From traditional uses of sorghum for food, feed, starch and alcohol, the market demand is gradually shifting towards sorghum to be used as high-quality forage and as a health food. This was the key message at the Sorghum Scientists Field Day recently held at ICRISAT-India.

The field day was conducted under the aegis of the Sorghum Hybrid Parents Research Consortium (HPRC), which has been operational at ICRISAT for the past 17 years. HPRC partners with private sector seed companies in hybrid cultivar development, seed production and marketing of hybrid seeds. Ten companies from Asia, Africa and South America are currently members of the consortium.