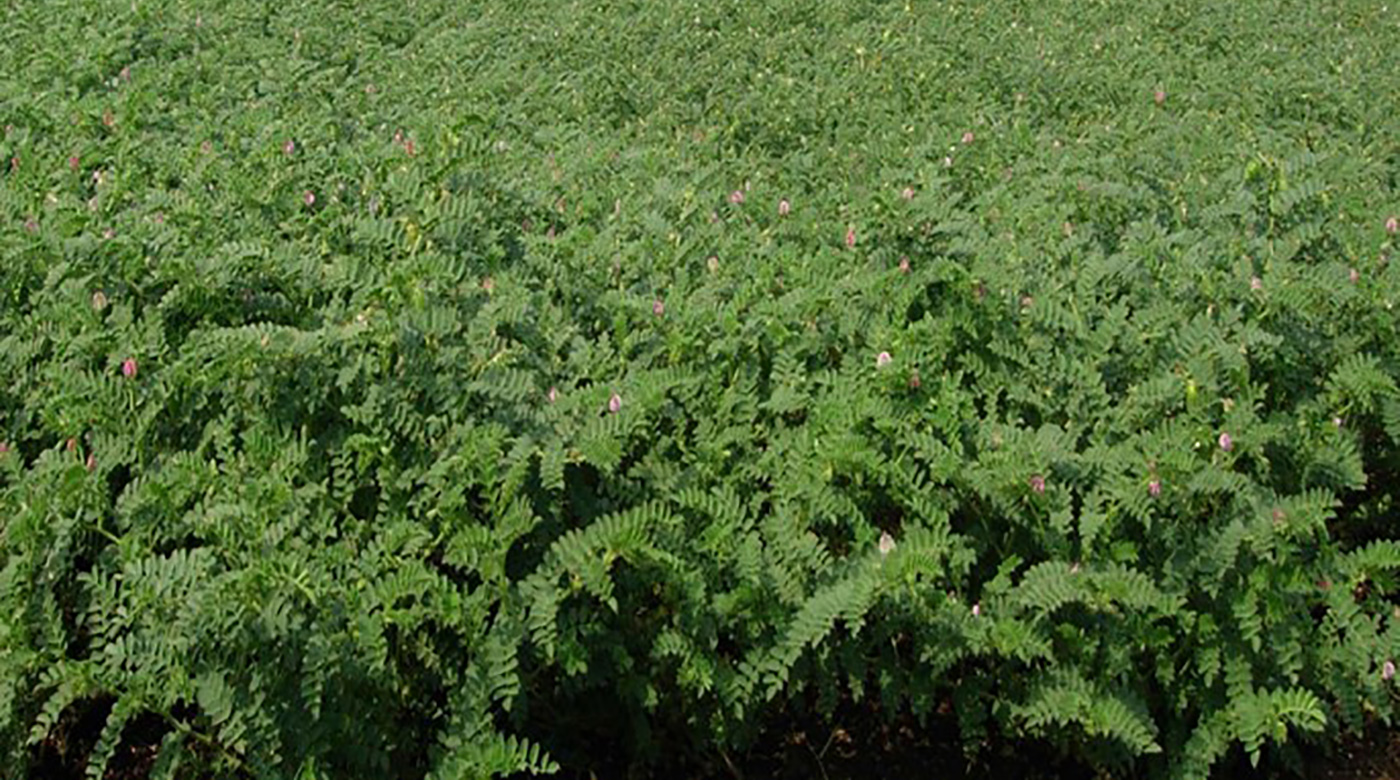 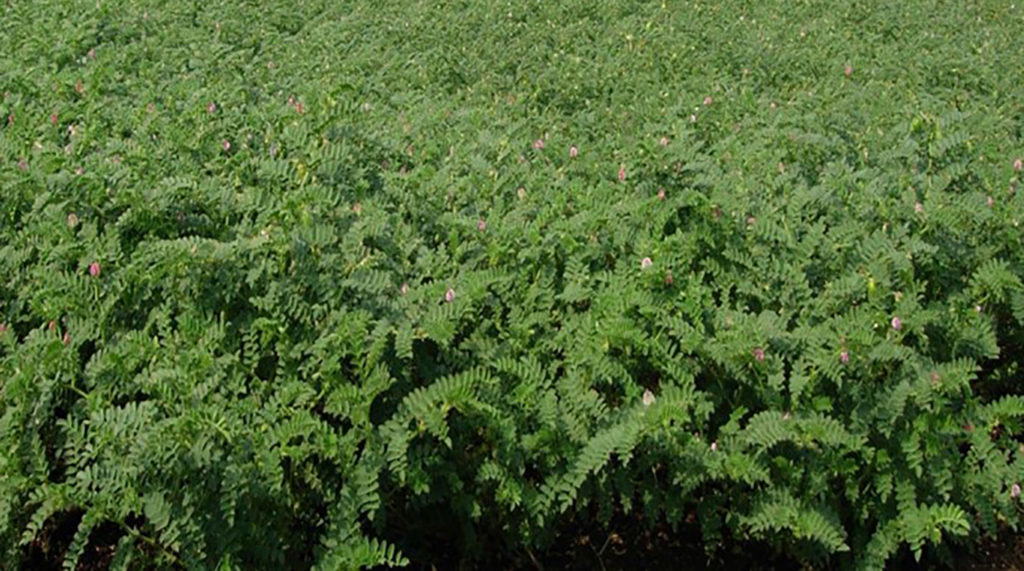 Hyderabad, 20 September, 2019: India is set to launch improved chickpea, developed in record time through genomics-assisted breeding in a first-of-its-kind effort. Two new varieties with drought tolerance and disease resistance were recently identified for farming by the Indian Council of Agricultural Research (ICAR).

“It is a successful story of collaboration of ICAR institutes, state agricultural university and an international organization like ICRISAT,” said Dr Trilochan Mohapatra, Director General, ICAR and Secretary, Department of Agricultural Research and Education (DARE), Government of India. “Genomics interventions in breeding, like molecular breeding, will significantly enhance crop productivity of legumes like chickpea.”

“We are very excited to see the outputs of collaboration of ICAR, UAS-R and ICRISAT in the form of improved varieties,” said Dr Peter Carberry, Director General, ICRISAT. “I am sure such collaborative efforts of ICRISAT with partners will benefit smallholder farmers not only in India but also in sub-Saharan Africa.” 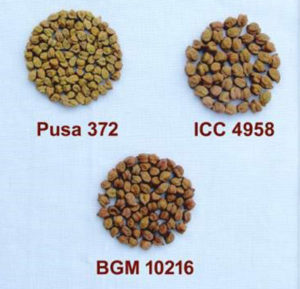 Pusa (BGM) 10216 alongside the older variety and a landrace.

Pusa (BMG) 10216 was developed by Dr Bharadwaj Chellapilla and team at IARI in collaboration with Dr Rajeev Varshney and his team including Dr Mahendar Thudi and Dr Manish Roorkiwal at ICRISAT. Armed with extensive knowledge of the chickpea genome, thanks to groundbreaking research in 2014, Dr Varshney’s team was able to introgress drought tolerance in one of India’s ageing chickpea varieties, ‘Pusa 372’, by borrowing genes from ICC 4958, a drought tolerant chickpea landrace. The result – Pusa 10216 showed higher yields during testing in Indian drought conditions.

“Pusa 10216, which is the first variety to have drought tolerance through molecular breeding, was developed in just four years. It showed 11.9 % increase in yield over Pusa 372 during two-year multi-location testing in drought conditions,” said Dr Chellapilla.

Similarly, MABC-WR-SA-1 was developed by inducing fusarium wilt resistance in Annigeri-1, a variety highly preferred by farmers and the industry in Karnataka. The source of resistance to the wilt, which is a major dampener of yield, was borrowed from WR315, a chickpea landrace. With 7 % increased yield potential over Annigeri-1, this new variety is also being called Super Annigeri-1. It was developed by UAS-Raichur in collaboration with ICRISAT.

Talking about the role of genomics in crop breeding, Dr Varshney, Director for ICRISAT’s Genetic Gains Research Program, said both the varieties were developed in almost half the time that conventional breeding would take.

“Breeding new varieties conventionally can take 10 to 11 years. The world’s growing population and the rising demand for nutritious food makes genomics key to accelerated breeding,” he said. “The result of years of scientific collaboration between several national and international institutions in genomics research has started to bear fruit in farms.”

Dr NP Singh, Director of the Kanpur-based ICAR-Indian Institute of Pulses Research (IIPR) which is responsible for pulses research in India, said, “Our collaboration with ICRISAT to integrate genomics in breeding programs began several years ago. We are happy to see the first molecular breeding products in chickpea in India.”