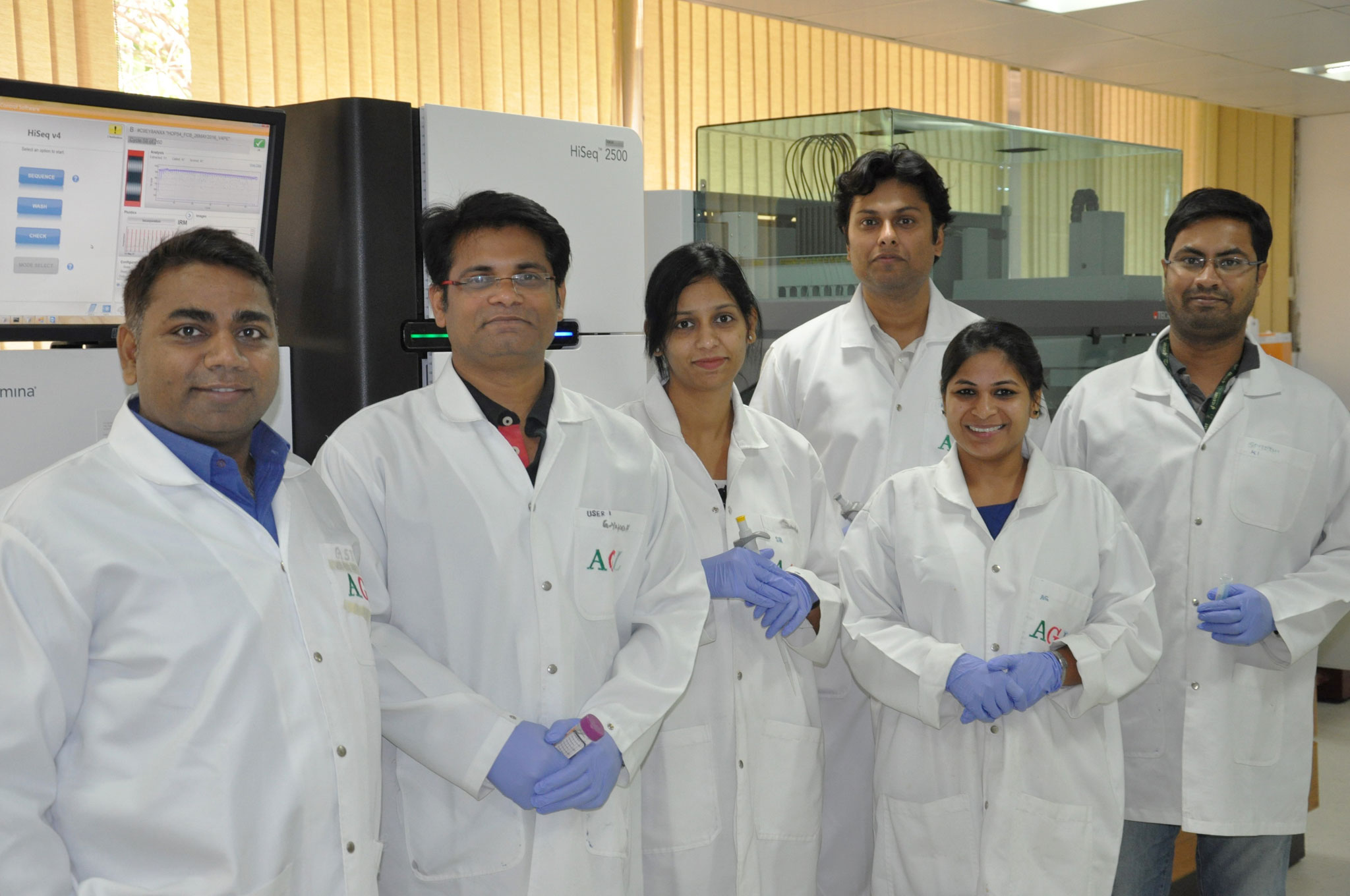 https://youtu.be/1EqQIFQslqs
A scientific breakthrough on the DNA sequencing of groundnut promises the development of improved groundnut varieties with enhanced traits such as increased pod and oil yield; drought and heat tolerance and greater disease resistance. Other significant traits this could help develop include aflatoxin-free, nutrition-rich and allergen-free varieties. The breakthrough also provides insights into geocarpy – a unique reproductive process of the groundnut, oil biosynthesis and allergens.

A team of 51 scientists from 9 institutes from China, India, USA and Australia, including ICRISAT, have decoded the complete DNA sequencing of the ancestor of the groundnut, the diploid A-genome (Arachis duranensis). The findings have been published in the prestigious journal Proceedings of the National Academy of Sciences (PNAS), USA, (http://www.pnas.org/content/early/2016/05/25/1600899113.full).

“This study has not just provided the full genome sequence to help plant breeders across the globe develop more productive and more resilient groundnut varieties in a faster manner, but also provides us an insight to geocarpy, a reproductive process where the flowers grown on the stem go inside the soil and pod formations occur,” said Dr Rajeev Varshney, Co-Coordinator of Genome Sequencing Project and Research Program Director, Genetic Gains program, ICRISAT.

Congratulating the team on this breakthrough, Dr David Bergvinson, Director General, ICRISAT said, “This will provide an efficient road map for sustainable and resilient groundnut production for improved livelihoods of smallholder farmers particularly in the marginal environments of Asia and sub-Saharan Africa.” This study presents the draft genome of the groundnut A-genome progenitor containing 50,324 protein-coding gene models. Analysis of the complete DNA sequencing suggests that the groundnut lineage was affected by at least three sets of chromosomes since the origin of flowering plants or eudicots. The research expands the knowledge of understudied areas of plant biology and human impacts on plants and also offers millions of structural variations that can be used as genetic markers for the development of improved groundnut varieties through genomics-assisted breeding.

While highlighting the importance of this discovery in the Indian context, Dr Trilochan Mohapatra, Director General, Indian Council of Agricultural Research (ICAR) said, “Rich in protein and edible oil, groundnut is central to the financial and nutritional well-being of hundreds of millions of farmers and consumers across India, China, Africa and South America. The novel genes identified are going to enhance crop productivity and quality and thereby increase farmer incomes.”

“In addition to the discovery of responsible genes for oil formation in seed and allergens affecting human health, genome sequencing has also provided genes and millions of genetic markers to accelerate development of superior groundnut varieties with high pod and oil yield, greater resistance/tolerance to biotic and abiotic stresses and other nutritional traits”, said Dr Manish Pandey, Scientist – Groundnut Genomics and Lead author from ICRISAT on the research paper.

Dr Xuan Qiang Liang from the Crops Research Institute of Guangdong Academy of Agricultural Sciences and Dr Shanlin Yu from the Shandong Peanut Research Institute from China, the other two co-coordinators of the sequencing project are excited to see the completion of the project. They have been working on cracking this DNA along with others including Dr Varshney, Dr Andrew Paterson, Regents Professor and Head, Plant Genome Mapping Laboratory, University of Georgia, USA and Dr Shuping Wang, Director, Shandong Shofine Seed Company, for the last four years.

While expressing his happiness, Dr Liang said, “It has been a pleasure for us to work with ICRISAT and other institutes from China and USA to reach this important milestone in peanut research.”

“The genome sequence and established partnership during the course of the project will be helpful for peanut improvement in China and other countries” added Dr Yu.