Good ol’ millets back on plate as outlets mushroom 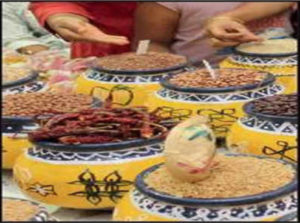 BENGALURU: The humble millet is back to give a healthy push to Bengalureans’ food habits. Many millet-themed stores, restaurants and cafes have sprung up in localities; close to 10 establishments serve anything from millet idlis, dosas and thalis to ice-creams and brownies.

Even the menu at weddings, house-warming and birthday parties often feature a millet-based buffet, say proprietors. Areas such as Jayanagar, JP Nagar, Basavangudi and Brigade Road are on the radar of those trying to popularise the foodgrain.

Jyothi Madinur, proprietor of Vaathsalya Millet Café in JP Nagar, one of the first millet-themed cafés in the city, said 15 years ago, there were hardly any farmers cultivating millets in Karnataka and neighbouring states.

“The government’s support for cultivation of wheat and rice could be a reason for farmers showing less interest to grow millets. They are naturally organic grains and do not require too much water to grow. I visited many farms in North Karnataka, Andhra Pradesh and Maharashtra to encourage and convince farmers to switch to millets. There was no demand from consumers and citing this as reason, farmers stuck to financial crops,” said Madinur, who has set up a processing unit in Kanakapura.

Now, people are attracted to the high nutritional value of these ‘raw grains’, say restaurant owners who see a noticeable rise in the number of requests for millet-based dishes for children.

“A lot of consumers have realized that millets are not just for the health conscious. We aim to make them a staple in every home, as it used to be more than 50 years ago. We conduct millet-cooking workshops as well. The grains are an easy substitute for rice and wheat and also more filling. It has a high-fibre content, can stabilize blood sugar levels and requires little or no water for cultivation. The latter is the biggest reason why millets should be cultivated at a time when we’re facing effects of climate change,” said Abhishek Beeraiah, founder of Millet Mama in Basavangudi, which now also caters to IT companies and directly sources produce from farmers in Tumakuru, Ramanagara and Tamil Nadu.