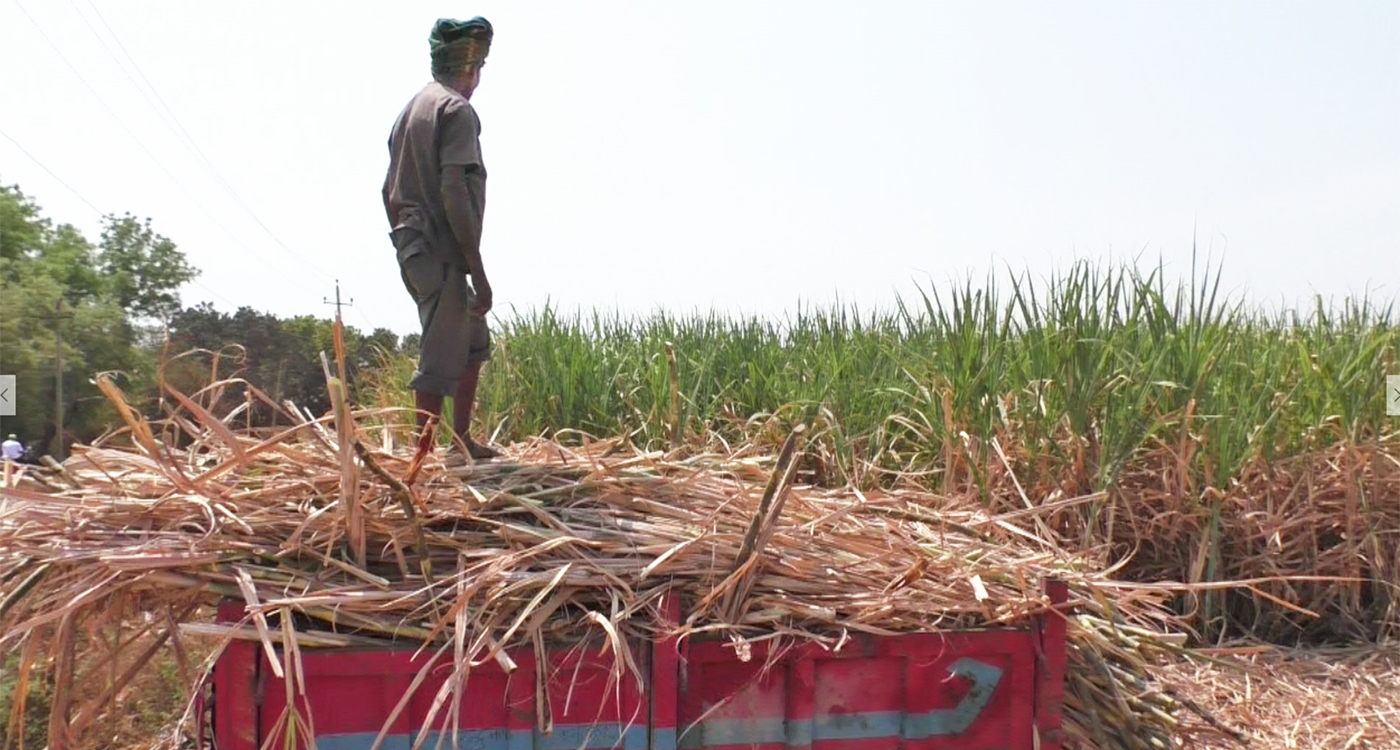 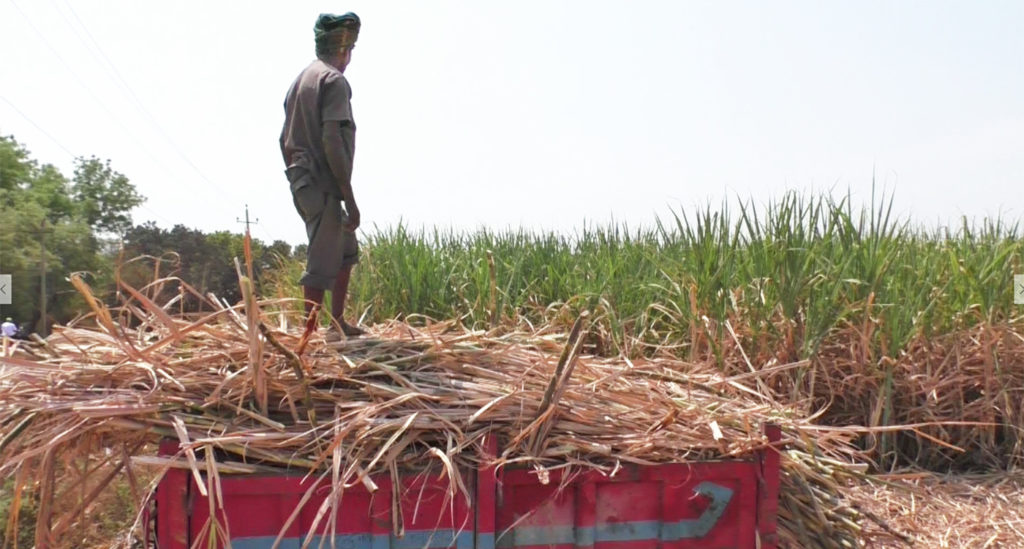 Delhi is considered one of the most polluted cities in the world. Air pollution is caused due to rising number of vehicles, industrial pollution, construction activities and reducing green cover not commensurate with rapid urbanization. Air quality worsens from mid-October to mid-November, often slipping from severe to hazardous category. A major reason ascribed to poor air quality is stubble burning in Punjab, Haryana and parts of UP. The situation gets compounded by lighting of firecrackers on Diwali. Regulatory actions in Delhi (odd-even scheme) or cajoling farmers through sops (or drastic actions) have not proved successful. The National Green Tribunal (NGT) and State Pollution Control Boards have issued several directions to states to control stubble burning, but without noticeable outcomes.

Are there no solutions to tackle stubble burning? Scientists working in this field, environmentalists, farmers’ organisations and agricultural economists have suggested responsible solutions. The authors have first-hand experience in the field; they interacted with scientists, policymakers, farmers adopting prescribed technological solutions, and analyzed the body of ‘limited’ literature on the subject in the past few years. Based on these, an actionable framework, in short and medium to long term, is suggested that needs political will and cooperation of all the stakeholders, mainly the farming community.

How did the problem start?

Earlier, farmers of Punjab and Haryana used to grow three crops in a year: short-duration paddy (termed Sathi) in May that was harvested by mid-July; during kharif (rainy season), farmers would go for late-sown high-yielding paddy, for which free irrigation and procurement by government agencies were favorable (few farmers started cultivating Basmati rice during this season); and after harvest of kharif paddy, high-yielding varieties of wheat were grown in the winter. Cultivation of Sathi was possible because of abundant shallow groundwater to irrigate the water-guzzling crop even during peak summer. But unsustainable cropping practices led to a steep decline in water table, prompting both Punjab and Haryana to enact laws to ban early transplanting of paddy. As per law, paddy nurseries can only be started from 10 May and transplanting from 13 June in Punjab (dates for Haryana are 15 May and 15 June, respectively).

These fixed dates delayed harvest of the crop to October, a time when farmers are supposed to prepare land for wheat. Although tech solutions are available, farmers take the easiest option to clear the fields, by burning the stubble/residue. And then there are other factors—increased straw production surpassing the demand of fodder, drastic decline in agricultural workforce (labor) and increased mechanized harvesting operations.

What are the solutions?

The kharif paddy crop sowing cannot be advanced—the existing Preservation of Subsoil Water Act in Punjab and Haryana cannot be relaxed because of a fast depleting water table (studies say it is reducing at 0.3 to 1 meter/year). So we need technological alternatives to stubble burning.

Short-term solutions: Happy seeder is a tractor-mounted machine that sows (wheat) seeds without the need to till the field or remove existing paddy straw. The remains of rice crop residue act as mulch, conserving soil moisture and improving soil health. Research shows such climate-smart practices lead to reduced carbon dioxide emissions, enhanced micro-biome activities in the soil, and less weed infestation. Happy seeder and implements like straw-spreader or straw management system (SMS) have been field tested. Governments (Union and states) have encouraged farmers with subsidies to adopt these. The usage of happy seeders has incrementally gone up, but has not caught up fast enough to make a perceptible dent on stubble burning. The cost of machines (over ₹ 150,000 or US$ 2088) is often cited as a reason for low adoption.

Business models with lead farmers, farmers’ cooperatives and service providers through custom-hiring centers have to be developed to provide machinery on demand. Massive awareness campaigns and capacity-building activities need to be undertaken for all the stakeholders. Initially, subsidies on machines may be raised and farm cooperatives and specialized start-ups may be encouraged to operate custom-hiring centers. Gram Panchayats may also be made responsible to take up such activities. Banks and financial institutions should provide capital assistance to desirous individuals/groups.

Machinery would displace manual labor. It could, therefore, be suggested to engage agricultural laborers in the collection of paddy straws for production of manure and other purposes. Wages of these laborers could be met from the MGNREGA funds by Panchayati Raj institutions. This will generate employment.

A new cadre of trained human resource would be needed to provide technical know-how to farmers. For this, attracting youth in agriculture would greatly help.

Till kharif paddy is substituted with other crops, cultivation of short-duration rice varieties suited for direct-seeded-rice (DSR) method coupled with micro-irrigation could be tried as an alternative. DSR paddy takes less time for establishment and there is no transplanting shock to the plant. This method may significantly save irrigation water and advance the growing season (as no transplanting is done). This would widen the gap between paddy harvest and wheat sowing, thus potentially reducing burning problem.

Baling of straw by suitable machines can clear the field for next sowing, and scientific binding of straw can be employed to address fodder scarcity in nearby areas.

Adoption of zero-tillage farming for crop residue management has been advocated by ICAR and CIMMYT. Zero-tillage using happy seeder alone has the potential to solve half of the residue burning issues. It reduces GHG emissions, and also ensures remunerative income to farmers.

Medium to long-term solutions: Phasing out current subsidies provided on piecemeal basis and transitioning towards a holistic farming approach through provisioning of payments for ecosystem services will provide farmers better opportunities to take wise decisions in accordance to their local circumstance. In addition to conservation agriculture, high-value crops like fruits, vegetables, maize, soybean, etc, could be replaced in stubble burning areas. Climate-resilient crops like sorghum and millet (nutri-cereals) could be planned.

Processing infrastructure to support a vibrant value chain linking to the market would, however, be needed. Also, making pellets/briquettes from paddy straw for their use in (thermal) power plants, use of stubble in bio-refineries (bio-ethanol), biomass gasification, etc, have been suggested as solutions to utilize paddy straw.

Non-basmati paddy cultivation is preferred by farmers, mainly because of assured procurement under MSP. A gradual reduction of the common paddy area and substitution with other crops (including Basmati) may reduce environmental footprint. Subsidies for power/irrigation water, fertilizers, etc, have compounded the problem. Diversification of existing cropping system is also fraught with high political dynamics. A strong will from top political leadership (maybe with a direction from the judiciary) may change the behavior of all actors in the policy arena.

India is world’s third-largest emitter of GHGs. As per a report submitted by the Government of India to the UNFCCC, crop-residue burning accounts for 2% of GHG emissions within the agriculture sector. Effective mitigation measures with contextual adaptation practices as suggested above would reduce stubble burning, thus lessening the load on the environment and possibly making the Delhi air cleaner.