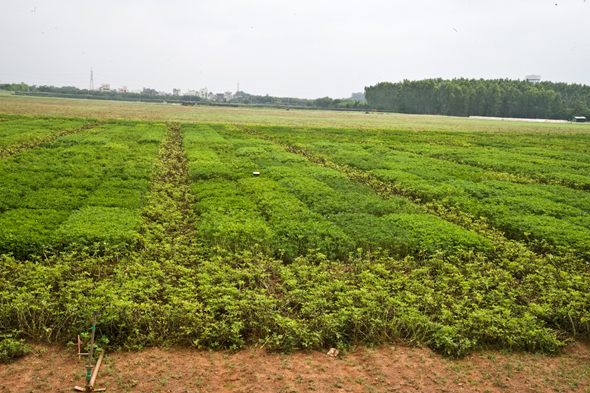 For the first time in groundnut crop, a Near-Isogenic Lines (NILs) evaluation trial of marker assisted backcrossing (MABC) derived lines, was constituted for national testing, under the All India Coordinated Research Project on Groundnut (AICRP-G).

NIL trail was constituted at the recently held workshop during 18-20 April at Junagadh Agricultural University, Gujarat.