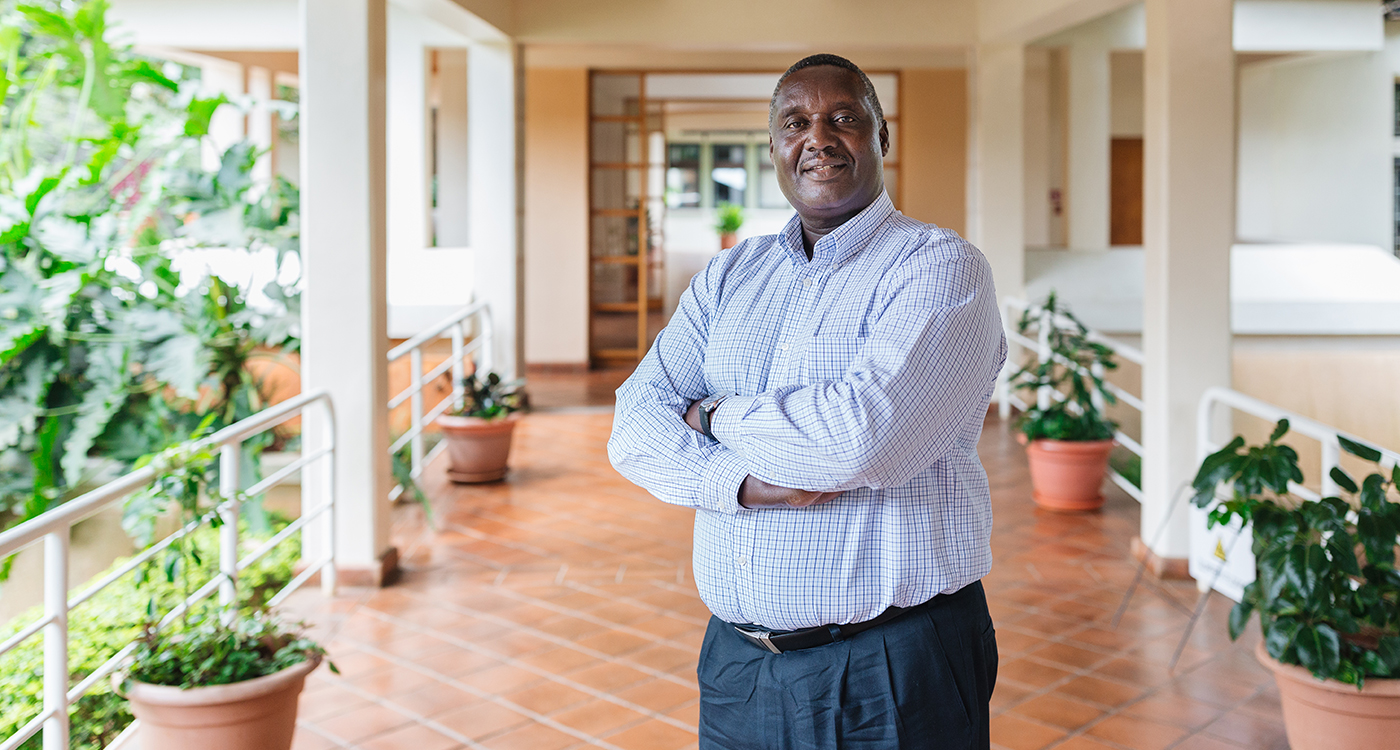 What diet and related agriculture changes have you seen in Africa? 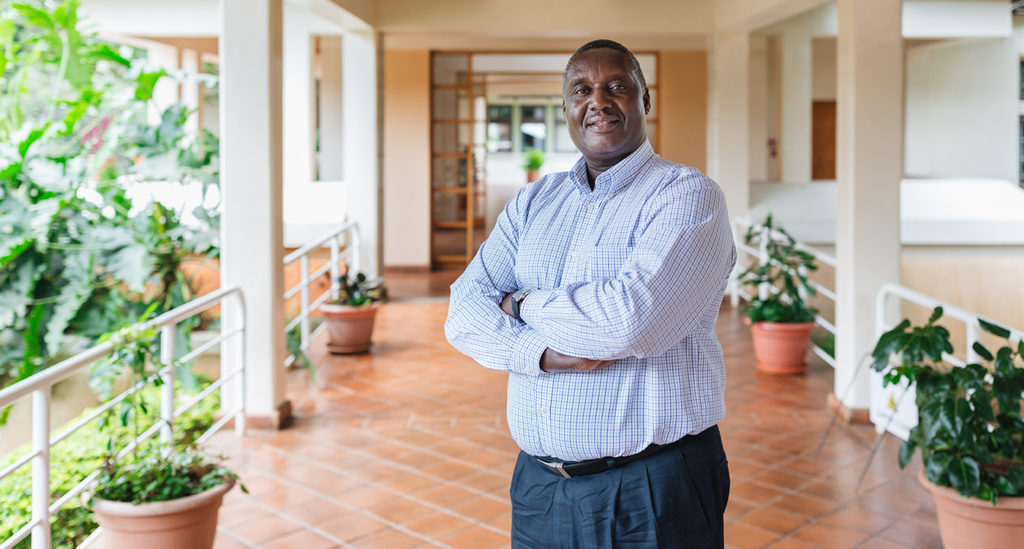 Across Africa the diets are changing. Twenty years ago rice was not a very common food in Africa. It was bought and consumed on occasions because the price was high. But the price of rice coming from the East, is cheap and is comparable to some of the cereals. Because of the low price, there was a big move towards rice consumption. Also, the countries in Africa have developed irrigation schemes and the local production is converting to rice.

When we have drought situations and famine – what do the governments bring in? The donation is typically maize. And once people’s palates have tasted maize and they realize that the government’s going to provide that year in year and out, they don’t grow sorghum and millets, which would naturally be the crops most suitable for those drought prone areas. So people who have traditionally grown sorghum and millets then change to maize.

However, some organizations like World Food Programme (WFP) are now changing that. For areas that have famine or flood but are predominantly millet or sorghum consuming areas, WFP tries and procures sorghum and millet for those areas so as to not drastically change people’s diets and so people do not become dependent on maize which regularly fails in those agro-ecologies.

Also maize mills were brought into villages and these mills don’t process any of the other grains. This convenience of mechanical processing further encouraged people who had traditionally grown sorghum and millets to change to maize. Processing of the traditional grains became something only your grandparents could do.

We are seeing a number of health-related diseases and we think it’s because of this change in the diet. Also, people are going for highly processed foods. I think the time for popularizing Smart Food like millets, sorghum and legumes in Africa is now.

What approaches have you taken to popularize Smart Food among consumers?

For the people in the rural areas to consume these traditional Smart Foods, it is behavior change we need at the household and at the farmer levels. The farmers and their families are the first market. It is good for them and it is good for the processor to put it out in the market. So our approach on behavior change is really on those two levels.

We created an African recipe book for easy ways to cook sorghum and millet. We also ran a season of a Smart Food Reality TV show with a competition to cook sorghum, millets and legumes. This was all part of a USAID-funded project (AVCD).

The approach for making the product available in the urban areas requires that we work closely with the private sector for the processing. For the rural areas we think awareness is important. Engaging with schools is one approach that is happening now. The reason for this is because many of these children are growing up when some of those crops are no longer being utilized at the household level and they are losing out on the benefits but also on the awareness that these are nutritious foods.

We conducted the field days differently. We had a product that people can taste, people can feel, people can see, and if you have 3 number of products, people have choices and they see that you can make so much more other than just showing grain at a field day.

The push towards behavior change and being able to communicate the nutritional benefits I think have been the game changer. I wish we had more money to invest in terms of behavior change, trying to get people to appreciate the products more and the many ways we can utilize them.

And for me personally, working from this angle – focusing on uptake and utilization – is very different from working as a crop scientist, where I looked at production as the answer to adoption. Focusing on communication and behavior change is a whole new approach.

Behavior change is important. People want convenience because of the change in lifestyle. Is there something that I can prepare quickly? It is important that people then understand the benefits over the years of diet- based solutions, and understand, maybe instead of popping a tablet of folic acid you need to be ready to consume the right food. That is why we are approaching it from the angle of behavior change.

What do you think has changed since the launch of Smart Food?

I think one major change has been the private sector embracing processing of these traditional and Smart Foods.

The fact that we are now able to process a number of products from e.g. either finger millet or sorghum or even pigeonpea, this has attracted attention. Even the media has started focusing on the benefits of these Smart Foods.

Now that the private sector has taken them up, it doesn’t matter where you are from, if you like the taste, it’s there available for your convenience to pick it off the supermarket shelf. This has happened in less than ten years. Previously, if you wanted to consume these products, you had to be from an area where they are grown and you needed to know how to process them. So that has been a very big transition thanks to the private sector initiatives.

How is the overall response of Smart Food?

Smart Food in particular is a good name. We realise that people pay attention when we talk about Smart Food, even if we are talking about traditional crops.

Now that we are calling them Smart Food, people realize the benefits from these traditional crops and that there is more than what they knew before. In terms of the Smart Food initiative, I think we are likely to succeed in the coming years working with the processors, because product development and retaining the nutritional value is going to be very important.

There are a number of countries, because of the prevalence of drought, that are now giving a lot of importance to the millet and sorghum cereals. Zimbabwe is one of them. And what is interesting about Zimbabwe is that we haven’t yet made the push to create processed products. So it is essentially consumed as a staple in the rural areas. Other countries that have great potential are for example Botswana and Namibia, where millets and sorghum are the only cereals that can survive well in the harsh conditions and they are the staples.

There are countries like Ethiopia where sorghum injera is now becoming very popular not just in the drylands, but also in the highlands. So in those areas it is much easier to popularize any other sorghum or millet product because people are already consuming there.

We have seen some tremendous changes both in awareness in the urban areas and also in the rural areas about the benefits of these Smart Foods. And we can foresee trends like in Kenya, where even the government has also started taking interest; and right now they have a legislation to make it compulsory to blend sorghum and millet with maize flour, which we think is a big, big development.

The beauty that our products offer is that it is natural; they don’t have to use chemicals to fortify. And we think that the knowledge that we are now providing both in terms of science from the background of our production to the nutrition information, is providing confidence that the food we are talking about is super healthy and should be part of the diet.

For the full transcript of the interview click here