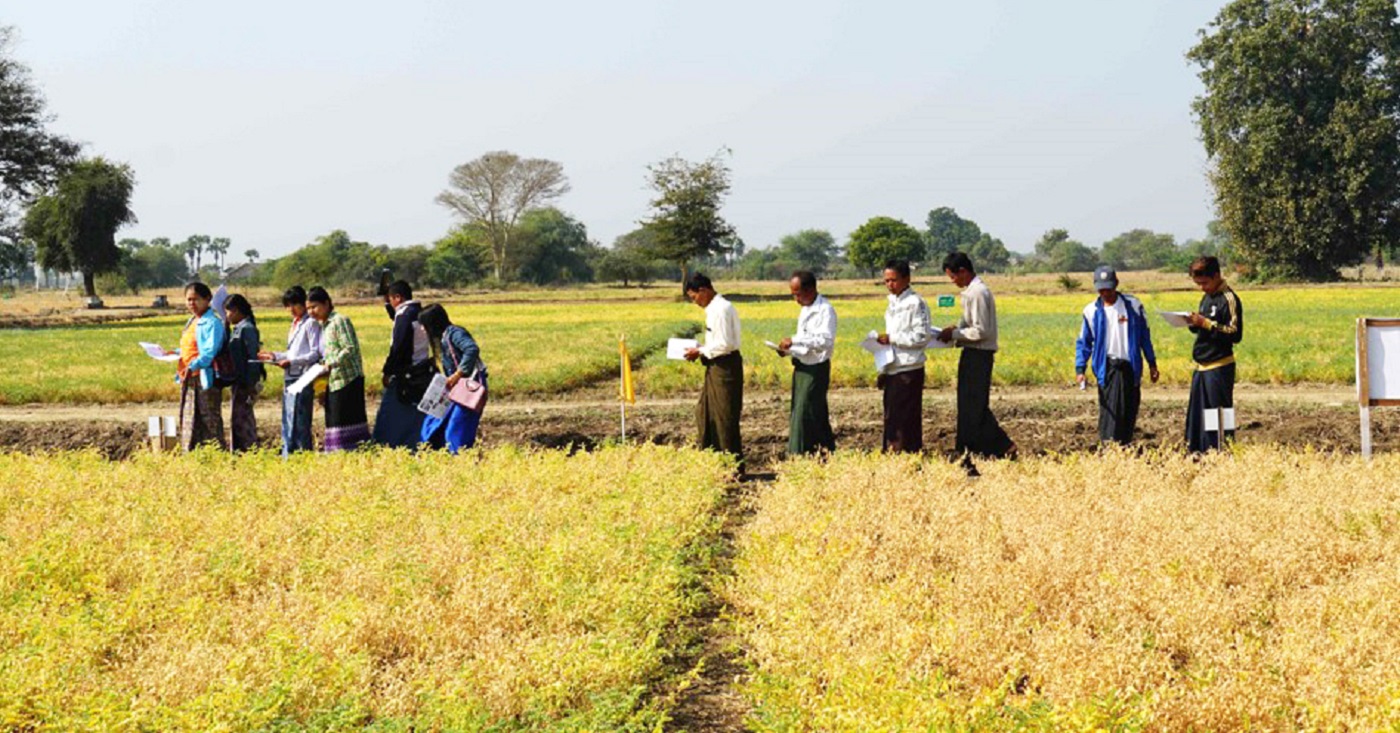 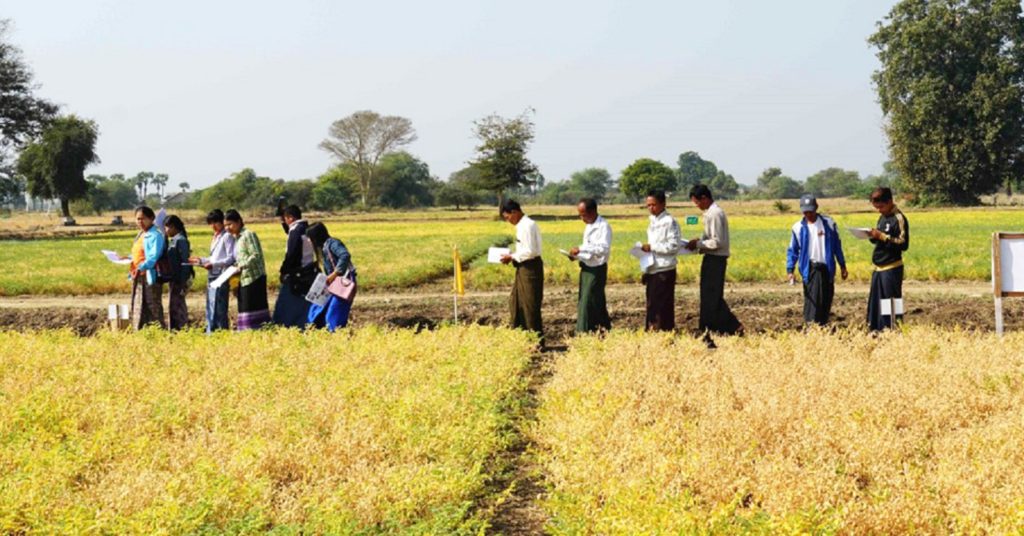 Myanmar has witnessed a chickpea revolution during the past two decades  as production increased nearly eightfold (from 67,000 tons  in 1998 to 527,000 tons in 2017) due to 300% increase in area (101,000 to 376,000 ha) and doubling of productivity (660 to 1,400 kg/ha). The country is now the third largest producer after India and Australia, with most of the chickpea cultivated area under improved varieties produced through DAR-ICRISAT collaboration. Consequently, it has emerged as a major exporter.

I recently visited Myanmar’s chickpea fields to participate in the Farmers’ Field Day at Zaloke Research Farm of the Department of Agricultural Research (DAR). About 120 farmers participated in the event. The research farm demonstrated varieties awaiting release alongside released cultivars. The seed samples of these varieties were also displayed. Farmers examined the crop and voted for three preferred varieties. 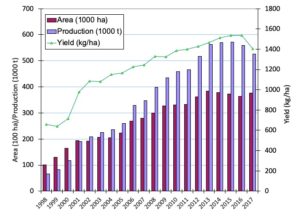 Myanmar’s chickpea production has grown exponentially in the past two decades.

Farmer feedback on the varieties is valuable as it helps in the final selection of a variety for release. The farmers listed early maturity, enhanced tolerance to terminal drought and heat stresses, and suitability to machine harvesting among the desired traits. The DAR chickpea breeding program has remained highly focused and effective thanks to regular interactions with farmers.

ICRISAT and DAR have had strong collaborations in chickpea breeding in the last 40 years. All but one variety released in Myanmar are from breeding materials supplied by ICRISAT. The Department of Agriculture (DOA) maintains variety-wise statistics on area, production and yield of chickpea.

I also visited DOA’s Pauk Inn Seed Production Farm in Chaung U Township of Sagaing Division. The department was producing seed of improved chickpea varieties on 1,200 acres with residual soil moisture but it looked like an irrigated crop!

During our discussions, Dr Naing Kyi Win, Director General, DAR, requested ICRISAT’s help in modernizing Myanmar’s breeding programs with a focus on speed breeding and data management. He also recognized the collaboration of DAR with ICRISAT during the former’s Crystal Jubilee celebrations on 27 January 2019. Dr Win presented a certificate acknowledging our long standing collaboration with DAR.

ICRISAT’s chickpea breeding program is well aligned with the priorities of Myanmar’s farmers. In response to farmer demands and local conditions, development of machine harvestable early maturing varieties with enhanced tolerance to terminal drought and heat stress are underway.