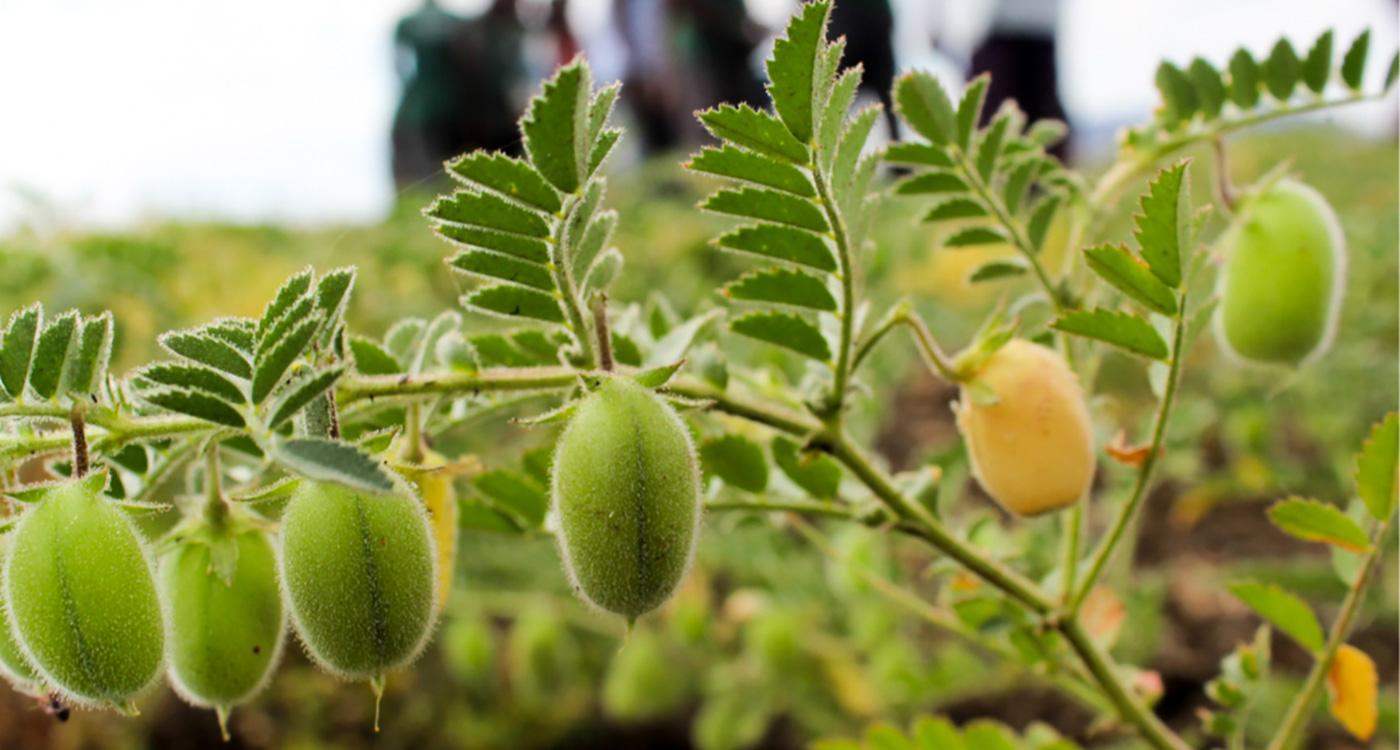 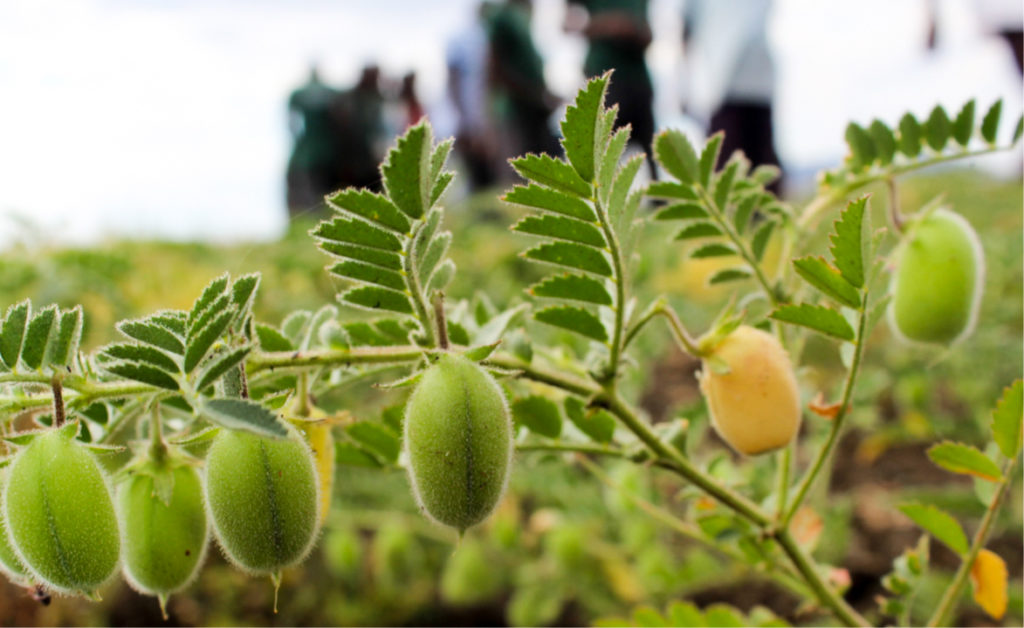 A chickpea crop in fruit at a demonstration field in Phalombe district.

Chickpea is an important cash crop grown mostly in the shire highlands of Malawi. Major chickpea-producing districts include Phalombe, Chiradzulo, Mulanje and Thyolo. Despite being one of the smallest countries in Africa, Malawi is ranked 14th among the world’s 58 major chickpea producers. A key challenge has been the absence of improved varieties.

ICRISAT Malawi aims to develop new adapted and productive chickpea varieties by 2020. To speed up the release process, the MSIDP, through ICRISAT, is introducing material bred at its other centers and conducts farmer participatory research to identify the best adapted materials for Malawi.

Along with the three varieties, a complete technology package for production is being tested alongside. After two years of experimentation, it is clear that women prefer early-maturing materials to bridge their household legume requirements, while men consider seed size as the most important quality, for increased grain weight at the market.

“We plant chickpea after harvesting other crops like sweet potato since it does not require a lot of water. This is good for farmers like us who own very small landholdings,” said Ms Emily Mateyu a smallholder farmer, who grows chickpea on a 0.3 ha piece of land, in Phalombe district.

Due to its short duration of growth and high adaptability, chickpea provides an option for farmers who own limited land. In Phalombe, most farmers own less than 0.5 ha of land, as tea plantations cover almost half of the total arable land. This technology will thus bridge the growing seasons while meeting food and income needs.

A high market value for chickpea, coupled with its ability to survive on residual soil moisture, is increasing demand for science to provide quick solutions. This effort by ICRISAT also fits well in government’s crop diversification agenda for food and income security.

Read more about ICRISAT’s work in Malawi on EXPLOREit