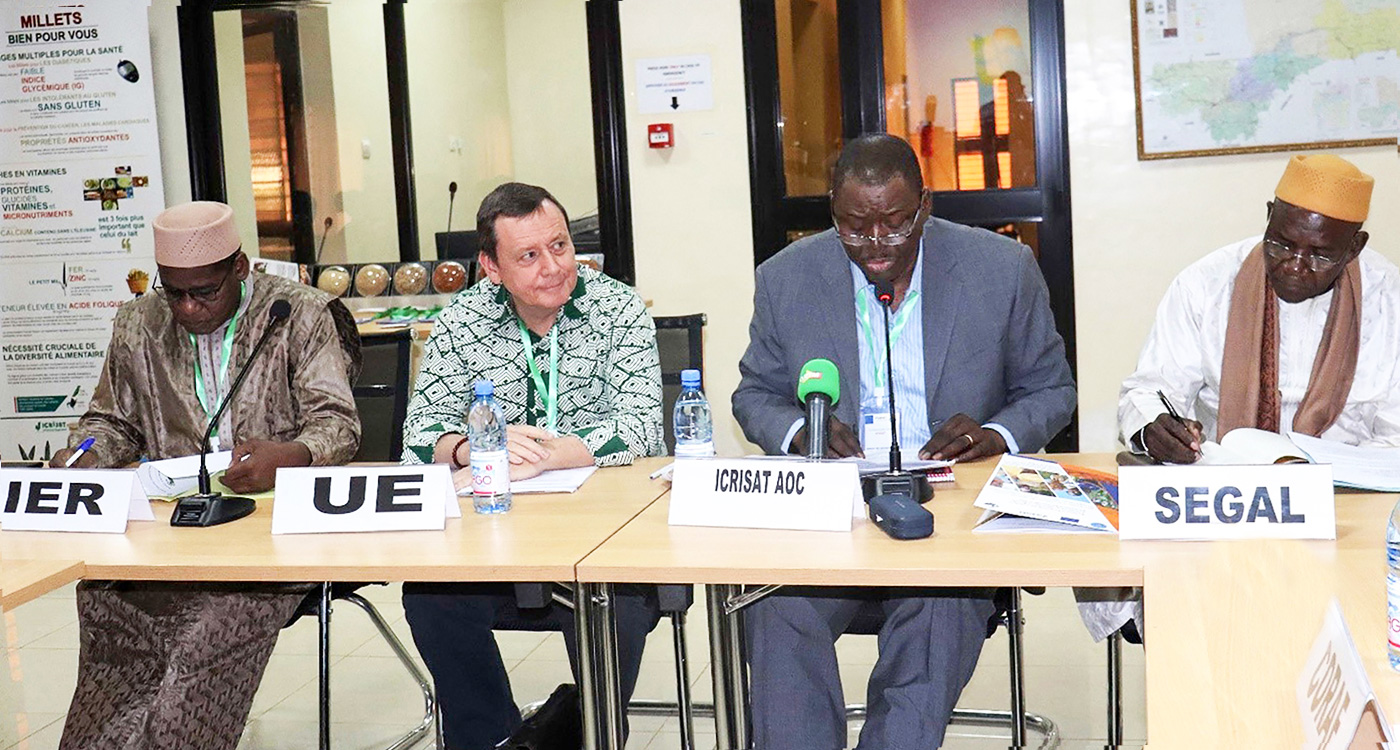 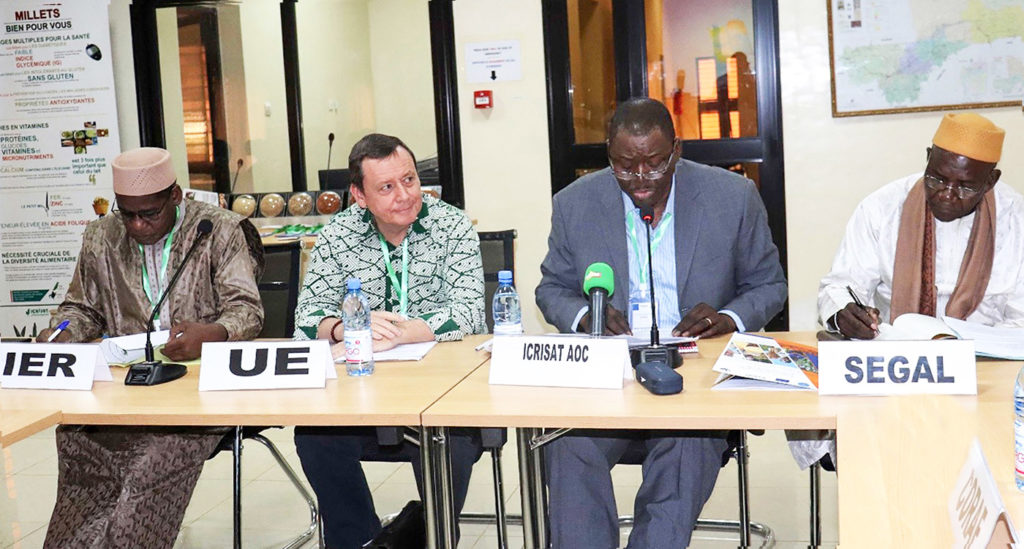 Delegates during the launch meeting of APSAN-Mali project at ICRISAT-Samanko in Mali. Photo: N Diakite, ICRISAT

A new project aimed at improving food and nutrition security in Mali by enhancing crop productivity and climate resilience was recently launched by ICRISAT in Mali. The five-year EU-funded project is set to benefit around 40,000 people in Kayes, Koulikoro, Ségou and Mopti regions of Mali. The project also aims to strengthen seed-systems through public-private partnership.

According to Dr Ramadjita Tabo, Regional Director, ICRISAT-WCA, the project has strong synergies with the Accelerated Varietal Improvement and Seed Delivery of Legumes and Cereals in Africa (AVISA) project and with another regional project, West Africa Breeding Networks and Extension Empowerment (ABEE), which is also funded by the EU and coordinated by CORAF.

“We have the opportunity to lay the groundwork for a major project aimed at improving food and nutrition security as well as the incomes of thousands of Malians,” Dr Tabo said, speaking about the projects underway.

The project will be in partnership with Institut d’Economie Rurale (IER). During the launching of APSAN-Mali, Dr Abdoulaye Hamadoun, Director General, IER, highlighted the efforts to improve food security even as he recognized the support provided by ICRISAT to the national research institute in developing appropriate technologies to tackle climate change.

Mr Olivier Lefay, representative of the delegation of European Union, described APSAN –Mali as first agronomic research project of its kind. The work done by ICRISAT in the past in the region, particularly in Niger to regenerate degraded land, and the land development work carried out by the IER in Mali, led to partnership with these institutions, he said.

Mr Seydou Keita, Technical Advisor, representing Mali’s Ministry of Agriculture, stated that the improvement and adoption of high-performance varieties is a major step towards the qualification of crops in terms of productivity and commercial outlets.

He urged all partners to double their efforts in the development of varieties, which are better adapted to the diversity of ecosystems and to the demands of farmers and end users. He stated that the Government of Mali will remain available to all to support sustainable agriculture for enhancing food and nutritional security, increasing farmer incomes and improving the resilience of the poorest farmers to climate change and economic vulnerability.

Dr Baloua Nebie, a sorghum breeder at ICRISAT, will coordinate the project. The project will be executed by an interdisciplinary team comprising breeders, socio-economists, climate change impact and system agronomist, gender, communication and Smart Food specialists from ICRISAT and partnering institutions.

To know more about ICRISAT’s work in Mali, click http://exploreit.icrisat.org/profile/Mali/346