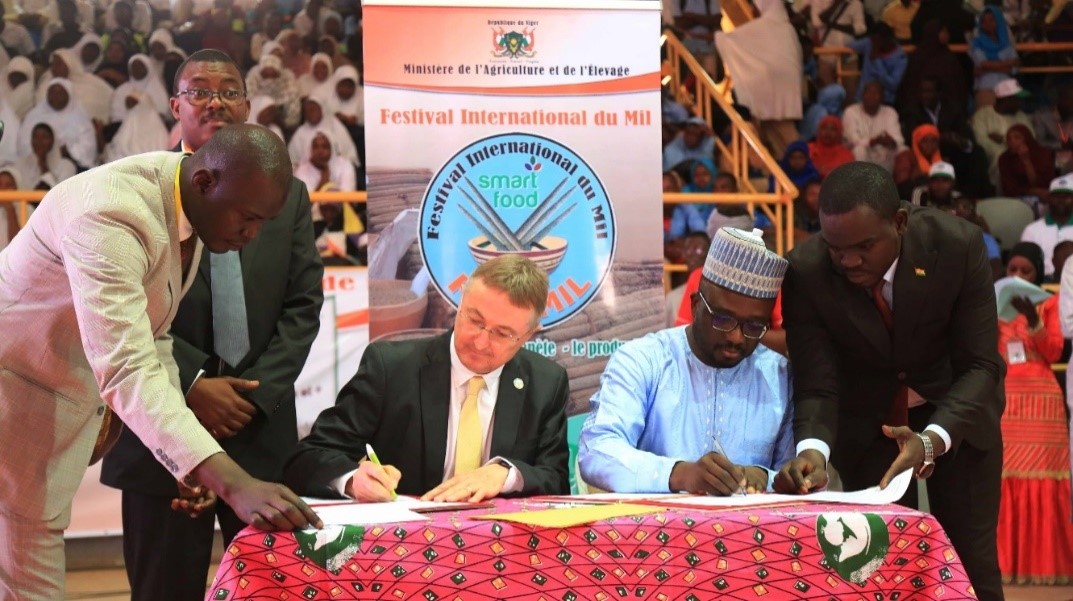 New partnership between Niger’s Agency for Information Society and ICRISAT 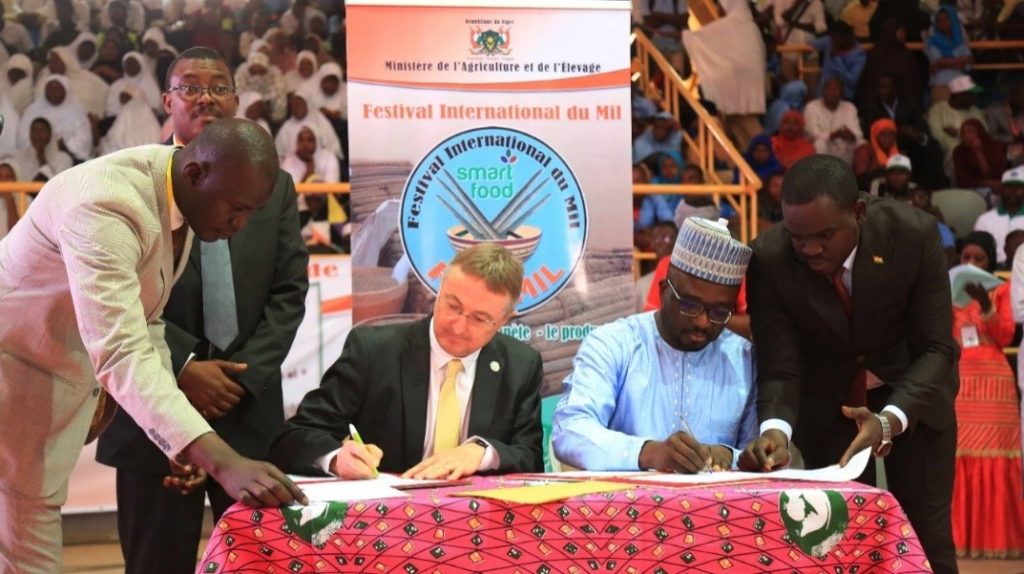 The establishment of an innovation and technology city at ICRISAT Sadore research station, as part of Niger government’s Niger 2.0 program, was formalized with the signing of an MOA between Niger’s Agency for Information Society (ANSI) and ICRISAT. The agreement was signed during the International Millet Festival (FESTIMIL) held in Niamey, Niger.

The center, developed around clusters (agribusiness, health, education and more), will host a startup and small-medium enterprises acceleration and incubation center, a training and certification center (university for technical/professional training), a coding academy, a business center, a national data center and assembly lines for digital and other equipment including computers, tablets and solar panels.