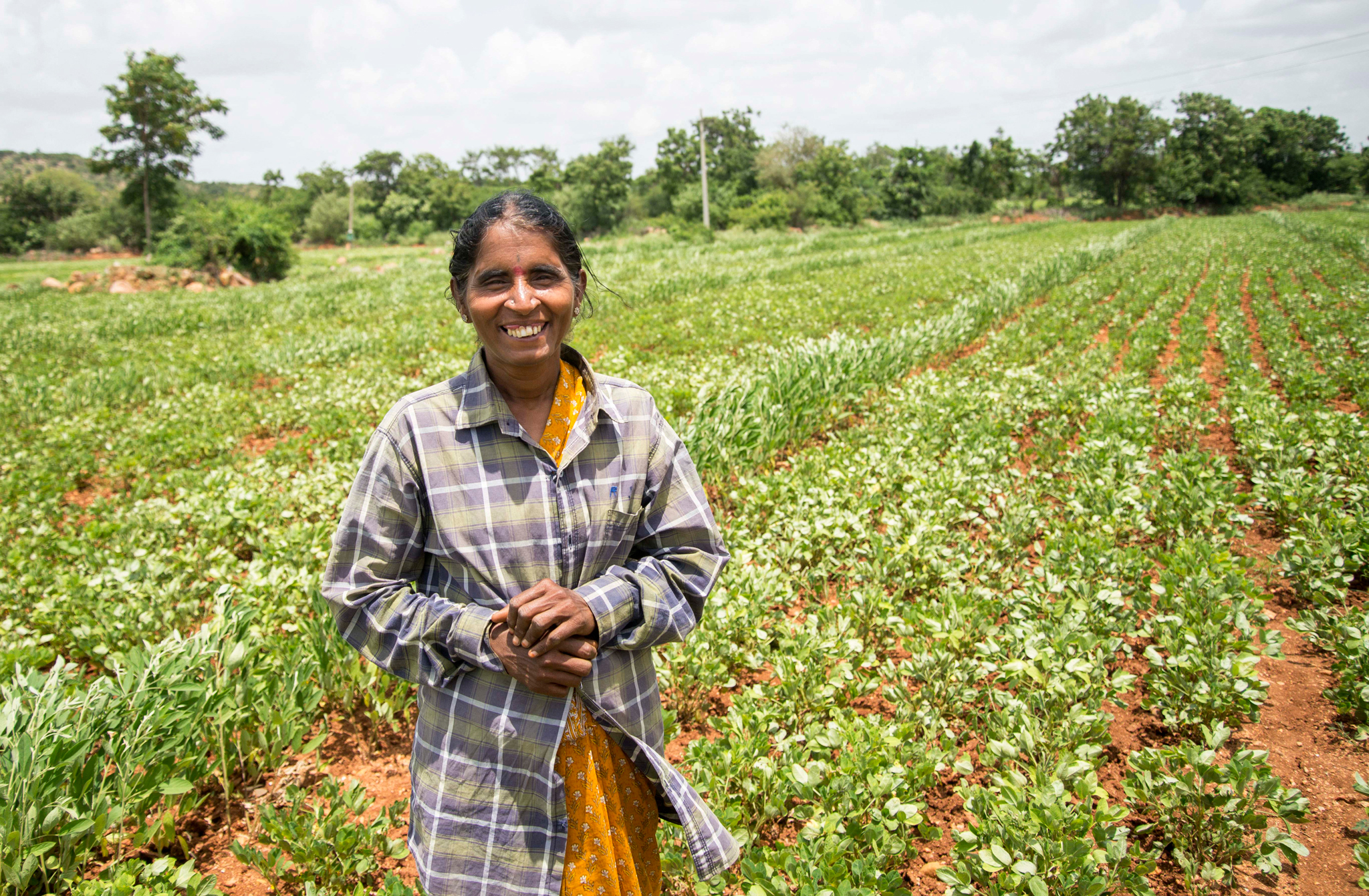 The test results of a new sowing app for groundnut farmers reveal that 175 smallholder farmers who followed the advice provided for sowing and managing their crop experienced a 30% yield increase.

Based on the advice received, farmers sowed groundnut in the last week of June and first week of July 2016.
Mr G Chinnavenkateswarlu, a farmer with three acres
(1.21 ha) says, “I sowed groundnut on 25 June based on the sowing recommendations provided. My crops were harvested on 28 October and the yield was about 1.35 tons per hectare. Advisories provided for land preparation, sowing, and need based plant protection proved to be very useful to me.”

The crop sowing period was calculated based on historic climate data spanning over 30 years (1986- 2015) for Devanakonda area in Andhra Pradesh. Two step computations were done based on 1) present moisture adequacy index (MAI) calculated from the daily rainfall recorded and reported by the Andhra Pradesh State Development Planning Society and 2) future MAI calculated from daily rainfall forecasted for the area by aWhere Inc., for the next five days.

Based on these computations, the optimum sowing period was estimated to start from 24 June, which was followed by the registered farmers. Subsequently, sowing advisories were initiated and disseminated to those farmers. Dissemination of advisories continued till harvesting of crop.

In some farmers’ fields, the crop dried up and rains received later did not improve the situation. On the other hand, crop sown during last week of June and first week of July were able to recover from the moisture stress after receiving rains from 11 September onwards.

Crop cutting experiments conducted at selected farmers’ plots indicated that registered farmers who have sown as per the advisory have obtained 30% increase in yields compared to some of the non-registered farmers, who had sown in the first week of June 2016.

“We are excited about the results that have emerged from the use of the sowing application and personalized village advisory dashboard. We look forward to continuing our partnership with Microsoft to enhance incomes and improve the lives of smallholder farmers, and give a boost to our digital agriculture initiative in a big way,” said Dr David Bergvinson, Director General, ICRISAT.

The sowing application is a joint partnership between the Government of Andhra Pradesh, Microsoft India (R&D) Pvt. Ltd. and ICRISAT. The pilot was implemented in Devanakonda administrative area in Kurnool district of Andhra Pradesh.

The results of the pilot were announced on 9 January in a panel discussion at the 20th National Conference on e-Governance in Visakhapatnam, Andhra Pradesh.