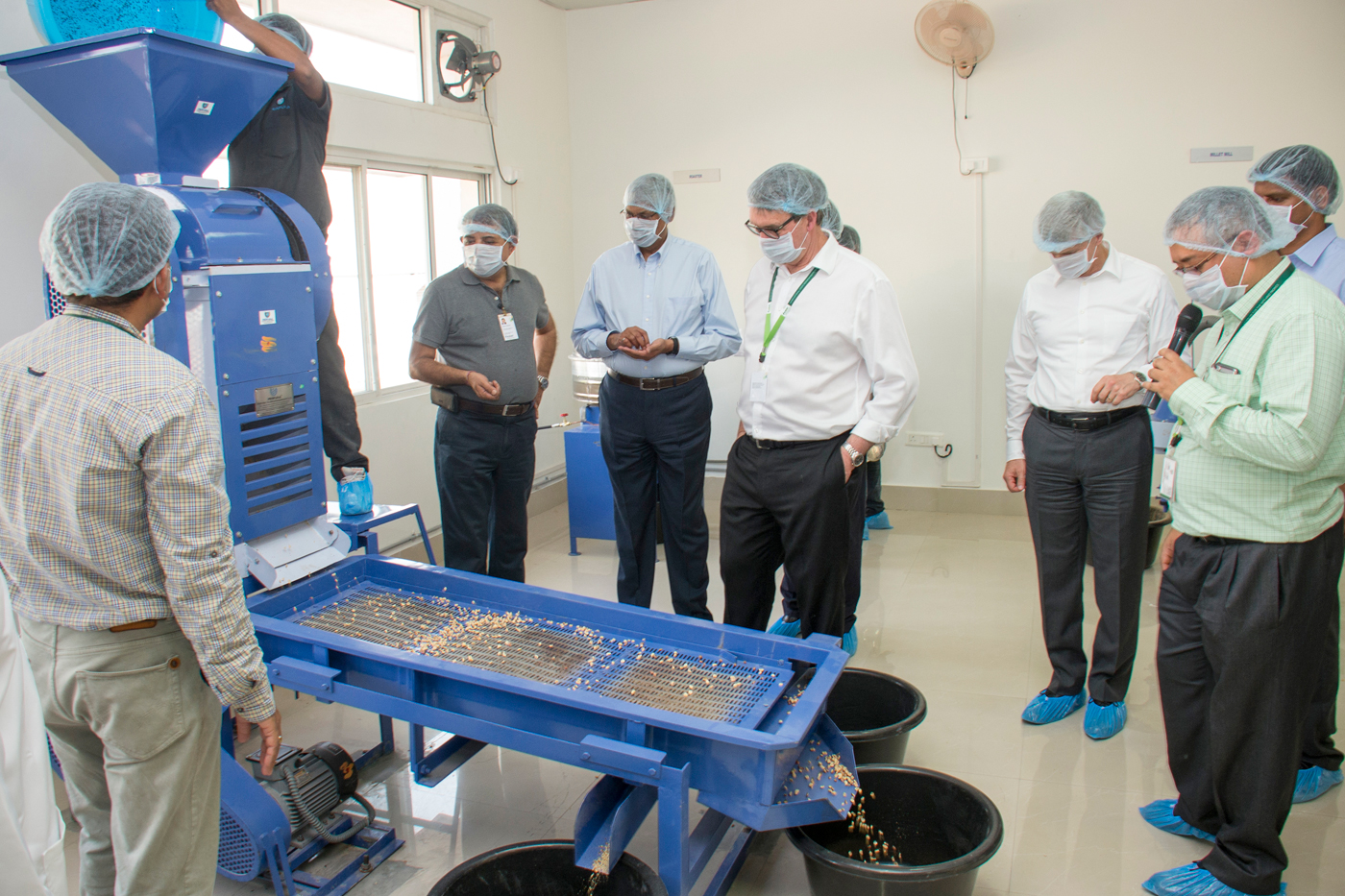 Over 6,000 farmers in Andhra Pradesh will move to an improved business model for better value chains and better incomes through an intensive two-year project supported by the Walmart Foundation in partnership with ICRISAT.

At a meeting in New Delhi on June 27, senior representatives from Walmart and ICRISAT launched ICRISAT’s program focussed on two key national priorities: doubling farmers’ incomes and addressing malnutrition in rural areas. Over the next two years, ICRISAT will work in Anantapur district in Andhra Pradesh state with 6,100 smallholder farmers, 2,000 of whom are women. The project will set up community-based millet and legume processing facilities, provide access to training and more productive plant varieties and educate buyers in the market about the nutritional value of grain legumes to help boost demand.

Anantapur is a dryland region where the adversities of climate change are felt by many farmers. Sorghum, millet, and legumes, especially groundnut, are cultivated in this region. Currently, traditional varieties are being used and farmers are looking to adopt new cultivation practices and cropping technologies. Walmart Foundation has granted close to US$2 million to the project as part of an ongoing initiative to improve market access for India’s smallholder farmers.

Many of the 6 million farmers in Andhra Pradesh have very limited access to formal markets. We believe sustainable development in farming communities can be accelerated through direct skills building and growth of entrepreneurship, which creates new opportunities for farming communities across Andhra Pradesh.
Ms Julie Gehrki  Vice President of Philanthropy, Walmart Foundation

ICRISAT has been working in over 17 countries across the semi-arid tropics of Asia and sub-Saharan Africa for over 45 years. A key component of its Walmart Foundation-funded project is the establishment of networks of small enterprise centers where smallholder-produced grain legumes can be collected and jointly processed. These centers will be run by farmer organizations and, youth and women entrepreneurs, with appropriate training and support.

Paul Dyck, Walmart Vice President of Global Public Policy and Government Affairs, said: “Walmart has a long-term commitment to India that is based on supporting domestic businesses and empowering local communities. We believe that helping India’s small farmers unlock their potential is one of the most effective ways for us to do this, with a ripple effect that will bring positive benefits for generations to come.”

For more on media coverage of this article click here