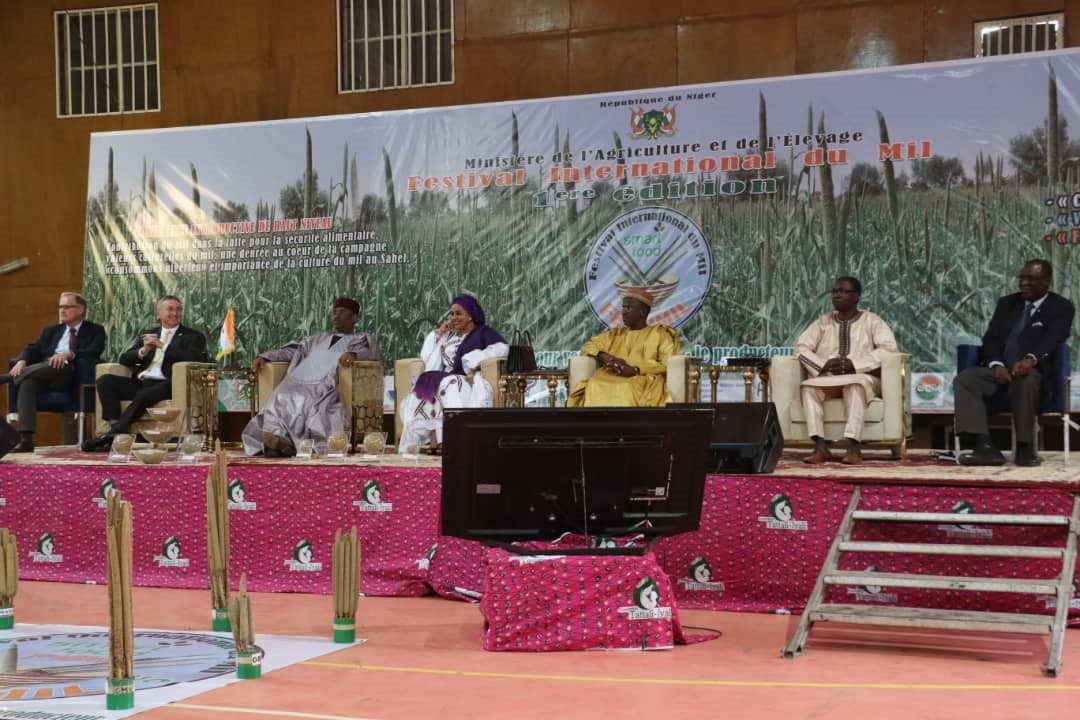 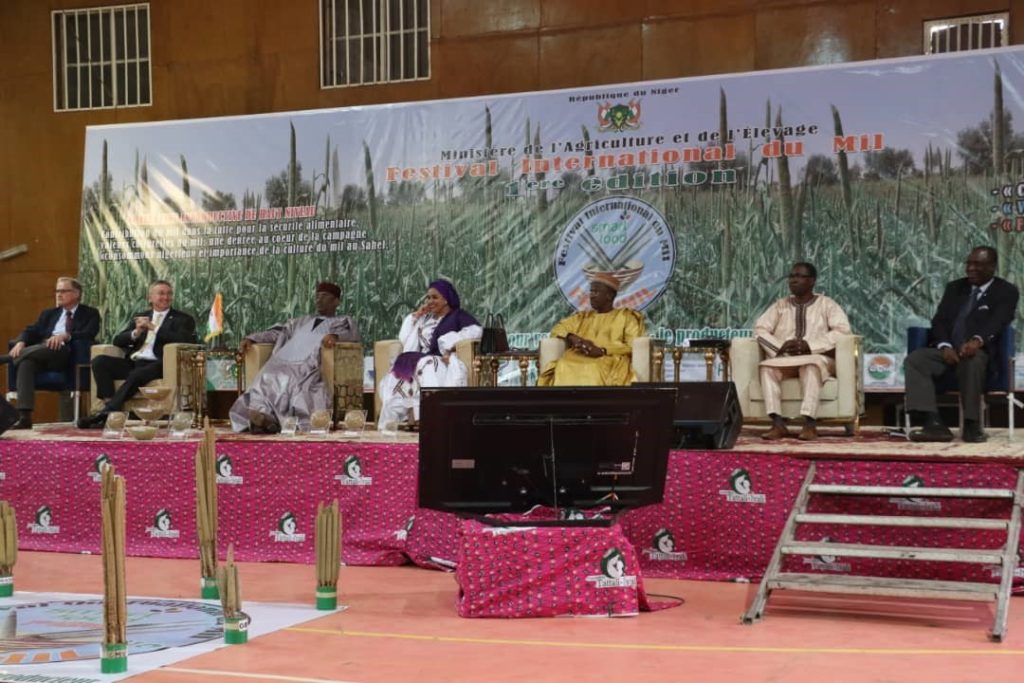 As part of the millet festival, a panel discussion on millet adaptability to climate change and its nutritional value was organized. The panel discussions covered three thematic areas:

The cultivation of millet and climate change

The discussion took place in the presence of:

During the discussion on the first theme, Dr Alhassane Agali, a crop physiologist, underlined the possibility of producing irrigated millet to achieve the objectives of the strategy, ‘Nigeriens Nourish Nigeriens’. Subsequently, Dr Njido Kane, a geneticist and molecular biologist, explained adaptability of millet in the Sahel from a genetic viewpoint.

The discussions on the second theme saw Mr Kaka Saley, Head of the Food Technology Laboratory (LTA) at INRAN, focus on the ways of processing cereals such as millet for a better diet. He emphasized the importance of operations and treatments during processing of millet. Mr Saley is also the President of the Technical Harmonization Committee 2 (CTH2) in charge of the harmonization of food standards of ECOWAS (since 2015), and of the National Technical Committee for the elaboration of agro-food products standards in Niger (Since 2003).

He further said that several methods of treatment have been developed and popularized by the Food Technology Laboratory of INRAN to ensure that essential nutrients such as zinc, iron, calcium and proteins in millet are not blocked. He also pointed out that less than 1% of production is processed in Niger and suggested a value chain ​​approach to boost the quality of processed products.

Dr Mahamadou Aboubacar, Head of Nutrition Unit, Head of Capitalization and Knowledge Management Division at the Office of the High Commissioner for the 3N Initiative (HC3N), outlined the nutritional situation of vulnerable groups, mainly women and children, in Niger and recalled the major actions planned as part the multi-sectoral nutrition security policy implementation. According to Dr Aboubacar, the situation of undernutrition in Niger is being driven by iron and zinc deficiencies, resulting in anemia among women and children. There is also an emerging problem of obesity. At the village level, the decortication of millet for preparation of dishes with long cooking times affects micronutrients in food. Calling for collaborations between research institutes and the small industry, he suggested the development of complete and fortified flour to meet the needs of the population.

Dr Fatoumata Hama, a nutrition researcher specializing in the nutrition of vulnerable populations and responsible for the Sensory Analysis Laboratory in the Food Technology Department (DTA) of the Institute for Research in Applied Sciences and Technologies (IRSAT), National Center for Scientific and Technical Research (CNRST), Burkina Faso, highlighted nutritional qualities of millet, including its ability to supply the body with lysine better than other grains. She insisted that millet is a means of fighting poverty because it has an added value. She shared Burkina Faso’s experience in setting up incubation centers in rural areas to process local cereals and how this has contributed to improve household baskets and family incomes.

Dr Moumouni AbdoulAziz, endocrino-diabetologist and nutritionist at the National Hospital of Niamey, Niger, attributed diabetes to food imbalance and encouraged consumption of millet for dietary diversification.

Discussions on the third theme focused on challenges and prospects in millet value chains. According to Mr Issa Mano, an agricultural engineer from Ahmadu Bello University in Zaria, Nigeria, the biggest challenge facing the industry is related to performance, which remains well below the world average.

Ms Liman Aminatou Issaka, President of the Federation of Women Processors of Niger, said she is currently working with research institutions to integrate a range of fortified organic millet varieties rich in iron and zinc to combat malnutrition in children, pregnant and lactating women. Also, she sought integration of processed millet products during the constitution of food security stocks by the state.

Mr Djibo Bagna, president of a peasant platform for hundreds of groups and unions of agricultural producers in Niger, asked for greater support to agricultural extension systems in the country.