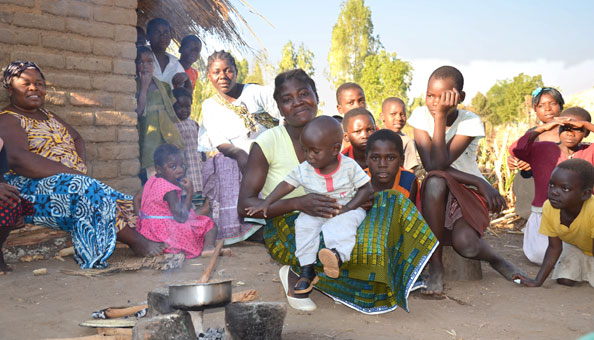 In Chambogho in Karonga district in North Malawi, 31-year-old John Msuku and his family insist pigeonpea has transformed their lives. When John first left school, he rushed to the southern city Blantyre to find a ‘proper job’. “My parents wanted me to stay and make a living out of fishing like them. But they had always struggled and I wanted a career where I would not be poor.”

Like so many other young people craving the urban dream, John failed to secure a steady income in town.

He decided to come back home and try his luck at farming. “I had never thought of agriculture having a business potential. I always saw it as being something you did just to survive, not to get rich,” he says. “I am happy to admit now I was wrong. Hard work and making the right choices has meant farming has brought us fortune and a good life.”

It was access to good pigeonpea seeds that got John into farming. Pigeonpea has proved to resist El Nino’s disastrous effects. The drought at the end of 2014 followed by floods has wreaked havoc with crop harvests this year.

The Food and Agriculture Organization of the United Nations (FAO) has estimated that cereal harvests have decreased by up to 27% compared to last year and the UN World Food Programme recently announced that 2.8 million people in Malawi will face hunger in coming months due to food shortages. However pigeonpea and beans have seen a slight increase despite the chaotic weather. This stresses the need for greater diversification on farms to boost food security.

ICRISAT has been working with smallholder farmers in Malawi to do just that. In partnership with the Malawi government, their seed production and distribution program has benefited 2.2 million families since it started in 2008.