• The seed coat of pigeonpea/red gram (tur/arhar) is rich in calcium and is a potential valuable input for baby food and mineral supplements.• Calcium is crucial for bone formation. Any imbalance leads to rickets in infants and children, osteomalacia in adults, and osteoporosis with ageing.• Reports indicate a drastic decline of calcium in Indian diets and emphasize supplementation through dietary or elementary sources.

Hyderabad, India: Pigeonpea (tur/arhar) seed coat has six times more calcium than milk, making it a potentially valuable input for the food and pharmaceutical industries to address health issues such as osteoporosis and rickets.

The findings were published by the International Crops Research Institute for the Semi-Arid Tropics (ICRISAT) in a peer-reviewed journal Sustainability. Currently, the seed coat fraction, which accounts for about 10% of the seed, is a by-product of the split gram (dal) processing industry and it is disposed of either as waste or cattle feed.

The research led by ICRISAT’s genebank has found that just 100 g of pigeonpea seed coat has 652 mg of calcium as against 120 mg in 100 ml of milk. Further research is in progress to evaluate the bioavailability of the nutrients. The human body requires 800-1,000 mg of calcium per day, which reports indicate that the contemporary Indian diet is not providing.

Pigeonpea is a pulse crop grown by farmers mostly in the semi-arid tropics in South Asia, Central America, and Africa, which serves as an affordable protein source. India is the biggest consumer and accounts for 82% of cultivation and 77% of production globally for the year 2020. It is consumed in a variety of forms such as dal (dehulled grain). It is also combined with cereals and fermented for preparing various popular dishes such as dhokla, dal patties, tempeh, adai and kadaba. 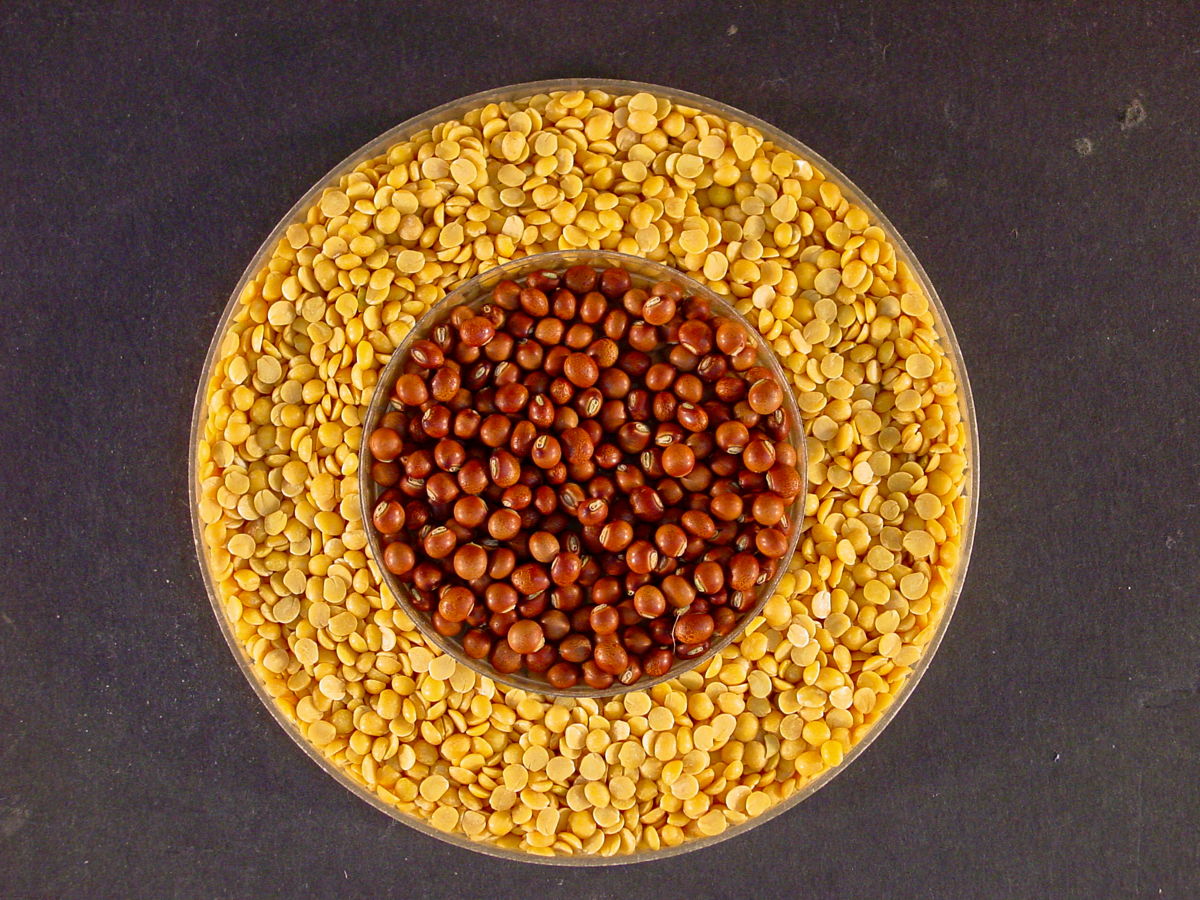 For the study, a subset of 60 diverse pigeonpea accessions (types) were selected from 600 pigeonpea accessions raised during the 2019 and 2020 rainy seasons (kharif) at ICRISAT. They were subjected to a cotyledon (the part without the seedcoat) and seed coat nutrient analysis using a chemical method. The calcium content (652 mg) in the seed coat reported in this study is higher compared to rice bran, wheat bran, and oat bran.

“For instance, the production of pigeonpea in India for the year 2020 was 3.89 million tons of grain, which produced 0.39 million tons of hull (seed coat) after milling (calculated as 10%). These 0.39 million tons can hold 2,543 tons of calcium which can supplement 6.90 million people for a year with a recommended daily allowance of 1,000 mg,” stated the study.

Pigeonpea also has the distinction of having more than 2.7 mg of iron in 100g of its seed coat as well as in the cotyledon, when compared to other legumes and cereals. The protein content in the cotyledon was seven and 18 times higher than that in the seed coat.

“The findings of high iron and protein concentrations in the cotyledon and high calcium accumulation in the seed coat can serve as a new guide for improved technological fractionation of these components to serve as a novel functional food ingredient and as a dietary supplement that can address malnutrition,” stated the study.

Researchers said that an effective waste management strategy and the demand for nutraceuticals have provided a new opportunity to use the seed coat as a valuable input for the preparation of dietary supplements.

“Plant-based micronutrient capsules have better absorption than synthetics. This creates a new field of research in pigeonpea for maximum utilization of the available nutrients. Management of waste by-products can certainly minimize malnutrition and hunger in terms of functional food and dietary supplement production. Pigeonpea, a legume crop of developing countries that feeds the resource-poor farmers and the malnourished population, can serve this purpose,” said Dr Kuldeep Singh, Genebank Head, ICRISAT 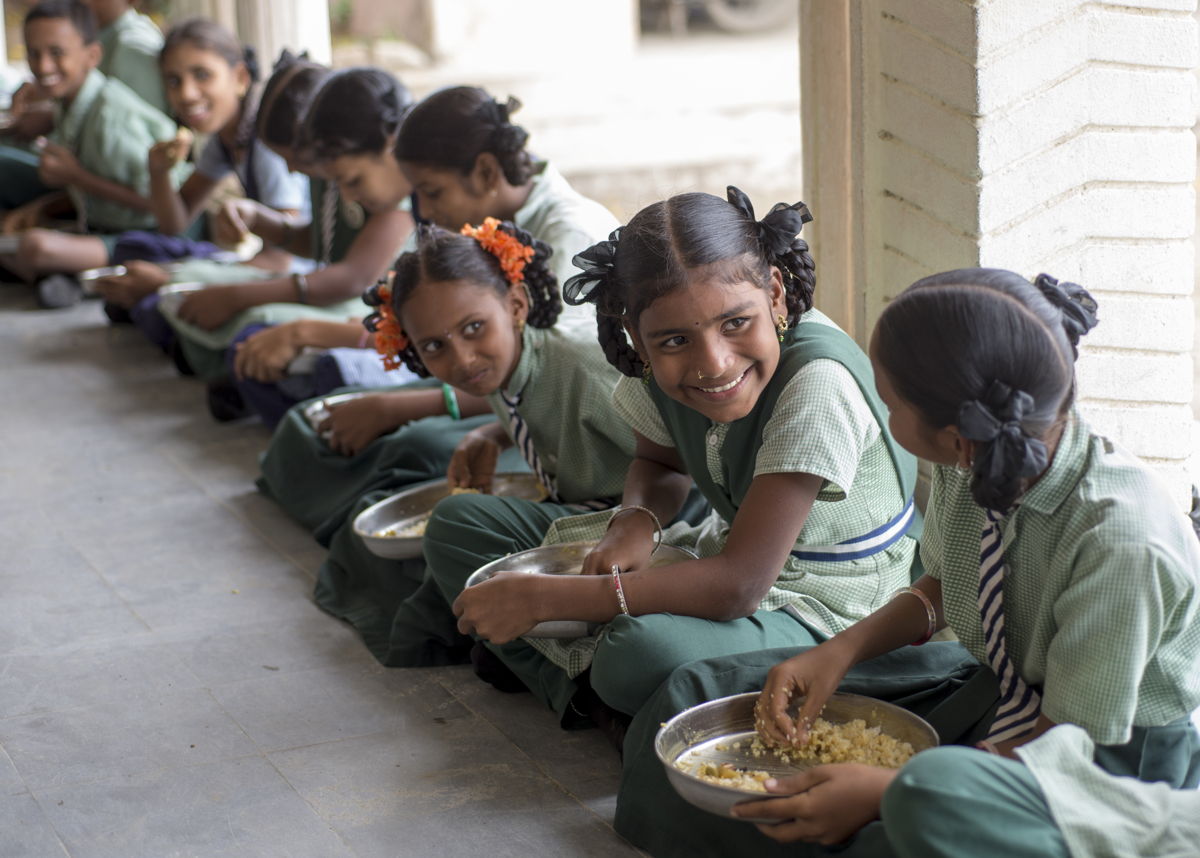 Pigeonpea dal is an important component of mid-day meals in India.

This work aligns with SDG 2.