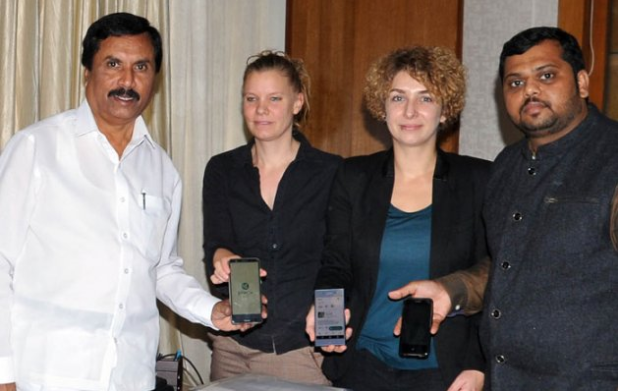 Bengaluru, 15 October 2018: Farmers across Karnataka in India will now be able to combat crop diseases with the touch of a screen. Plantix, an Android smartphone app that can detect pests, diseases and also identify nutrient deficiencies, was launched in the local language Kannada on Monday. 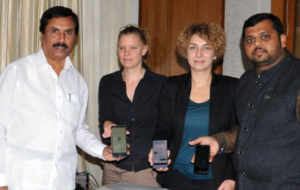 Speaking at its launch in Bengaluru, Karnataka’s Agriculture Minister N H Shivashankar Reddy said, “Plantix can be a game-changer for agriculture, even in remote corners of the state. It is heartening to see the use of smartphone technology to benefit farmers.”

Plantix, developed by German startup Progressive Environmental and Agricultural Technologies (PEAT), uses deep learning to detect more than 300 diseases, from images of crops uploaded by farmers. Besides diagnosis, the automatic image recognition app geo-tags uploaded images to monitor crop health across regions. Large-scale data is made available to users through maps. Detection is followed by detailed and easy-to-understand diagnostic suggestions. ICRISAT has been working with technology solution providers such as PEAT for profitable and sustainable farming across the value chain, specifically for smallholder farmers.

“The Digital Agriculture team at ICRISAT is constantly looking for a range of innovative solutions that benefit the smallholder farmer, by working with the agri-tech startup ecosystem in India,” noted Dr Anthony Whitbread, Research Program Director at ICRISAT, who also emphasized the potential of technology from diagnosis to marketing. “Plantix is one great example of harnessing the power of the digital agriculture revolution,” he said.

“We are honored that the Government of Karnataka officially launched Plantix. We believe that it is the absolute promise when governments, CGIAR institutions and startups join forces to work together. That is the synergy that can give farmers the support they deserve,” said Simone Strey, CEO, PEAT.

Underlining the importance of the app, Dr Sreenath Dixit, Principal Scientist and Theme Leader at ICRISAT Development Center, said the app would empower smallholder farmers of Karnataka. “Plantix can enable farmers in identifying and managing crop pests and diseases through advisories and weather-related information. An integrated community-level interaction feature in the app will further help us support them better,” he added.

Plantix has grossed 3.8 million downloads and has been rolled out in over 10 languages. The Kannada language version of the app can be downloaded from Google Play.