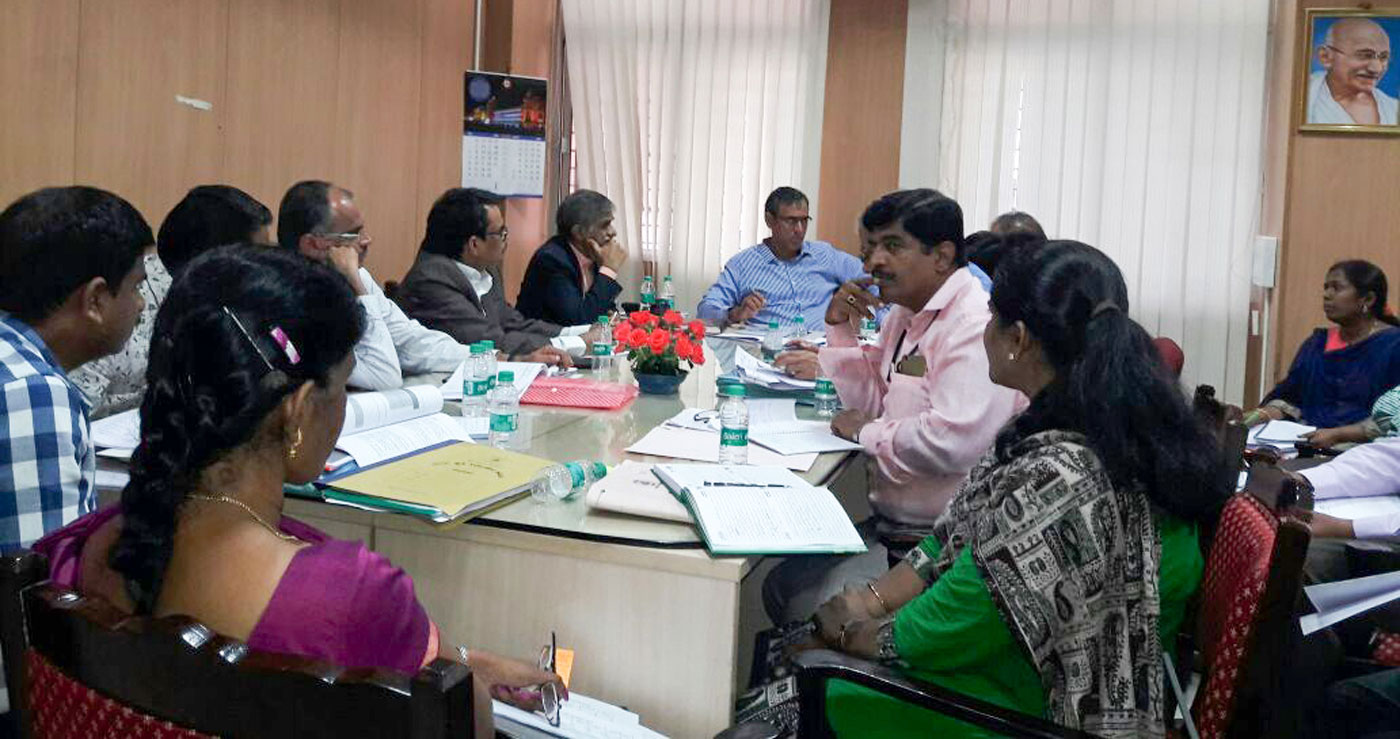 Mr Maheshwar Rao, (in blue) Secretary, Department of Agriculture, Government of Karnataka; along with Dr Sreenath Dixit (to his right), Head, ICRISAT Development Center, ICRISAT at the meeting in Bengaluru in June 2018. Photo: Dept of Agriculture, Karnataka.

The groundnut seed system in Karnataka is set to receive a boost with the Department of Agriculture, Government  of Karnataka, looking for an integrated, science-backed solution to encourage the use of improved groundnut seeds in the state. In a recent meeting, Mr M Maheshwar Rao, Principal Secretary, DoA, GoK, expressed interest in partnering with ICRISAT to develop viable, holistic seed systems for groundnut, so that agricultural value chain stakeholders, especially farmers, in the state can benefit. Noting the substantial positive impacts of the rural intervention projects – Sujala, Bhoochetana and Bhoosamruddhi – in increasing incomes and enhancing lives of millions of Karnataka farmers, he hoped that further collaboration with ICRISAT would yield significant impacts in the future too.