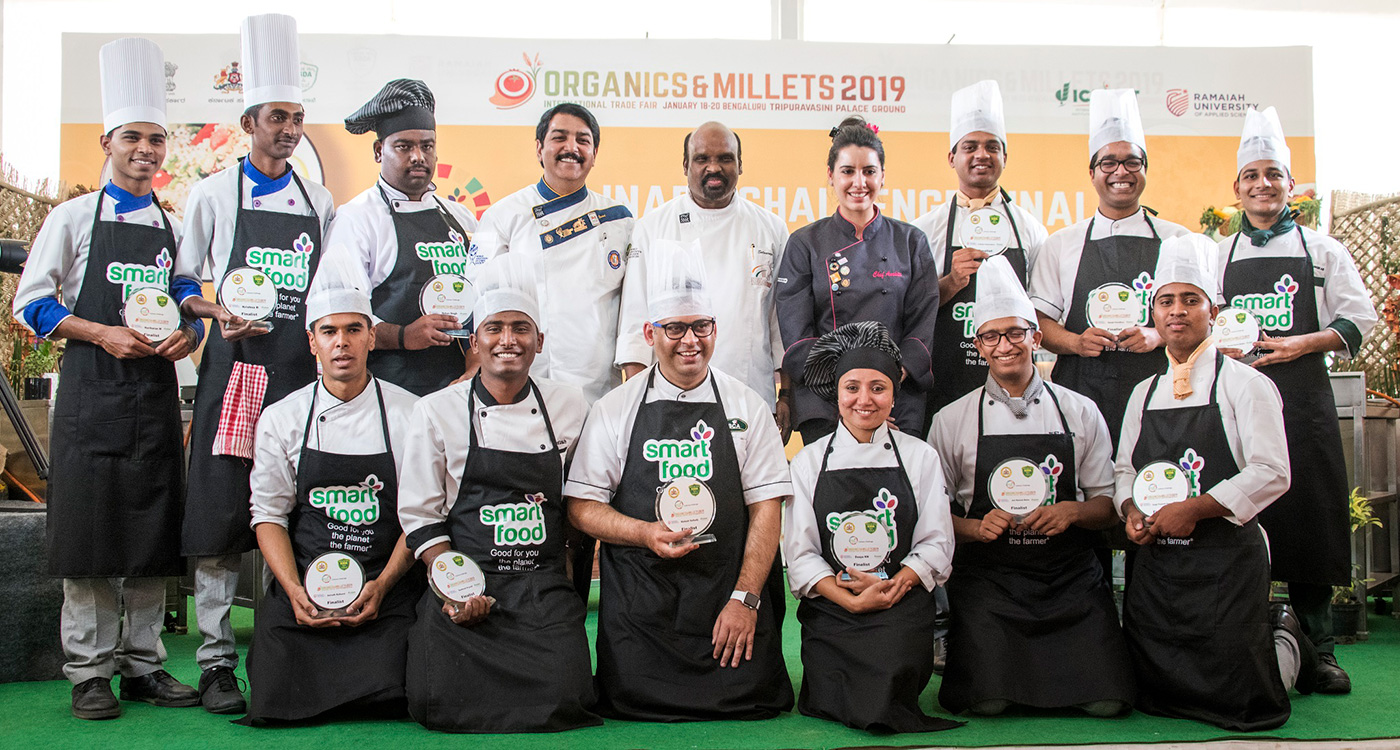 Who will be the Smart Food Culinary Champions of India? 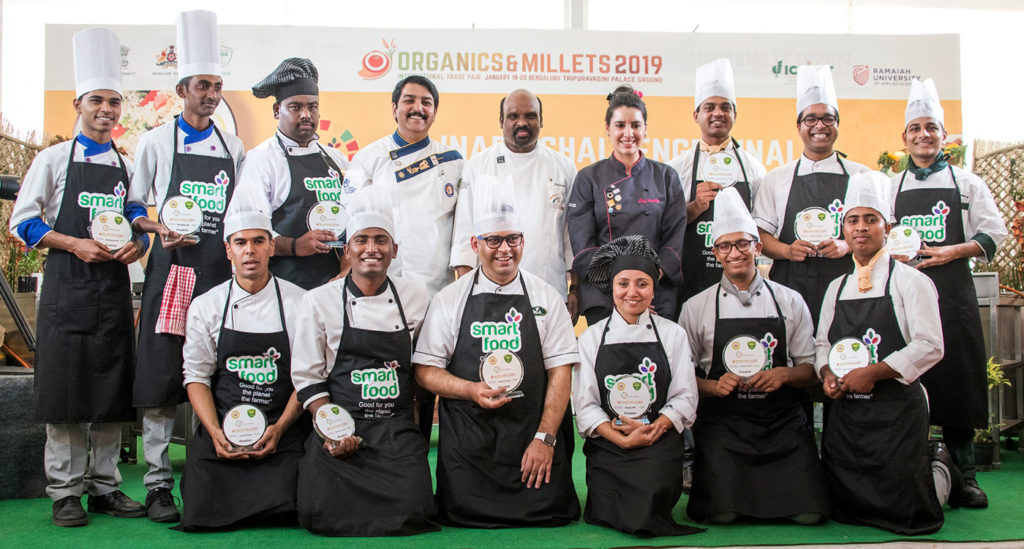 The student chefs with the judges. Photo: ICRISAT

A Smart Food Culinary Challenge video series, the first ever ‘reality show for a cause’ with young chefs from across India, was launched recently through the SmartFood Global YouTube channel. In order to popularize millets among aspiring chefs, this five-part docu-drama captures the exciting journey of 56 student chefs (28 teams) from 16 culinary institutes across India in their attempts to bring innovative millet cuisines to the table.

The series was produced for M S Ramaiah University of Applied Sciences (MSRUAS) and ICRISAT with an aim to bring millets back into the culinary mainstream. It was launched by noted gastronomes Mr Sourish Bhattacharyya, Founding Director of the Tasting India Symposium and Sanjoo Malhotra, Co-Founder of the Symposium in New Delhi.

Five episodes of the series will be released at 7 pm every Friday starting 20 December 2019.

“It has been my goal to promote our traditional foods among the youth and help them better understand nutrition. Millets deserve a lot more attention as they are Smart Food—good for you, the planet and the farmer,” said Chef Dhondy.

“This year, the competition has reached a whole new level. The students outdid themselves in using these traditional grains in both fine dining and traditional dishes,” said Chef R Selvaraju.

“The majority of the student chefs had never cooked millets but were really excited to learn about the huge variety in types and ways to cook them, ranging from savory to sweet dishes by using millets as a rice substitute, in flour and flakes or by popping them,” explained Priya Arjun, Head, Nutrition and Nutraceutical Research Centre (NNRC), MSRUAS.

“The innovative ways these students have used millets in desserts, salads and in main course is commendable. They have replaced rice completely with millets,” said Chef Bhatti.

The reality series captures the preliminary round at MSRUAS as well as the live challenge held during the Organics & Millets 2019 – International Trade Fair at Bengaluru earlier this year. The students took on a variety of dishes, from traditional to fine dining platters, desserts and beverages, using at least 50% millets, while proving that these ancient grains are versatile as well as nutritious. The young chefs impressed the judges with their hearty and wholesome three-course meals, and seven exceptional teams progress to the final round, where one team is crowned the Smart Food Culinary Challenge Champion. In addition to testing their culinary skills, the challenge also tested their knowledge of millets through a rapid quiz.

“Creating a reality show like this engages the youth with millets in a whole new way. The students were very excited to learn and connect with their traditions and at the same time accepting millets as a new age food,” noted Ms Joanna Kane-Potaka, Executive Director of Smart Food and Assistant Director General – External Relations, ICRISAT.

The video series was released during the Tasting India Symposium on 18 December in New Delhi.

Learn more and watch the releases at:
https://www.smartfood.org/project/culinarychallenge/