Restore land to sustain life: Inspiration from Yewol for all of us – ICRISAT 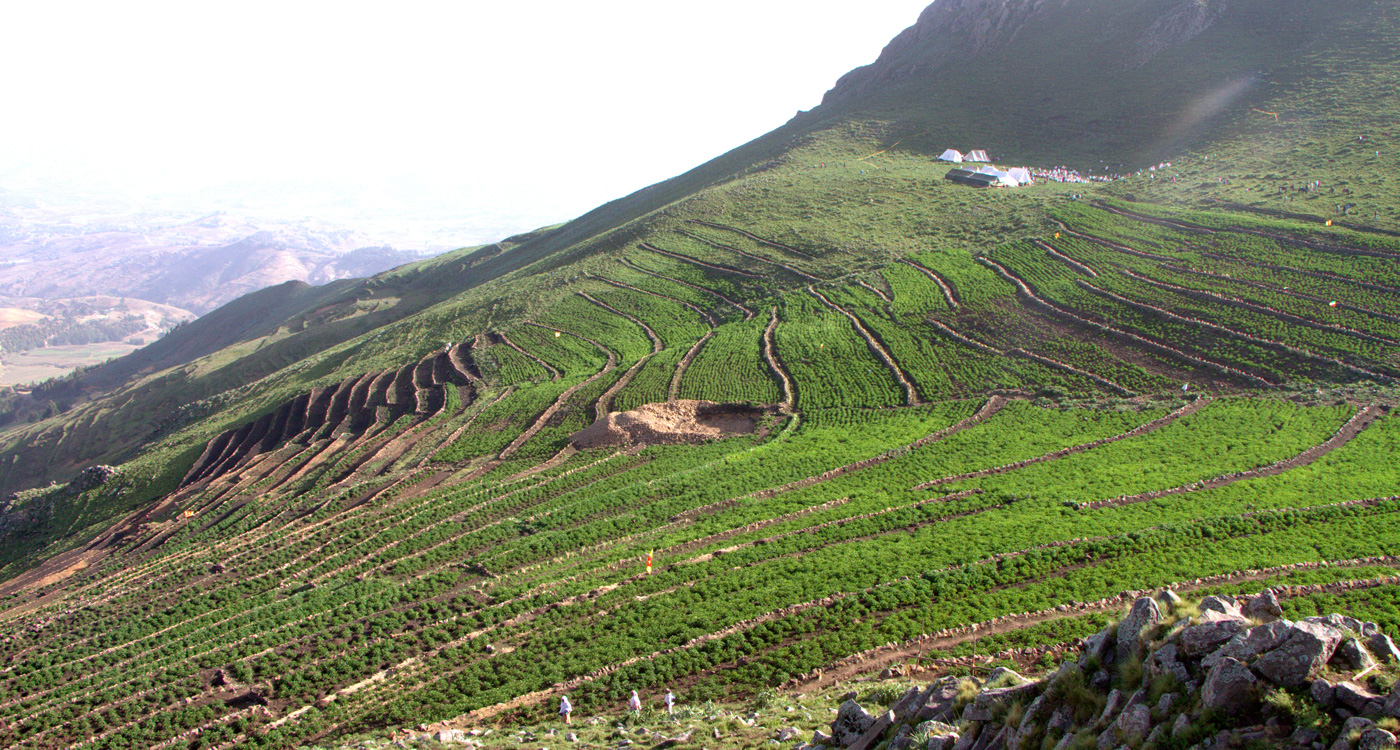 Picture shows the irrigation pond (center) that was dug up by the youth of the region. Photos: ICRISAT

WE WORKED TOGETHER
Our land is scattered. If we work individually, we cannot get there. Even the office of agriculture can’t get there. Each of us contributed 60 days to build these structures on our farms and on those of our neighbors.
– Ali Ahmed, a farmer from woreillu district

YOU CANNOT DO IT ALONE
I am from Ethiopia and want to see my country prosper. Watershed management is a very complex agenda. It requires multiple players and multiple skills. So I talked to as many people as possible, finding others who also had a vision and cared about the people and the environment.
– Dr Tilahun Amede, Principal Scientist, Natural Resources and Systems Agronomy, ICRISAT and Country Representative-Ethiopia

OTHERS ARE STILL WAITING
Almost every initiative that has come to the watershed has been beneficial. But not everyone has benefitted. There are also possibilities to scale this approach out to other sites.
– Derib Hassan, District Administrator for Woreillo

Terraced mountainsides growing a range of crops – cereals, forage and vegetables like carrot and garlic that the people had never seen before; and a wide variety of trees (even apples!) – are a common sight in Yewol today. While that’s how the fields look like, the homesteads too have gone for a change and new breeds of livestock can be spotted. Surplus fodder and crop produce from this region making its way to nearby markets is beginning to catch up.

How it used to be

Five years ago, the scenario was totally different. The agro-pastoral communities found it difficult to grow even their staple crops – barley, wheat, teff, lentils, faba bean and peas. When it rained, which most often is heavy during the months of July to September, rainwater gushed down the slopes carrying with it great amounts of soil and vegetation. Soil erosion coupled with free grazing of animals and long spells of ‘unexpected’ drought degraded the land so much that their crops began to dwindle along with their livestock. Migration was the only way out for some of them. Food shortage stalked the residents and it still is a reality for some all year through and for some during the dry season.

At a time when the people were struggling with the situation, an initiative was started by concerned local researchers with the support of the government. The project brought in the needed change among communities to join hands and work together to replenish the dwindling resources of their homeland, Yewol, which in Amharic means ‘for all of us’! 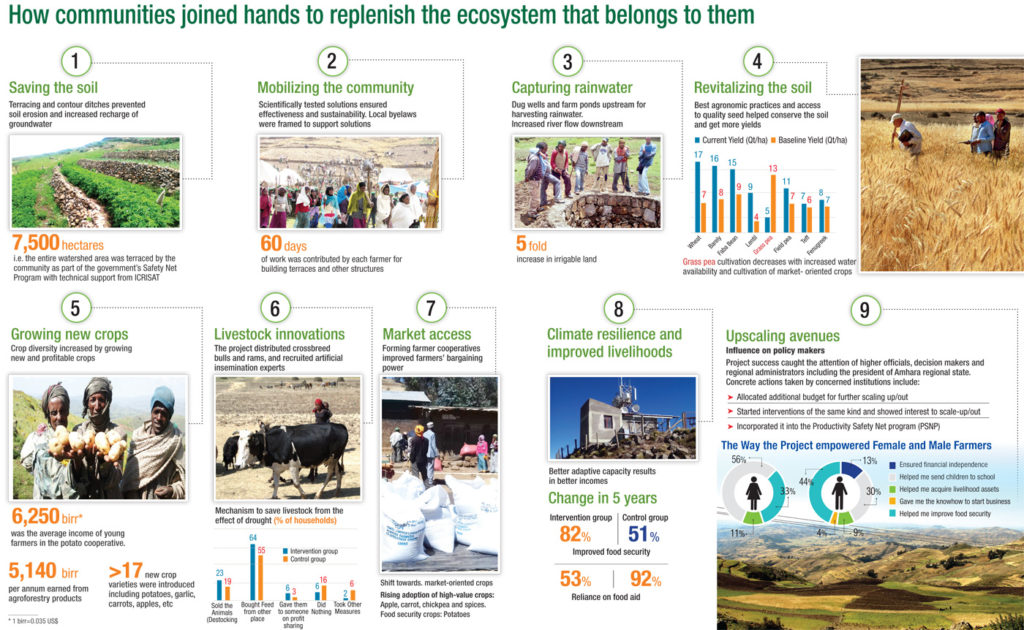