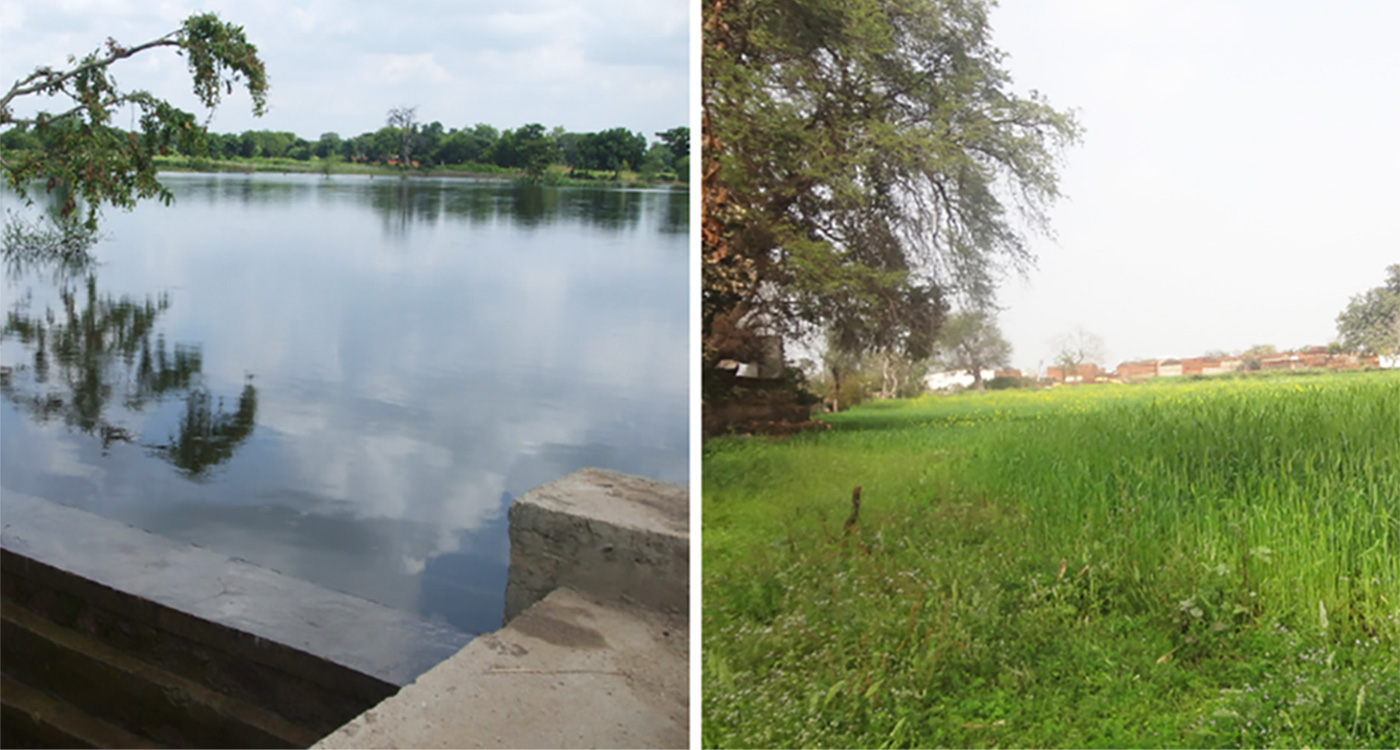 Have you ever heard of a dual-purpose farm that is a reservoir in the monsoon and a fertile farm in the next season? If you did, it might have been about the ancient Indian haveli system – a 200-300-year-old rainwater harvesting system that once greened the Bundelkhand region, one of the most drought-prone areas in India. Compared to check dams, havelis come with numerous benefits. Renovating a haveli is 10 times cheaper, the water storage capacity is on an average 20 times more and the productivity of crops grown on the silt-rich soil of the drained reservoir during the postrainy (rabi) season is higher. These observations are from a study on the haveli in one of our Corporate Social Responsibility watershed projects in Parasai village, Jhansi.

The haveli utilized 8 ha under submergence out of 400 ha (i.e. 2%) over which the village is spread. Thousands of such havelis are lying defunct in the region and their renovation can lead to better water conservation and improved crop productivity in a cost-effective way.

How it works: The havelis built centuries ago were designed in topographical sequence such that the runoff generated is harvested in a cascading manner from upstream to downstream (Prakash et al., 1998; Shah et al., 2003). The haveli acted as a reservoir during monsoon and as cultivable land post-monsoon. Provision was made to drain out impounded water during September /October to help farmers start preparing their land for rabi cultivation.

Productivity of the haveli fields is relatively higher as it holds more residual moisture, humus and nutrients as it also harvests silt and organic matter from the upstream fields. It also acts as a carbon sink (Sahu et al., 2015).

Creating awareness: It is important to note that check dams are built across village streams belonging to public/government land. Since havelis are generally located on land owned by farmers/community, their rejuvenation/repair will need community agreement. The community is aware about defunct havelis, their history and potential benefits. Incentivizing the communities to arrive at a consensus, sensitizing policy makers, identifying suitable technical expertise and capacity building are necessary to scale up haveli renovation/repair on a large scale.

The zone of influence of havelis from groundwater recharge can be much larger compared to check dams making them a preferred option of rainwater harvesting. There is a strong need to articulate the cost and benefit aspects of haveli structures in a simple and effective way in order to help policy makers make a right choice when it comes to large-scale investments in drought-proofing measures.