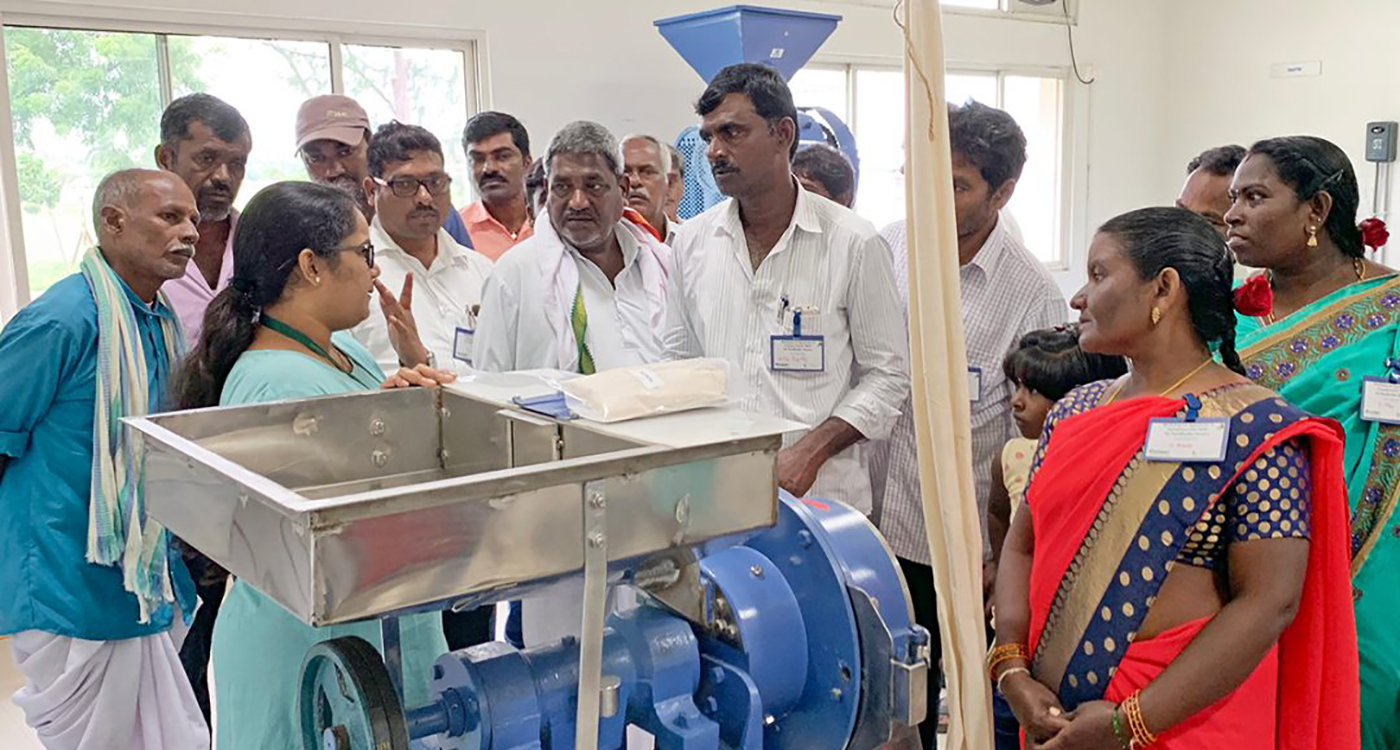 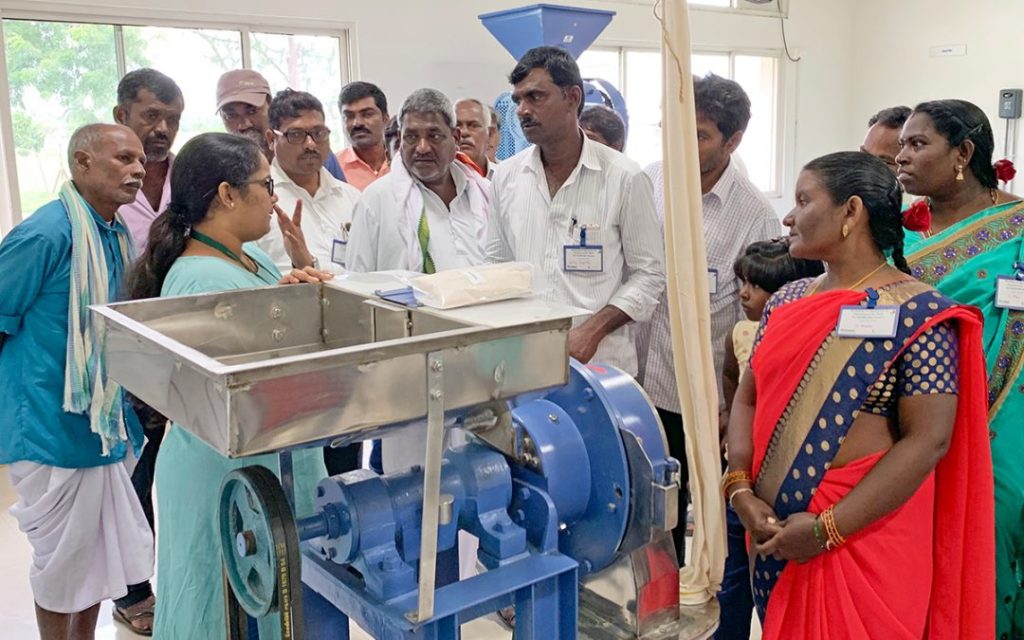 The return of migrant workers to their villages offers an opportunity to give agribusiness a leg-up.

For the first time in years, amidst the Covid-19 crisis, the general population in India seem to have become increasingly aware of the importance of the migrant workforce. As per the 2011 census, there were about 56 million interstate migrants in India and a majority of them resided in the big urban centres. If Uttar Pradesh, Bihar, Rajasthan and Madhya Pradesh accounted for more than 50% of India’s total interstate migrants, then,  Maharashtra, Delhi, Gujarat, Uttar Pradesh and Haryana housed 50% of those  interstate migrants. These shares are much higher than the share of these states in India’s total population. Interestingly, Uttar Pradesh figures in both lists—people left the state  for their livelihood as also people who migrated from other states for their livelihood. Odisha, Jharkhand, Chhattisgarh and West Bengal also account for a large number of interstate migrants.

In recent years, there has been an increasing flow of migrants to Karnataka, Telangana, Andhra Pradesh, Tamil Nadu and Kerala on account of greater opportunities in the Southern states. Labour migration theorists argue that wage differentials are not the only motivation for migration; there is also collective decision-making at the household level based primarily on their desire to mitigate risk through the migration of certain family members, to ensure income stability through diversification. A sense of ‘relative deprivation’ also acts as a motivation for migration, as households in surrounding communities observe others in their neighbourhoods receiving the economic benefits of remittances.

Migration Crisis and its Solutions

During the first phase of the lockdown, media reports highlighted the distress and hunger faced by migrant workers. A number of state governments and the Central government announced welfare measures in May to provide free food grains for the next two to three months, workers’ special trains and cash transfers. There have been challenges in mobilising the announced support to the needy migrants. Moreover, most employers and contractors left the workers to their own fate.

There has been a severe lack of coordinated efforts  at the workplace, ward and district level to provide migrants sufficient food, shelter and assurance of employment in the near future. This crisis has been compounded by the loss of regular wages and depletion in their meagre savings with no clarity on their future prospects. As a result, some of them seem to have lost their trust and confidence in the State. Therefore, despite transport arrangements by the Centre and respective state governments, however limited, migrants continue to move on foot, bicycle and other limited transport means towards their home states.

Limited access to food due to loss of income, disruption in school meal programmes and ICDS are also going to have serious consequences and may lead to a further surge in malnutrition. There is a need to have coherent and coordinated efforts, especially by the concerned state governments, to facilitate migrants to stop wherever they are and arrange temporary shelter and food and subsequently, provide transport to the destination states.

There is a need to learn from this crisis and create a safety net for both the semi-skilled and skilled migrant workforce. Creating a national and state-level Aadhar linked database of migrant workers will improve the targeting of support to them during such crises and help in coordinating efforts for their welfare. The implementation of One Nation, One Ration (ONOR) Card which entitles beneficiaries to claim subsidised food irrespective of their place of residence is a very desirable step by the Central government. Continuous capacity building of the workforce and providing migrants reasonable living conditions with provision of housing for minimum number of workers, especially for industries which are essential in nature, will make the system more resilient.

After their recent experiences, the migrants may not return for the next couple of months. Indeed, 15–20% of them may not from their home states at all. This presents a major challenge as well as a big opportunity for the local governments. It would pose a serious policy challenge to provide employment to these additional people in the absence of remittances in an already stressed rural economy. Expanded MGNREGS including agriculture and agro-forestry, and free food grains for next few months can provide immediate relief to these returnees.

Many of these migrants are well-trained, have been exposed to non-agricultural livelihoods and have higher aspirations. It provides a good opportunity for the respective state governments and industries to utilise this trained human resource in creating and promoting rural-based small and medium businesses, non-farm and agro-based value addition and tertiary service provisioning enterprises. Many of these returnee migrants may also prefer to work in their marginal farms and therefore, it is advisable for states to facilitate such migrant labourers and landless workers to ‘lease in’ lands from those willing to rent out.

Many components of the Union government’s package of INR 20 trillion under the Atmanirbhar Bharat initiative presents a good opportunity to promote several non-farm and allied faming enterprises utilising rural people including returnee migrants in boosting the rural economy. Support for formalisation of Micro Food Enterprises (MFE) is one example, that could be leveraged in establishing viable enterprises based on nutritious and smart foods like millets, legumes, local fruits and herbs. Post-Covid, there is likely to be greater health consciousness and consequently, a higher demand for such nutritious and healthy foods among people to boost their immune systems. Promoting diversified and nutritious food by strengthening appropriate value chains has to be a priority of the country as malnutrition is one of its biggest national challenges. Enterprises that can add value to healthy local food products with assured quality, connecting rural and urban consumers could also be a good opportunity. Easy access to cheap credit, further needs-based capacity-building and handholding support will be key to harness economic opportunities through livestock and dairy, honeybee-keeping, fisheries and other area specific agro-based enterprises. Agricultural market reforms, deregulation of key agricultural items from the Essential Commodities Act and significant public investments to strengthen agro-infrastructure and logistics  announced by the Central government can help open multiple value addition and agribusiness avenues if appropriately leveraged by the state governments.

There is a need to plan and organise promising agricultural value chains and non-farm enterprises and activities at the decentralised level of panchayats, blocks and districts. Appropriate professional teams including consultants, private sector professionals, government research and development institutions, and NGOs may be involved in coordination with governments in mapping area-specific opportunities, availability of skilled and semi-skilled workers and scope for leveraging the Central government’s recent economic package for creating employment and growth. As per government policy, area/district specific products and brands may be promoted with focus on better nutrition, value addition and climate resilience.

Finally, building capacity and creating competition for the workforce by involving different states and industries, and eschewing restrictive inspection regime, will be key to improving their condition. This is a good opportunity for the labour supplier states to make it happen.

Views from the authors are personal.