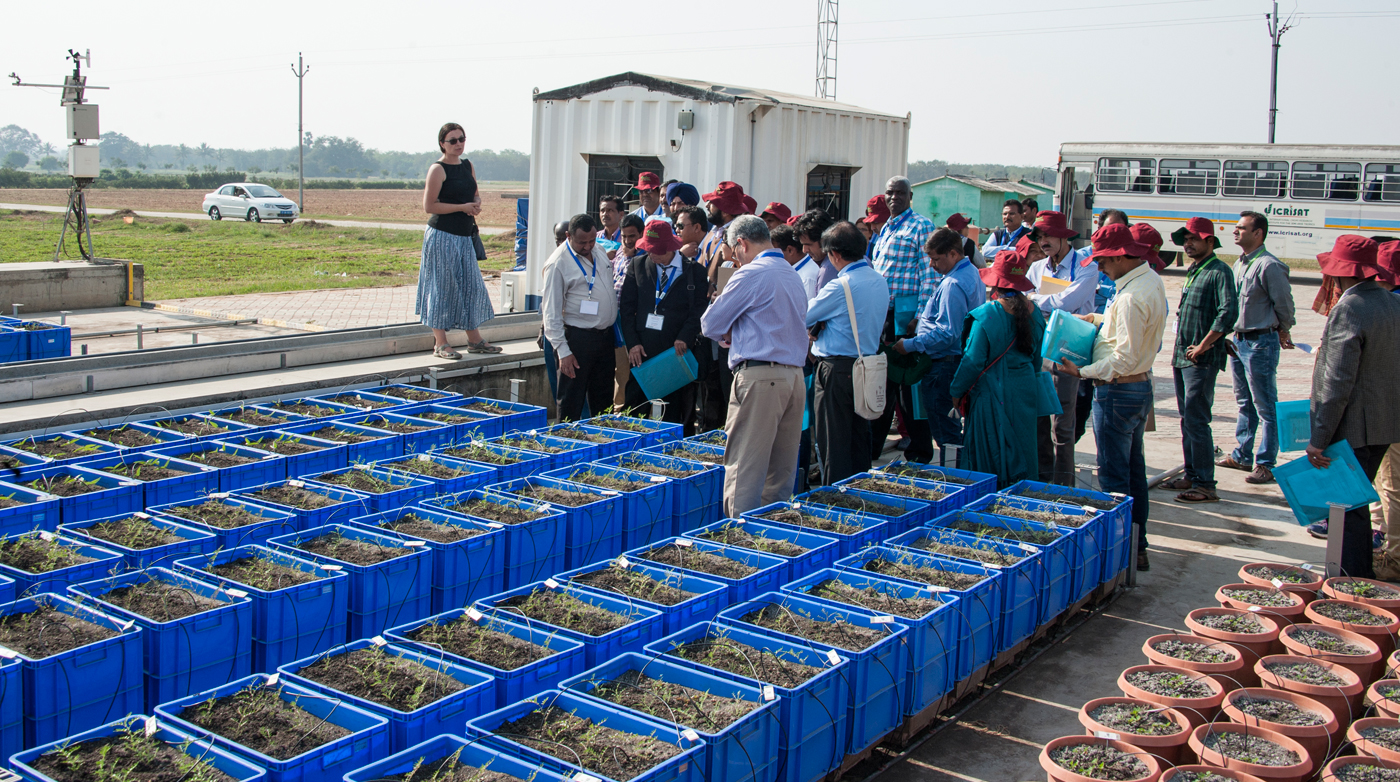 Scientists from Asia and Africa called for sustaining research efforts to reap greater gains given that global chickpea production, buoyed by recent increases in India’s output, is inching towards the 15 million ton mark.

“India was producing 5.5 million tons and now it is 11 million tons. Chickpea has become a mega crop and its growth in the last five years is unlike any other crop’s in the country,” said Dr NP Singh, Director, ICAR-Indian Institute of Pulses Research (IIPR). He was speaking at the Chickpea Scientists’ Meet held recently at ICRISAT. The meet is organized biennially at ICRISAT-Patancheru.

Being the largest producer of chickpea, India is also its biggest consumer and imports the local variety, commonly referred to as ‘desi’. The ‘kabuli’ variety, with larger seeds, is produced in surplus, warranting export. Production has increasingly shifted from northern India to central and southern India, where vast tracts of land came under chickpea cultivation since the Green Revolution. ICAR’s collaboration with ICRISAT resulted in breeder seeds for most varieties that are now in use with three varieties being released in the last two years alone.

Dr Pooran Gaur, Research Program Director – Asia, said that ICRISAT’s collaborations with Myanmar’s Department of Agriculture and with national partners in Africa had resulted in the release of most varieties that are currently in use in those countries. He also noted that the number of female chickpea scientists had steadily increased over the years.

“Chickpea research is helping the agriculture research landscape find gender balance. Steps taken for that at all levels of education are showing results. There now are more women in chickpea breeding than ever before,” he said.

Dr Robert O Kileo from Tanzania’s Agricultural Research Institute said that chickpea production, yield and area under production increased significantly after the second phase of the Tropical Legumes project. Further research was needed to combat biotic and abiotic stresses, and to address socio-economic challenges, he said.

The visiting scientists toured chickpea fields on ICRISAT campus to identify and select lines for subsequent breeding. Plant type, suitability for machine harvesting, and resistance to Fusarium wilt were among the traits researchers sought.

Dr Peter S Carberry, Director-General, ICRISAT, lauded the multi-institutional efforts in chickpea improvement and mentioned that the crop was now being preferred over others like wheat owing to productivity and profitability. The meet was organized on 4-5 January 2018 by ICRISAT’s Research Program-Asia and was supported by the CGIAR Research Program on Grain Legumes and Dryland Cereals.