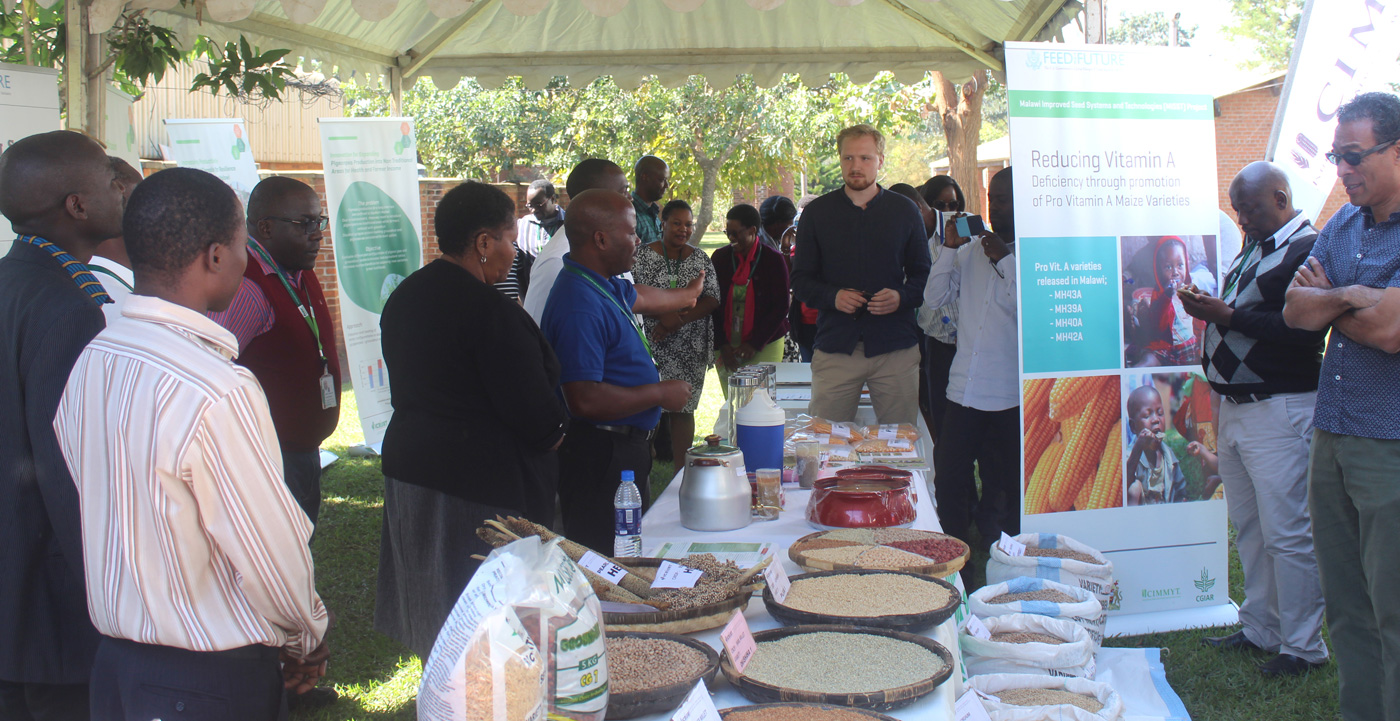 An Innovation Open Forum was organized at ICRISAT-Malawi to bring together donors, government officials and other stakeholders in the agriculture sector.

Among the innovations showcased were:

New dryland cereal and legume varieties: This included 12 ICRISAT-bred groundnut varieties, as well as promising sorghum and millet materials in the pipeline with potential to boost production in the drought prone areas of Malawi. Efforts that are underway, in collaboration with the Nairobi and Ethiopia programs, to fast-track the release of chickpea varieties for commercial production in Malawi was highlighted during discussions.

Newly-introduced ‘Double up legume technology’: This involves intercropping pigeonpea and groundnut. Due to this intervention, the average yield of all ICRISAT mandate crops increased from 800 kg to 1100 kg per hectare. The technology will be used to promote pigeonpea in the crop’s non-traditional areas, namely, the central region of Malawi where groundnuts are the main legume.

Other technologies that were showcased included agronomy and small farm mechanization, post-harvest handling and food safety technologies focusing on aflatoxins and nutrition, as well as management tools for programs and research activities.

The forum was organized to mark Dr Bergvinson’s visit. Summing up the forum’s objective, Dr Bergvinson said, “We want to focus on innovations that allow farmers to reap the full benefits of their efforts. Once we show farmers that the innovations are responding directly to their problems, we can be assured of their increased adoption, which translate to increased impact of our efforts.”

Strategic partnership for scaling up sorghum and pigeonpea production in Malawi