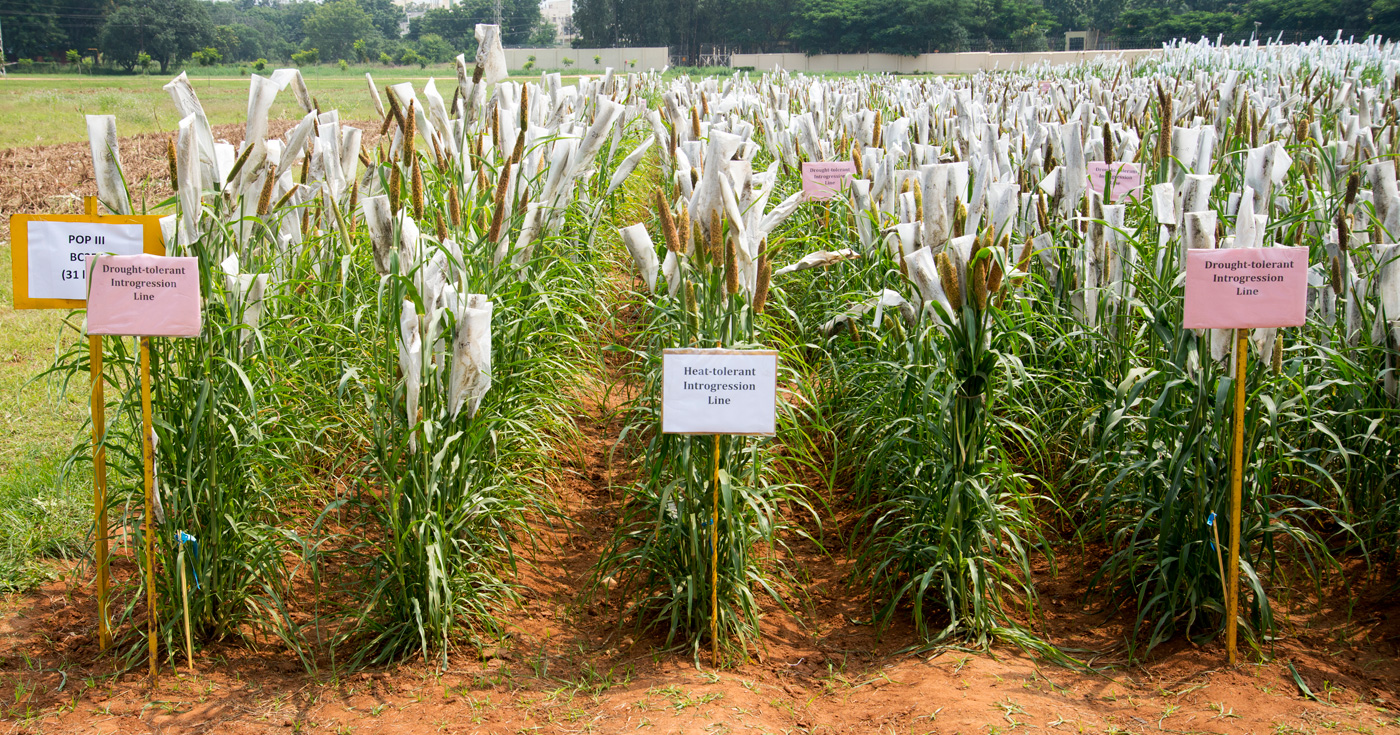 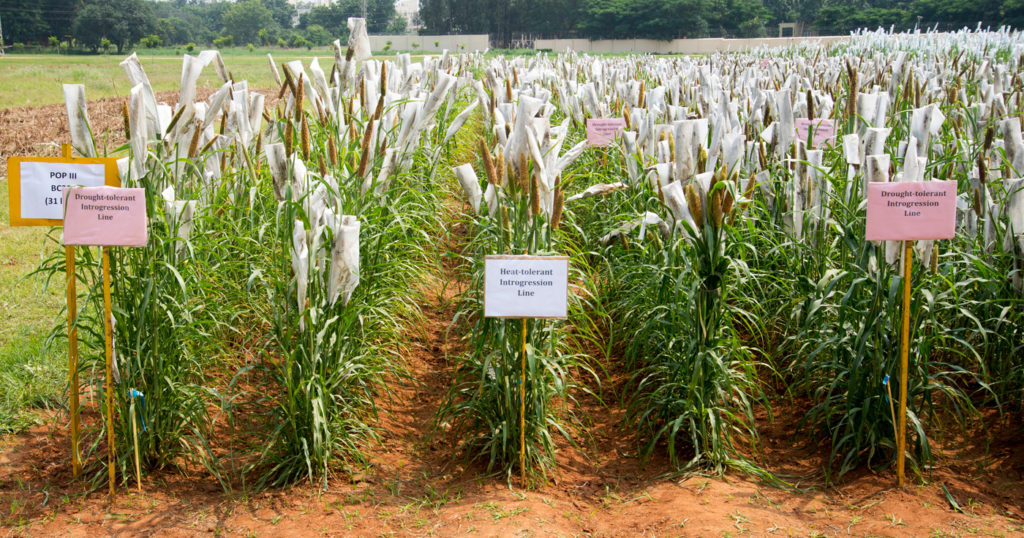 Efforts to develop pearl millet with improved resistance to drought and blast disease recently got a major boost. The identification of promising introgression lines after multi-location trials, will help accelerate development of new varieties and increase pearl millet production and productivity.

Pearl millet is an important source of nutrition for millions of people in the drylands of sub-Saharan Africa and South Asia. However, pearl millet blast and extreme weather conditions are serious threats to its cultivation. This underlines the importance of identifying sources and breeding for drought and blast resistance.

Supported by the Global Crop Diversity Trust (GCDT) and the CGIAR Research Program on Grain Legumes and Drylands Cereals (CRP-GLDC), ICRISAT scientists from the Pre-Breeding Theme are addressing these challenges under the project ‘Synthesis of new abiotic and biotic stress tolerant genepool through introgression of alleles from wild species into pearl millet cultivars’.

Dr Sharma’s team then evaluated these populations for heat tolerance in the summer months of 2017 and 2018 across three locations in western and northern India – SK Nagar and Tharad (Ahmedabad, Gujarat) and Agra (Uttar Pradesh).

These tests were conducted in collaboration with partners from Pioneer Overseas Ltd, Bayer BioScience Pvt Ltd, and Metahelix Life Sciences Ltd. This resulted in the identification of 33 heat-tolerant introgression lines that show more than 70% seed set under air temperature above 40°C.

These populations were also assessed for drought adaptation in the rainy season in 2017 and 2018 at two locations in North India – Bawal and Hisar (Haryana) – in collaboration with Chaudhary Charan Singh Haryana Agricultural University, Hisar. This led to the identification of 25 introgression lines with improved drought tolerance based on the panicle harvest index.

These four pre-breeding populations would now be taken forward by the National Agriculture Research System (NARS) partners in Niger through the ICRISAT pearl millet breeding team.

These key results from the ongoing research were discussed during a field day organized at ICRISAT during 3-4 October 2018. The event was attended by representatives from the public and private sector across five countries – India, Kenya, Niger, Iran and Brazil. It provided an opportunity for participants to visit the pre-breeding material facility at ICRISAT and gain a deeper understanding of utilizing promising introgression lines in breeding programs.