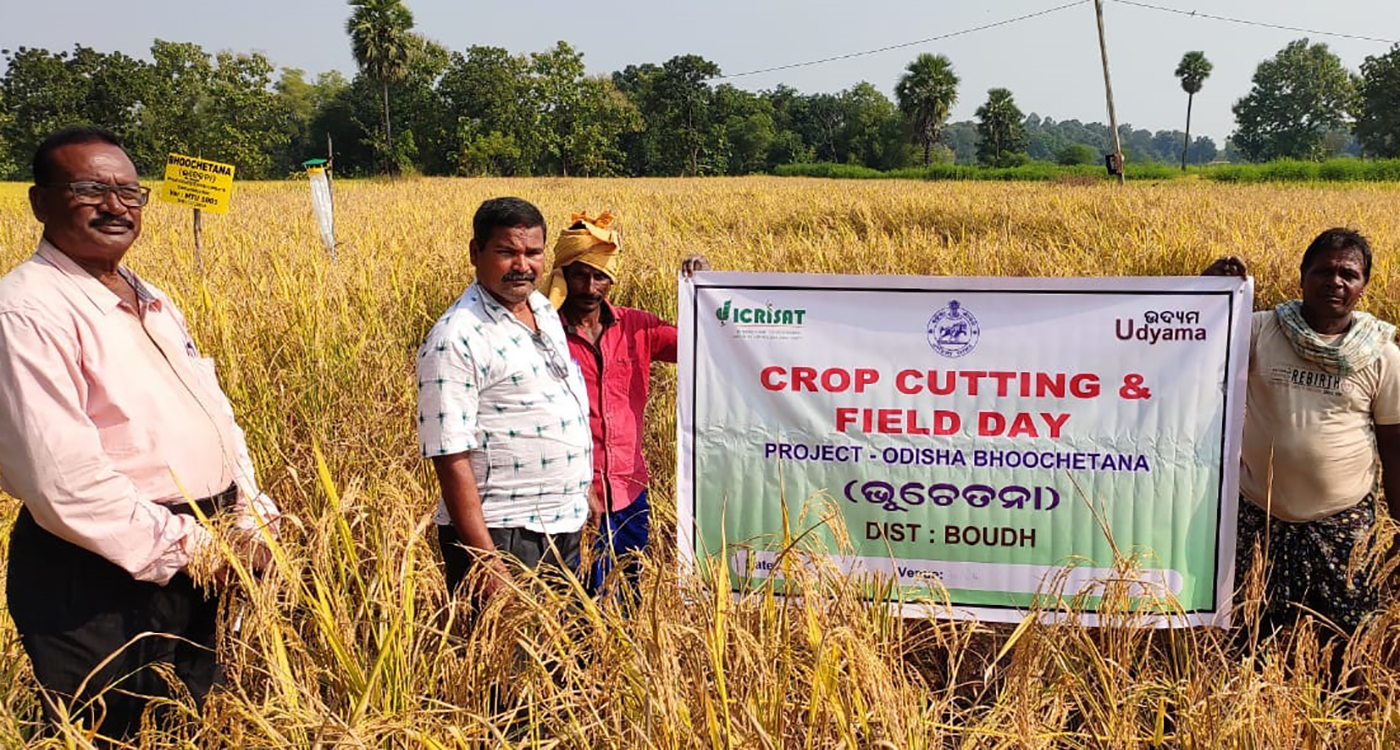 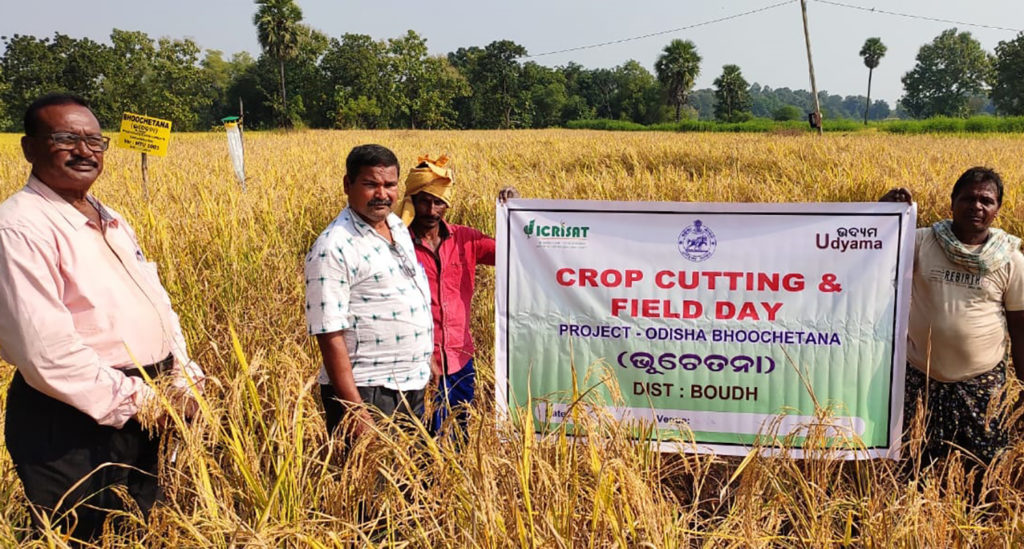 Under an extensive soil health mapping program in Odisha state, India, over 40,200 soil samples from farmers’ fields across 309 blocks in 30 districts were collected and analyzed, and recommendations made in response to the micronutrient deficiencies in the soil. Also, best management practices for increasing crop productivity were shared via 8,000 demonstrations, and two soil testing laboratories were upgraded into referral laboratories for the entire state. Based on the learnings from the pilots in the state, it is estimated that if improved nutrient management is scaled out in even 50% of the cultivated areas, the state’s agricultural productivity will increase by at least 10%.

All this was done under the project Bhoochetana – a multi-stakeholder project with more than 20 local NGO partners, the Odisha University of Agriculture and Technology (OUAT), the state’s Department of Agriculture, and ICRISAT. It has a mandate of improving crop productivity and rural livelihoods through scientific natural resource management.

The soil health mapping initiative revealed widespread deficiencies of micronutrients and secondary nutrients; about 80% fields were deficient in boron, 42% in zinc, 51% in sulphur, 28% in magnesium and 43% in carbon (Figure 1). Therefore, recommendations were developed to include deficient micronutrients and secondary nutrients, and optimize macronutrients. This information was shared with agriculture officials, who, in turn shared it with farmers through Soil Health Cards.

Moreover, tools such as online GIS maps along with block-level inputs, relevant calculations and tablets loaded with analysis and recommendations are ready for handing over to officials for effective decision making.  (http://odmaps.s3.ap-south-1.amazonaws.com/map.html; http://111.93.2.168/odsoil/).

Additionally, over 8,000 demonstrations were carried out in 30 pilot sites (each site comprising 500-1000 ha in each district) to highlight that the adoption of need-based input management or improved varieties can help increase crop productivity by 20-50%, resulting in higher profits for smallholder farmers (Figure 2). In the process, more than 25,000 farmers were taught how to implement the code of fertilizers.

Figure 2. Response of crops to improved technologies in pilot sites in Odisha during rainy 2019 season

The Odisha state government reviewed the status of the soil testing laboratories in the state and collaborated with ICRISAT to transform two identified laboratories in Bhubaneswar and Sambalpur respectively into referral laboratories. This will empower these labs to validate the data generated by district-level soil laboratories, thereby building a centralized database. These labs will also cater to the state’s need for precision analysis for a large number of soil, water, fertilizer and plant samples in a short time. Also, the laboratory staff will be trained according to international guidelines, as per a long-term development plan for the entire soil health management system.

To implement this scaling out, more than 2,600 officers in the Department of Agriculture have been informed about the above learnings and the process to be followed for impacts in the state. This program is a way forward to improve crop productivity and profitability by gainfully employing the smallholder farmers and also to lessen their migration to urban areas.

To know more about our work in Natural Resource Management, click here.