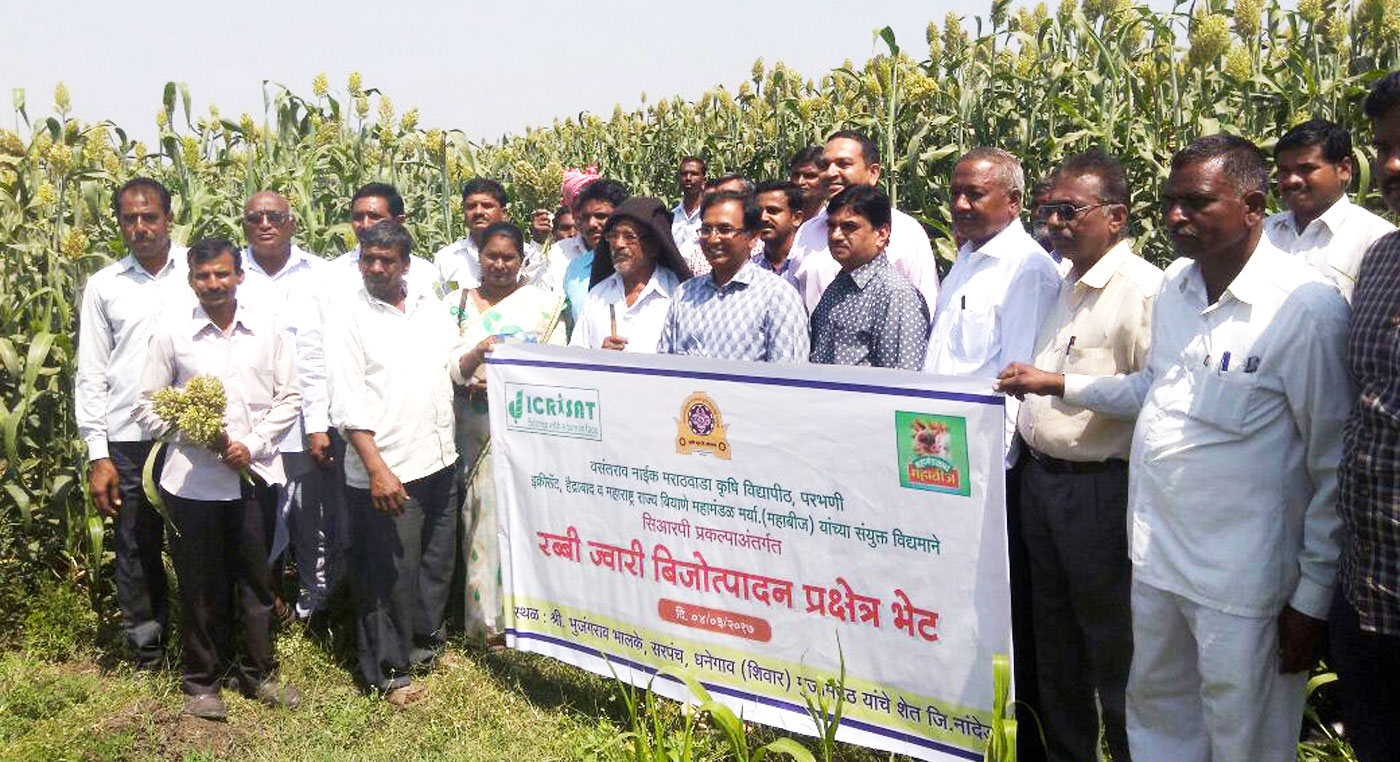 As a result of the efforts of the consortium, the production of improved sorghum seed has increased from 300 tons in 2013 to 3000 tons in 2016. The improved varieties are now widely used in the Western Maharashtra and Marathwada regions of Maharashtra. The traditionally popular post-rainy sorghum cultivar M 35-1 (Maldandi) is being replaced with improved varieties, resulting in enhanced crop productivity. Grain yields have increased by 40% and stover yields by 30%. Economic analysis of seed production showed that seed growers get a return-cost ratio of 2.21 compared to 1.44 for grain producers.

Currently, seed production of improved sorghum cultivars is taking place on 3000 farmers’ fields in Maharashtra and the improved seeds are delivered to 300,000 farmers across India (8% of total post-rainy sorghum farmers in India) annually. Being open-pollinated cultivars, these seeds are reused and exchanged with fellow farmers. Indian national agricultural research systems (NARS) and ICRISAT also support the farmers with improved management practices.

Post-rainy sorghum is grown on 4 million ha in India. Although sorghum is prized for its grain and fodder, in the past few decades, terminal drought stress, low temperatures at flowering and farmers’ preference for the bold, lustrous white grains in adapted landrace cultivars had limited the genetic variability in sorghum crops. This, coupled with limited efforts for hybrid development, had resulted in a low acceptance (20%) of improved cultivars of sorghum in India.

To improve this situation, the consortium was formed as an exit strategy in 2013 when the Harnessing Opportunities for Productivity Enhancement (HOPE) of Sorghum and Millets project, funded by the Bill & Melinda Gates Foundation, completed its activities in India.