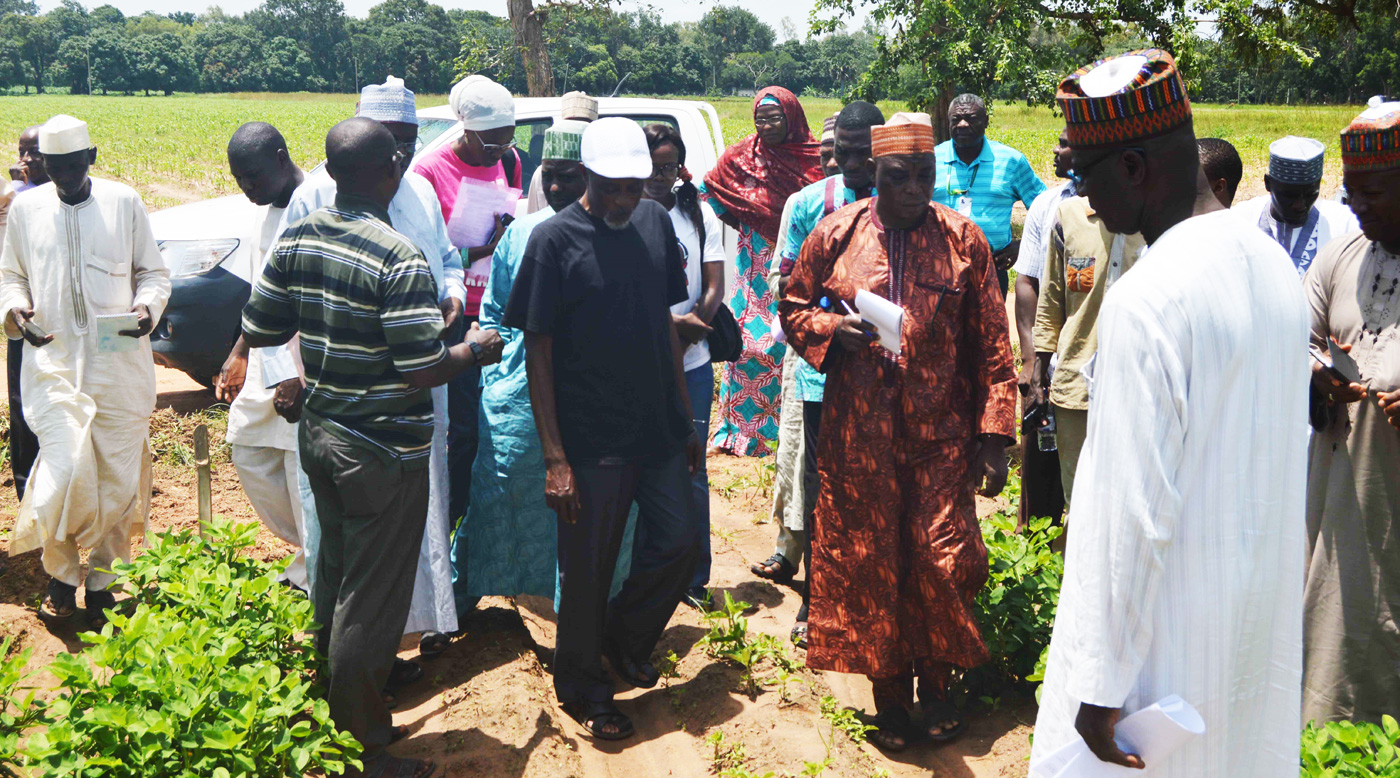 Groundnut is acknowledged to be important to Nigeria’s economy – both commercially and nutritionally. The most commonly grown crop in Nigeria, the legume is an affordable source of protein, edible oil, and micronutrients to millions of small-scale farmers’ and farm families on the African continent. As a result, there are a number of development projects aimed at promoting the legume. In development landscapes, crowded with numerous actors, creating and strengthening synergies is a difficult but core requirement of project implementation. If well-articulated, synergies can result in more efficient and effective program delivery.

While driving to further develop improved groundnut cultivars, researchers involved in the USAID-funded Groundnut Upscaling, and the Bill & Melinda Gates Foundation -funded Tropical Legumes – Phase 3 (TL III) projects are building on the momentum created by the Groundnut Value Chain project, in addition to earlier versions of the Tropical Legumes project in Nigeria.

Both projects are promoting the adoption of released groundnut varieties to a wide range of value chain actors, and putting in place sustainable seed systems, while contributing to the development of institutional and human capacities in the national agricultural research systems (NARS) of Nigeria.

While the TL III project is being implemented by plant breeders and cropping systems agronomists, the execution of the USAID Groundnut Upscaling project is led by a socio-economist and technology uptake specialist with skills in gender mainstreaming and project planning. On the ground, both projects benefit from the recurrent services of Focal Persons of the State Agricultural and Rural Development Authorities, who coordinate the efforts of farmer-contact agents in local government bodies of each state.

In this scenario, skills and experiences drive reciprocal dealings between the USAID Groundnut Upscaling and TL III projects. Since the main cropping season of 2016, concerted efforts between both projects are visible through a number of action points, notably:

On each of these counts, experts from both projects have brought irreplaceable knowledge and skills on board. Their combined skill set and experiences are enhancing impacts beyond the institutional prescriptions of the two projects. Overall, awareness on all classes of improved groundnut varieties, the extent of their use (adoption), abilities of the actors engaged and sustainability of the seed system have all seen marked improvement. In other words, leveraging the skills, expertise and resources of both projects to work towards common goals is giving rise to enhanced project delivery – helping achieve better outcomes than if each of the projects worked independently. Click here to read about similar work being done in Nigeria by ICRISAT.